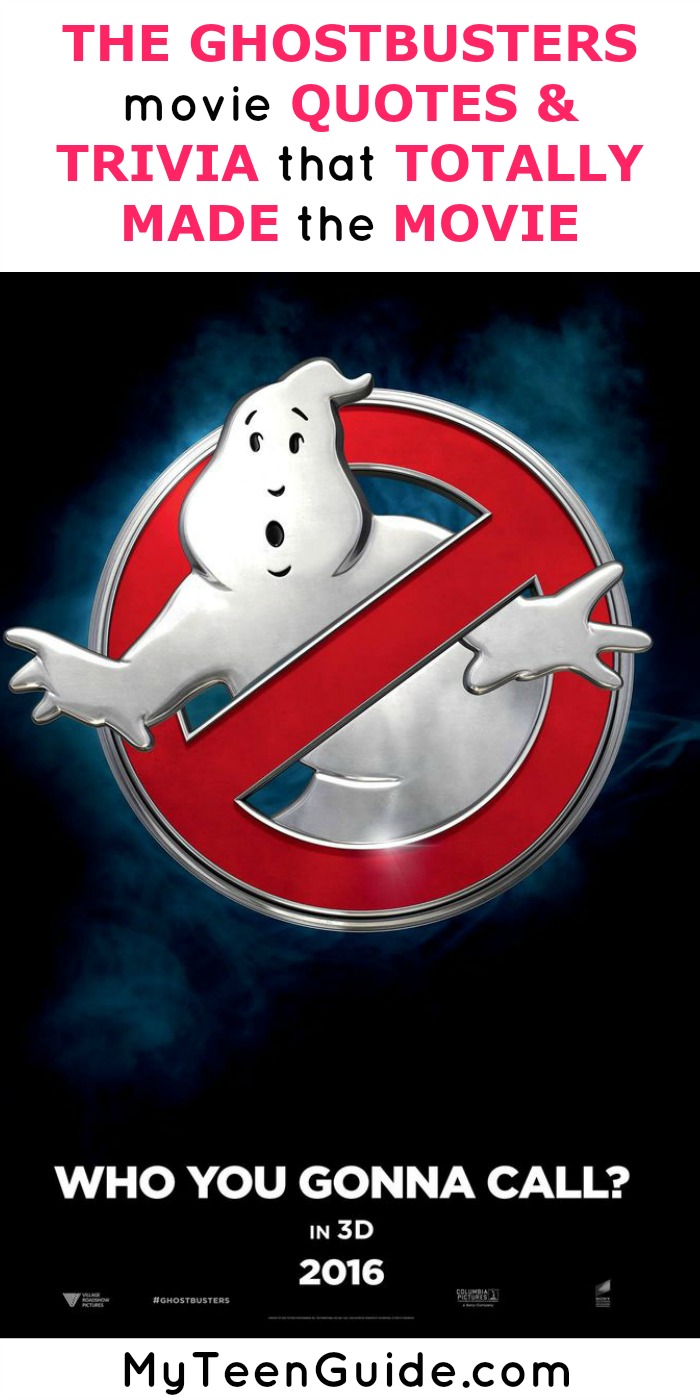 I’ve got the Ghostbusters movie quotes and trivia to get you pumped. Trust me, I ain’t afraid of no ghosts! Are you? Below I’ve included some info about the new movie, along with the new trailer! Check out all the new bits about the new Ghostbusters film below!

The Ghostbusters Movie Quotes And  Trivia

Conversation between Abby and Erin:

Erin: “That’s okay, she seems…peaceful. My name is Erin Gilbert, doctor of parallel psychics.” (then, the ghost throws up on Erin).

Patty, as she jumps into the mosh pit, landing on the ground after the crowd moves away:

From the 1984 Ghostbusters film- Conversation between Janine and Winston:

Winston: “Ah, if there’s a steady paycheck in it, I’ll believe anything you say.”

On July 15, answer the call. #Ghostbusters

Several of the cast members from the 1984 flick will have cameo appearances in this film including Bill Murray, Dan Aykroyd, Ernie Hudson, Annie Potts and Sigourney Weaver.

The first official trailer was released on March 3, 2016, and was named by YouTube as one of their most disliked videos in their history.

While the other Ghostbusters movies were directed by Ivan Reitman, this one is directed by Paul Feig. Paul Feig is also known for directing lots of other films including the 2006 Unaccompanied Minors, the 2011 Bridesmaids, and the 2015 Spy.

During the 1984 Ghostbuster, there were 3 suits made for the Stay-Puft Marshmallow Man. The suits cost about $20,000 for each one.