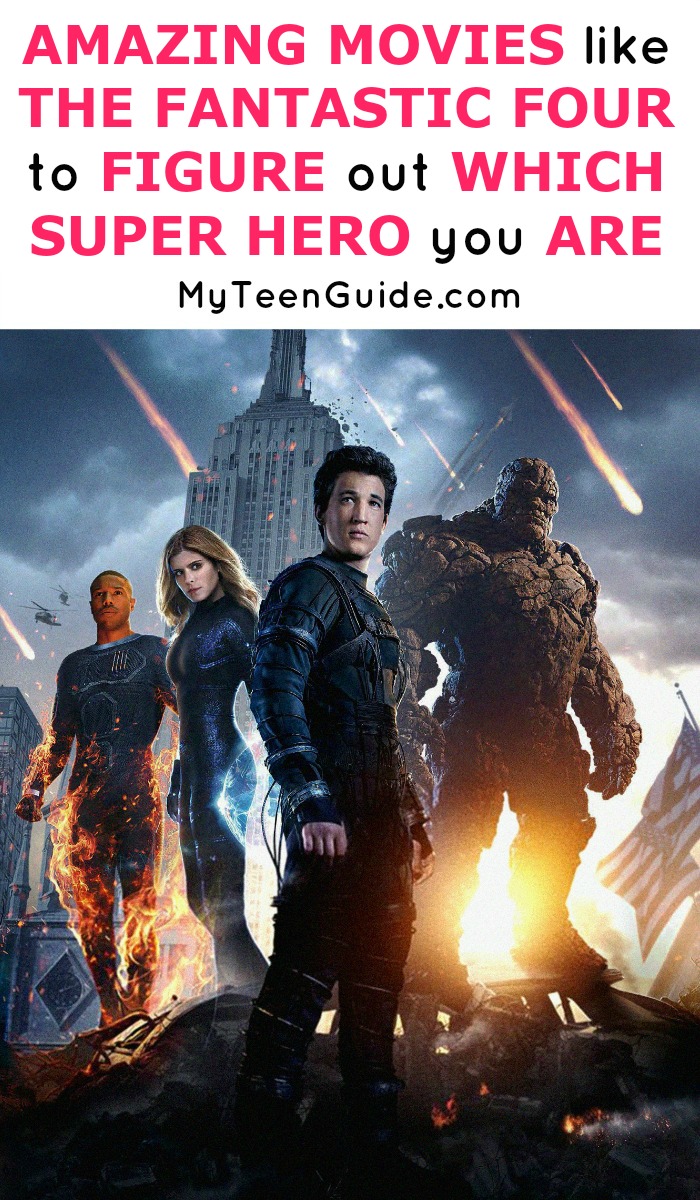 There are so many good superhero movies to watch if you like action and danger, but movies like The Fantastic Four are some of the ost interesting. Sure, I love a good solo hero as much as the next, but the movies to watch that get even more interesting involve a team of superheroes. Each member in the superhero movie somehow fits in the delicate balance where they not only have these amazing powers, but they truly need each other for support. If I were a superhero, I would want a team on my side whether they have superhero powers or not! Below are my picks for the best movies like The Fantastic Four to watch!

The Fantastic Four is a 2015 movie that is from the Marvel Comics superhero team known as Fantastic Four. The movie stars Miles Teller as Reed Richards/Mr. Fantastic, Michael B. Jordan as Johnny Storm/The Human Torch, Kate Mara as Susan Storm/The Invisible Woman and Jamie Bell as Ben Grimm/The Thing. The Fantastic Four team are humans with special abilities they received from an alternate universe. Here are some movies like the Fantastic Four.

The Incredible Hulk is a 2008 superhero movie that is based on the Hulk character by Marvel Comics. This is the 2nd movie of the Marvel Cinematic Universe, with the 1st being Iron Man, released two months earlier. In the movie, Dr. Bruce Banner transforms into the Hulk whenever he becomes angry, forcing Banner to find a cure quickly. The movie stars Edward Norton as Bruce Banner/Hulk, as well as another cast including Liv Tyler, Tim Roth, Tim Blake Nelson, Ty Burrell and William Hurt.

X-Men is a 2000 superhero movie that is based on the X-Men team by Marvel Comics. This movie would be the first of eight X-Men movies in the series to date. The movie focuses on a group of mutants with superhuman powers. The movie features an all-star cast including Patrick Stewart, Hugh Jackman, Ian McKellen, Halle Berry, James Marsden and Famke Janssen.

The Avengers is a 2012 superhero movie that is based on The Avengers team by Marvel Comics. The Avengers is the 6th movie in the film series from the Marvel Cinematic Universe, of which there are currently 13 films to date. In this film, the team of Avengers must fight together to stop evil from destroying humanity. The movie stars Robert Downey Jr, Chris Evans, Scarlett Johansson, Chris Hemsworth, Mark Ruffalo, Jeremy Renner and Tom Hiddleston.

Spider-Man is a 2002 superhero film that is based on the Spider-Man character by Marvel Comics. In the movie, teenager Peter Parker is bitten by a strange spider and obtains spider-like abilities, which forces him to fight evil. The movie stars Tobey Maguire as Peter Parker/Spider-Man, along with Willem Dafoe, Kirsten Dunst, and James Franco.

Ant-Man is a 2015 superhero movie that is based on the Ant-Man character by Marvel Comics. In the movie, Scott Lang finds out he has superhuman abilities and teams up with Dr. Hank Pym to save the world. The movie features Paul Rudd as Scott Lang/Ant-Man, along with Evangeline Lilly, Michael Douglas, Michael Pena, Anthony Mackie, Bobby Cannavale and Corey Stoll.

Which superhero would you be? Do you have