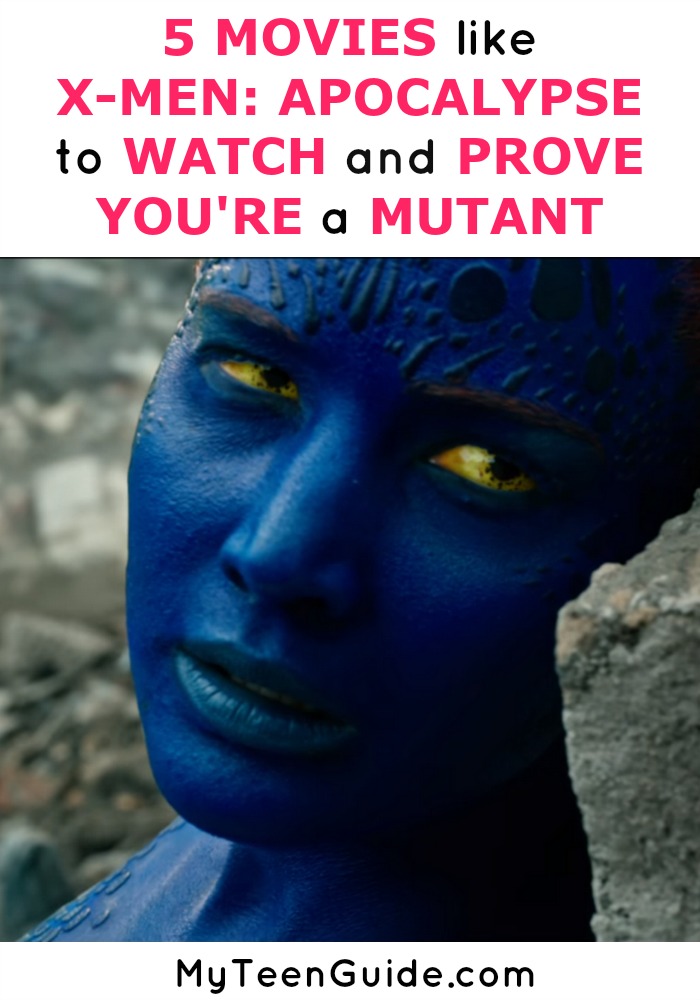 I would love to be a mutant just like the X-men, but the reality is I just don’t have the powers…. yet! That’s why I’m looking for other movies like X-Men: Apocalypse to study up on my superhero skills. If I don’t have mutant powers, at least I can make myself super-strong or super-fast right? X-Men Apocalypse is hitting theaters May 26, 2016, and already looks like a smash hit. The movie is based on the X-Men characters from Marvel Comics and focuses on the stories of some of your favorite X-men in the nineties. To rev yourself up for the movie, grab Bae and watch one of these movies like X-Men: Apocalypse now!

5 Movies Like X-Men: Apocalypse To Watch & Prove You’re A Mutant

Guardians of the Galaxy

Daredevil is a 2003 superhero movie that is based on the Daredevil character in the Marvel Comics. The movie is about Matt Murdock, a blind attorney who doubles as a masked vigilante, Daredevil. Ben Affleck plays the role of Matt Murdock/Daredevil.

The Avengers is a 2012 superhero movie that is based on the Avengers characters in the Marvel Comics. It is the 6th installment in the film series of Marvel Cinematic Universe. The Avengers team originally consisted of Iron Man, Hulk, Thor, Wasp and Hank Pym. In the movie, the Avengers team must unite as one to stop the evil Loki from destroying humanity. The movie stars Robert Downey Jr. as Iron Man, Mark Ruffalo as Hulk, Chris Hemsworth as Thor, Chris Evans as Captain America, Scarlett Johansson as Black Widow, Jeremy Renner as Hawkeye and Tom Hiddleston as Loki.

Watchmen is a 2009 superhero movie that is based on the Watchmen comics series from DC Comics. The movie is set in an alternative 1985, and vigilante Rorschach investigates the murder of Edward Morgan Blake, as he discovers a deadly conspiracy. The movie stars Jackie Earle Haley as Rorschach, Patrick Wilson as Night Owl, Malin Akerman as Silk Spectre, Jeffrey Dean Morgan as Edward Blake Morgan, Billy Crudup as Dr. Manhattan and Matthew Goode as Ozymandias.

Do you know of any other movies like X-Men: Apocalypse I should watch? Tell me your fav superhero flicks in the comments!