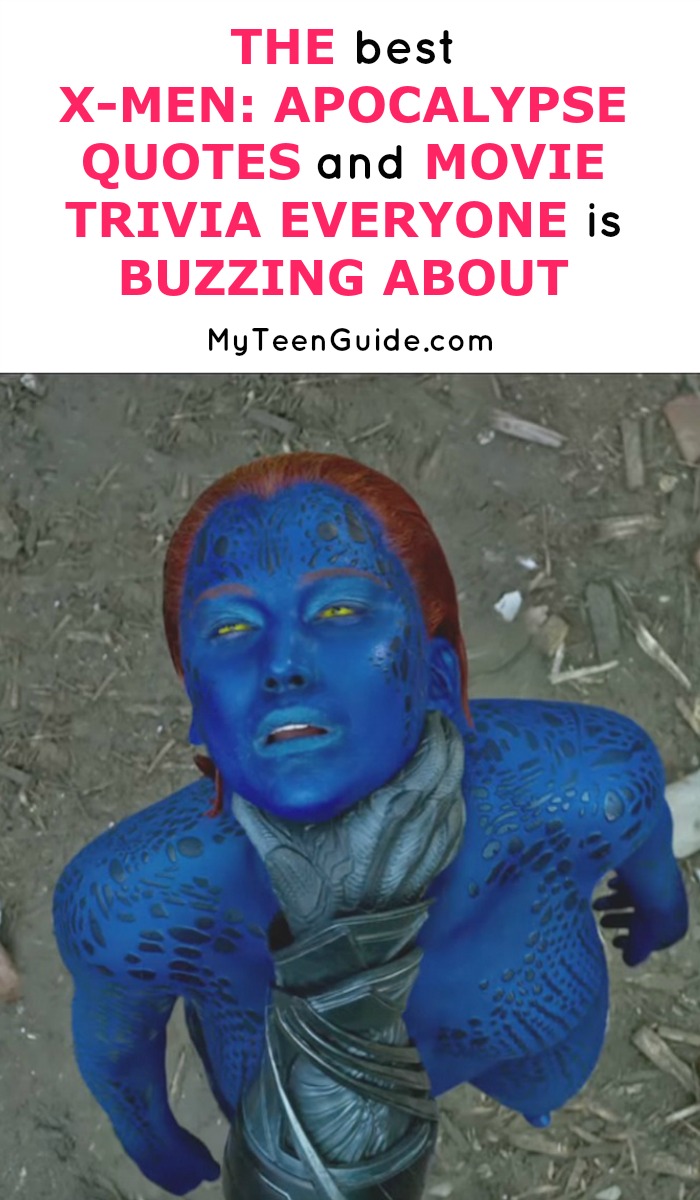 Ohh I love when a good movie is about to hit theaters! I have been rounding up all of the best X-Men: Apocalypse quotes and X-Men: Apocalypse trivia, because by now you know I like to look boss at the theater knowing all the X-Men Apocalypse facts that no one else knows. This X-men movie set in the nineties is going to give us a much closer look at how some of our favorite X-Men characters originated. Check out a little more about the movie through these fab X-Men Apocalypse trivia I found so you can look like a boss with your squad too! Then have an inside peek at your fav characters with the X-Men Apocalypse quotes. This new movie? Seriously fantastic!

The Best X-Men: Apocalypse Quotes And Movie Trivia Everyone Is Buzzing About

X-Men: Apocalypse is a 2016 superhero movie that is scheduled to hit theaters on May 27, 2016. It will be the 9th movie in the X-Men series, and is based on Marvel Comics X-Men characters. In this installment of the series, Apocalypse, an ancient mutant, plans to take over the world and the X-Men must team to stop him.

Erik- “Doesn’t it ever wake you up in the middle of the night, the feeling that one day they’ll come for you and your children?”

Charles- “I feel a great swell of pity for the poor soul that comes to my school looking for trouble.”

Scott- “Not all of us can control our powers.”

Jean- “I saw the end of the world. I could feel all this death.”

Charles- “Jean, it was just a dream.”

Hank- “The world needs the X-Men.”