This new Disney movie is based on the characters created by Lewis Carrol and explore Tim Burton’s vivid version of the world of Underland. In this new movie we see Alice dive into the magical looking glass again. She reunites with her former friends but discovers The Mad Hatter is not himself and has lost his Muchness. Alice is set on a journey for a Chronosphere, which is inside the Grand Clock, which powers time. Alice must travel across time, encountering both old friends and enemies, and save the Hatter before time runs out. I don’t know about you, but I have to see if The Mad Hatter gets him Muchness back.

I’ve been a Pink fan for some time now, and the new music video is amazing! The video has Pink following a small girl representing Alice. First, we see this incredibly strong, and talented singer literally hangs from the ceiling on silk ropes in Alice’s home. Check out these images; they are absolutely beautiful! 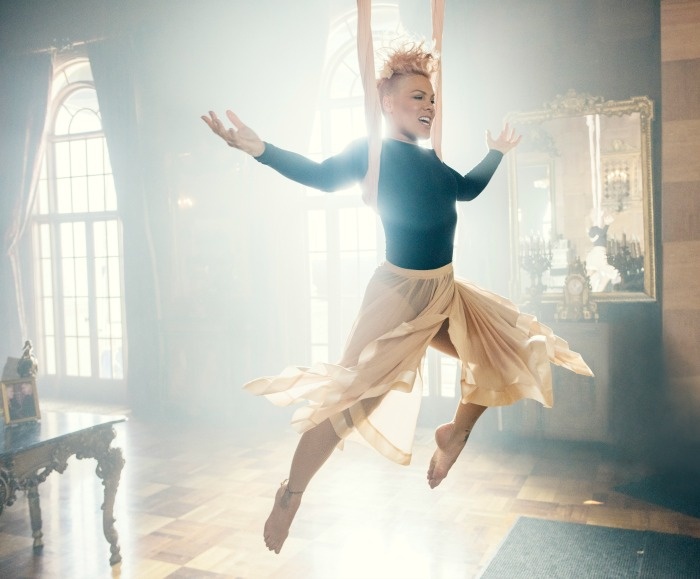 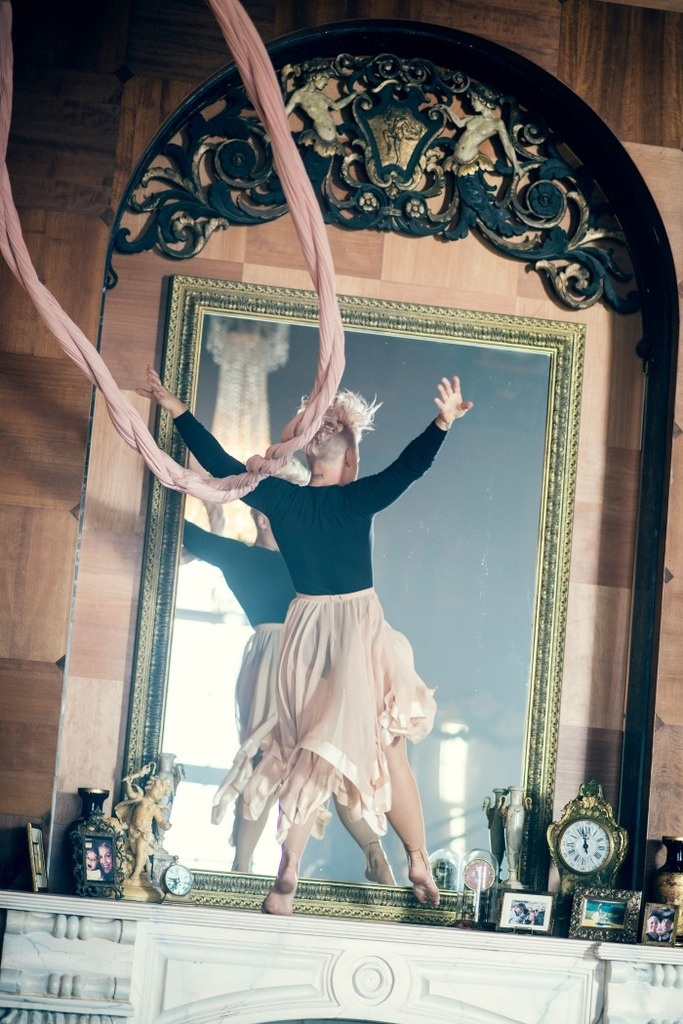 Pink follows the girl through the looking glass, and we’re transported to the Chess board in Alice In Wonderland. Pink is playing the chess game against herself in some beautiful costumes echoing the new movie. 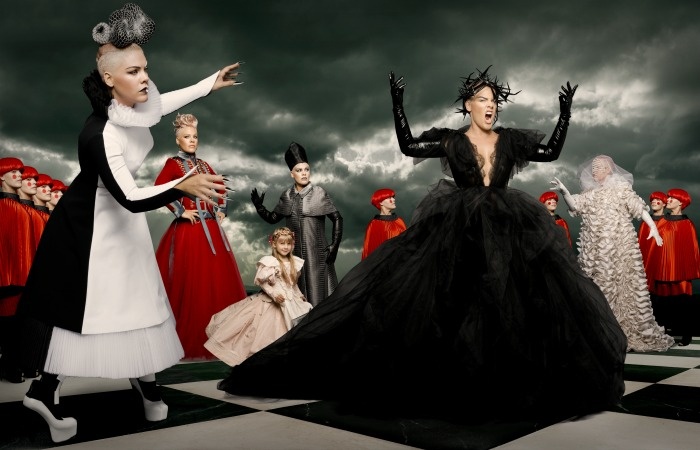 Then we see Pink in an epic Tea Party with The Mad Hatter, precariously flying in the air while she treats us to more of this amazing song. 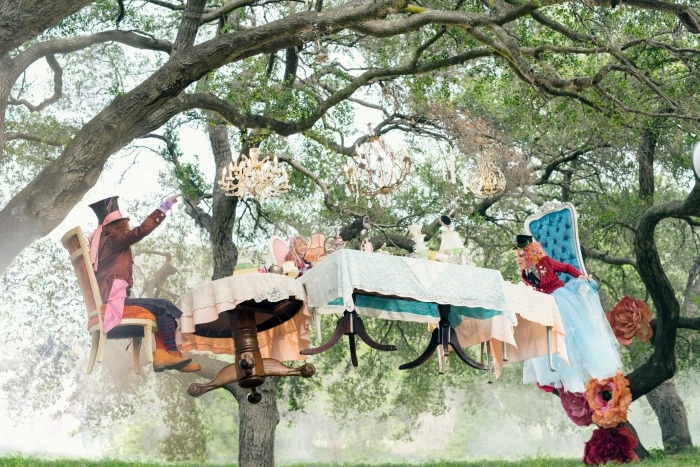 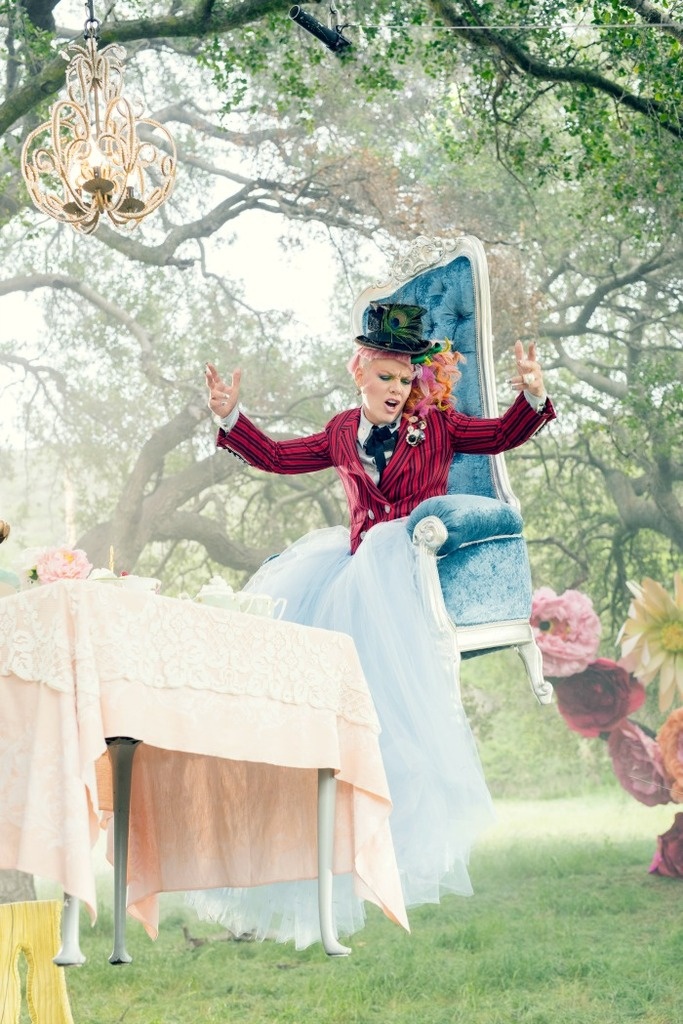 To see what happens at the end of Pink’s music video “Just Like Fire,” you have to watch the video. Perhaps Pink has also lost her Muchness.

I can’t get enough of the fantastical scenes in Pink’s new music video. Though the costumes are amazing, the cast also shines brightly. Check out pictures as the cast of Alice In Wonderland Through The Looking Glass stepped out for the new movie premiere. The film’s premiere was at the Odeon Leicester Square Theatre in London on Tuesday, May 10, 2016. 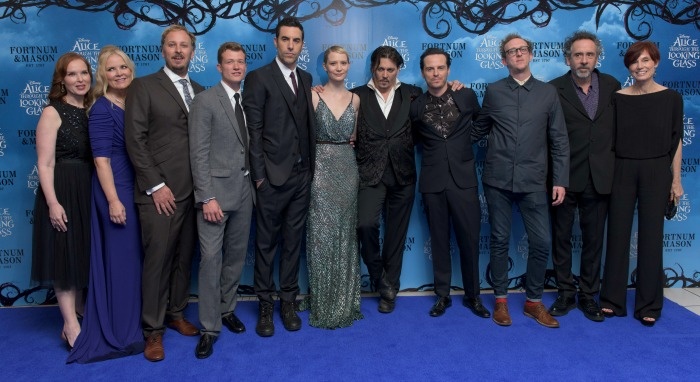 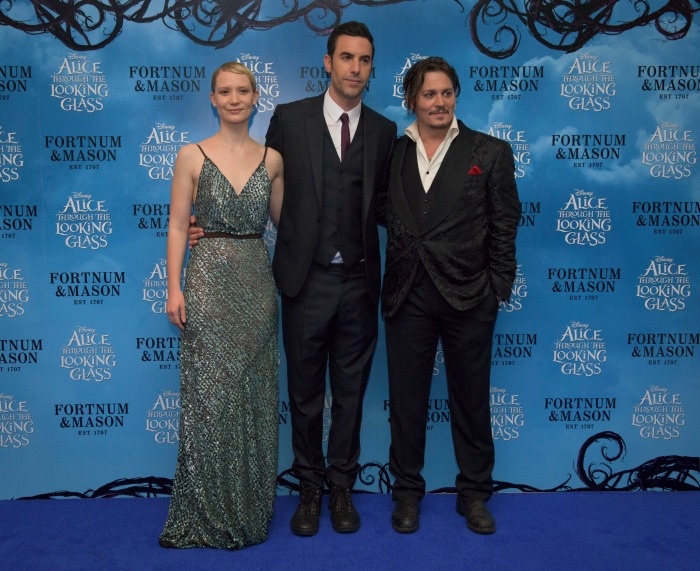 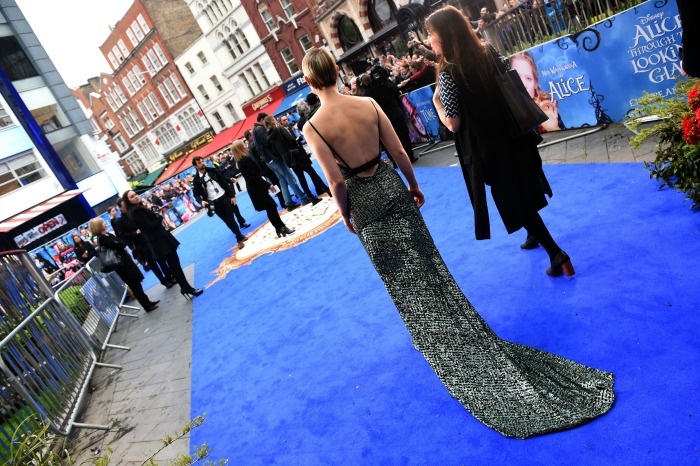 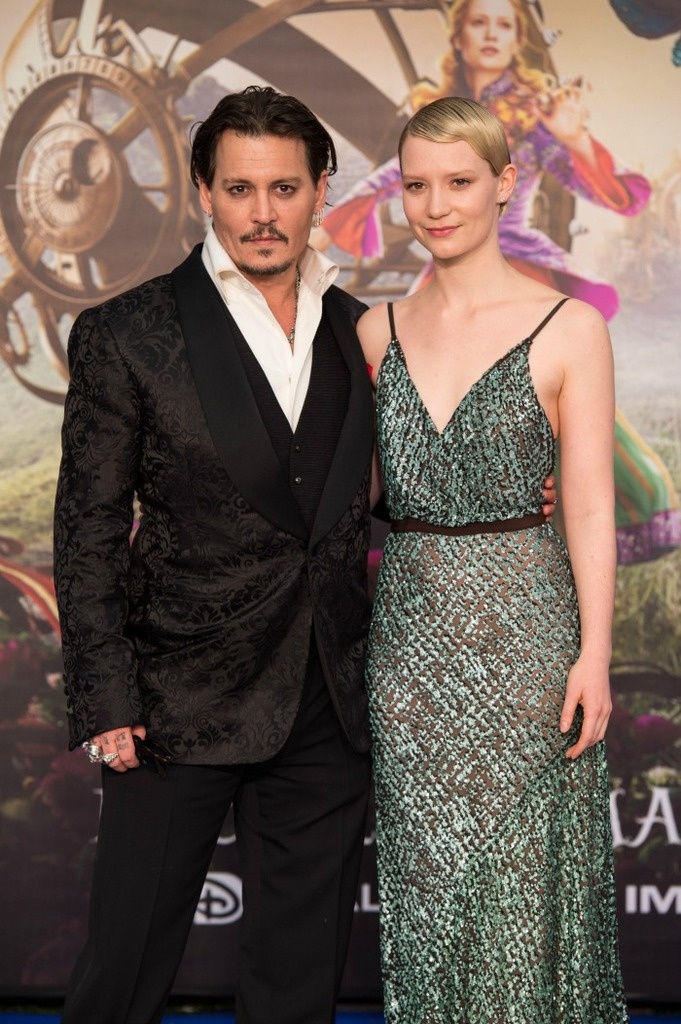 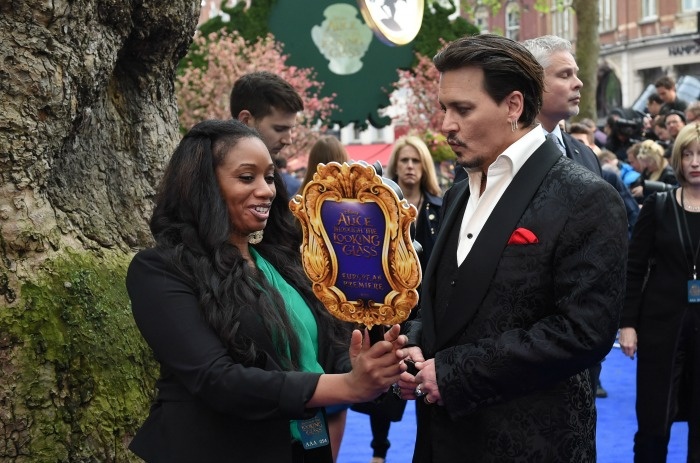 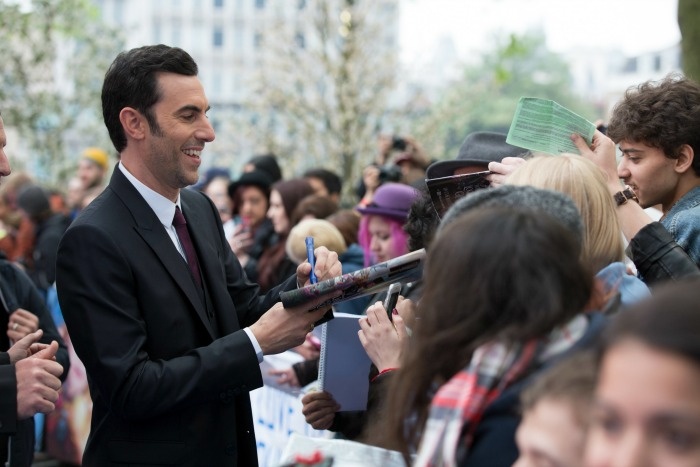 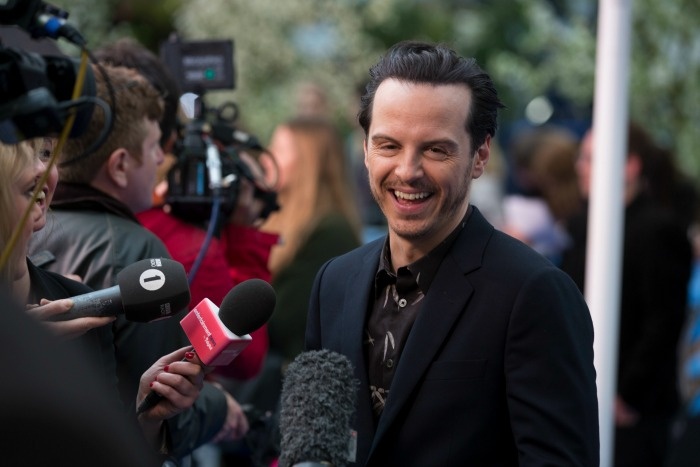 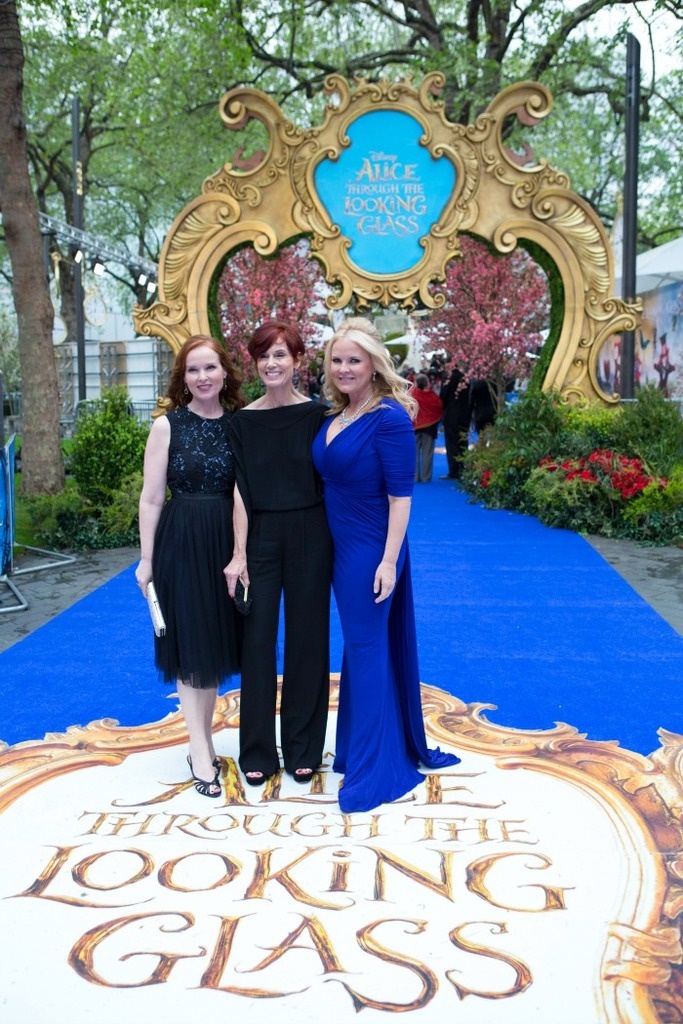 So are you excited to see the new movie Alice In Wonderland Through The Looking Glass? Which of these gorgeous exclusive pictures did you love? Tell me what you think in the comments!