7 New Netflix Original Series to Binge on With Your BFF

Need a new bingeworthy show for late nights with your BFF this summer? Check out our favorite new Netflix Original series that we’re totally in love with right now! 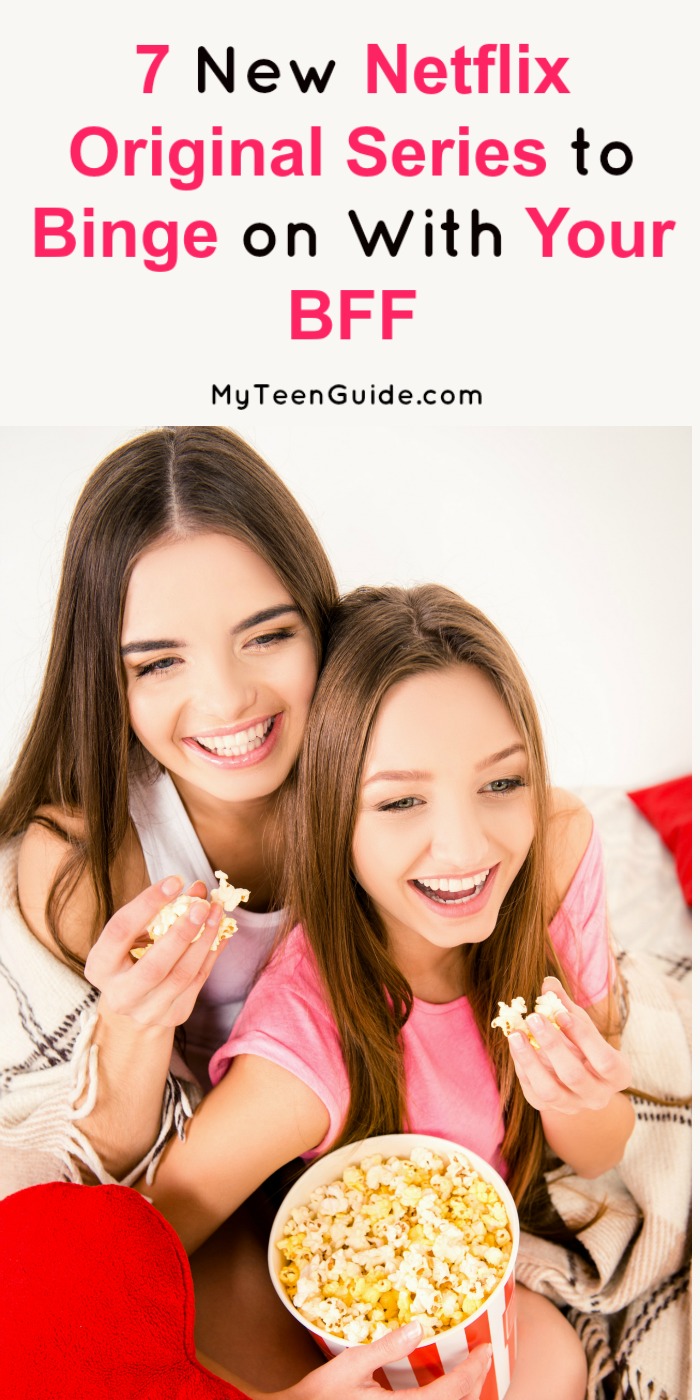 Netflix is constantly releasing new original programming to their lineup. In fact, in 2016, Netflix released nearly 50 new original series. While this may seem like an overwhelming amount, of course there are some shows that fare better than others (and some that you’ll probably never look at twice). Check out a few of our favorites for just about every TV-watching personality!

13 Reasons Why is a drama mystery television series that premiered on March 31, 2017. It is based on the 2007 book of the same name by Jay Asher. It follows the story of Clay Jensen (Dylan Minnette) and his high school friend, Hannah Baker (Katherine Langford), who committed suicide and leaves behind a set of cassette tapes detailing the 13 reasons she ended her life.

2- A Series of Unfortunate Events

A Series of Unfortunate Events is a comedy drama television series that debuted on January 13, 2017. It is based on the set of 13 books, of the same name, by Lemony Snicket. Violet (Malina Weissman), Klaus (Louis Hynes) and Sunny (Presley Smith) Baudelaire, are sent to live with Count Olaf (Neil Patrick Harris), a murderous distant relative, after their parents are killed in a fire.

Bill Nye Saves the World is a comedy television talk show that premiered on April 21, 2017. According to the show’s byline, “Emmy-winning host Bill Nye brings experts and famous guests to his lab, exploring scientific issues that touch our lives.”

Dear White People is a satirical comedy, drama television series that debuted on April 28, 2017. It is based on the 2014 movie of the same name. It follows a group of African-American students at Winchester University, which is predominantly white, as they deal with social injustice. The cast includes Logan Browning as Samantha White, Brandon Bell as Troy Fairbanks, Antoinette Robertson as Coco Conners, DeRon Horton as Lionel Higgins, Marque Richardson as Reggie Green and Ashley Blaine Featherson as Joelle Brooks.

Iron Fist is a television series that features action, adventure, crime, superhero and martial arts, which premiered on March 17, 2017. It is based on the character, of the same name, from Marvel Comics. Danny Rand (Finn Jones), a young, wealthy Buddhist monk, who is skilled in martial arts and has the powers of the Iron Fist.

If you loved Anne of Green Gables when you were little, you absolutely have to binge on this new spin on the classic! The story follows the adventures of a plucky orphan who finds a home with a spinster.

Netflix is constantly adding new shows to their list, so if these don’t scream “watch me now,” you’re still pretty much guaranteed to discover something worth binging on.

Do you have any favorite new Netflix Original series? Share below!