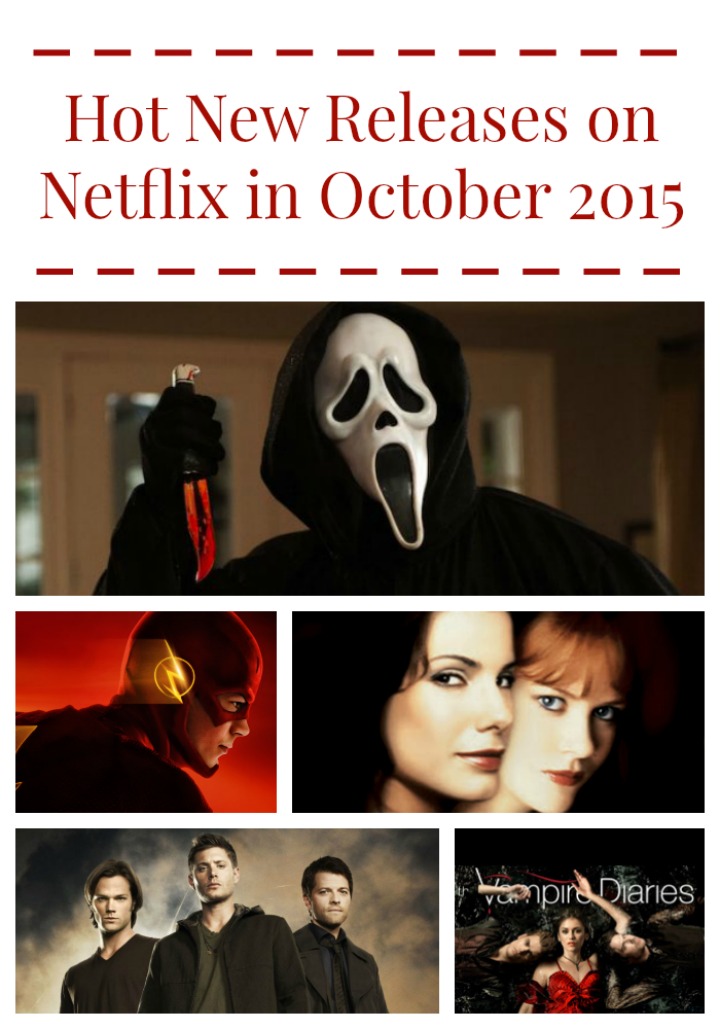 Who’s ready to fill their stream with new releases on Netflix in October 2015? If you have recently run out of shows and movies to stream on Netflix, there is some great news! A new month is now upon us and that means it’s time for Netflix to unveil the new monthly roster. October brings an array of shows and movies that teens will love.

In About Alex, a young man’s former classmates attempt to try and help him heal after he attempts suicide, until old issues come to light. American Pie is the story of four high school seniors, trying to lose their virginity. Batman Begins takes place after Bruce Wayne’s parents are killed, as he takes on a new disguise to fight crime in Gotham City.

Chucky is back for all you fans out there with the Curse of Chucky! Robin Williams Remembered is a celebration of his life and career. The Nightmare is a documentary that delves into the world of sleep paralysis.

The Vampire Diaries follow the lives of two vampire brothers, trapped in teen bodies and vying for the attention of Elena.

American Horror Story is back for a whole new season filled with horrors, evil and supernatural fears. In iZombie, what happens when a woman is savaged by zombies? The Flash is about Barry, who was strike by lighting, spent months in a coma and wakes up to find not only is he different but so are those around him. If you love Vampire Diaries, you will love its spinoff, The Originals. Tremors is back with its 5th installment, with Graboids that are deadlier than ever.

Arrow is based on Green Arrow from DC Comics. The brothers are back once again to investigate paranormal happenings in Supernatural.

When Jane becomes pregnant due to a medical mishap, she must change her entire life around.

For an hour of laughs, Anthony Jeselnik is your guy. Some Assembly Required follows the life of a 14-year old who becomes owner of a toy company and creates some fascinating toys. The Principal is a great series about violence, conflict and a principal determined to change his school around for the better.

In Hemlock Grove, secrets and evils are part of everyday life.

Last Call: Catch Your Favorites Before They Are Gone

Which of these new releases on Netflix in October 2015 are you planning to watch first? Tell us in the comments!