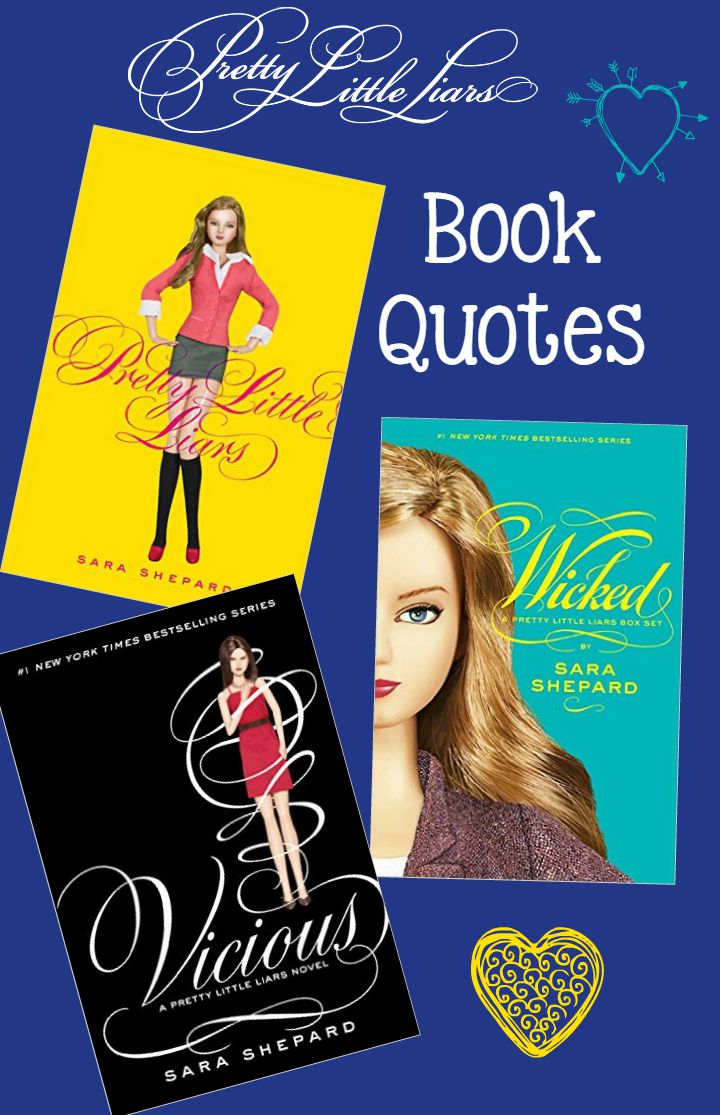 With 16 full-length novels in the series, there are tons of amazing Pretty Little Liars book quotes out there! It was super hard to pare them all down into one post, let me tell you! While the TV show is based on the book series by Sara Shepard, those who’ve read them and watched the show know that there are quite a few major differences. Reading the book quotes is a fun way to spot those differences a bit!

“I am so mortified you’re my daughter right now.” – Peter Hastings

“So why’d you steal your boyfriend’s dad’s car anyway?” – Mr. Marin to Hanna 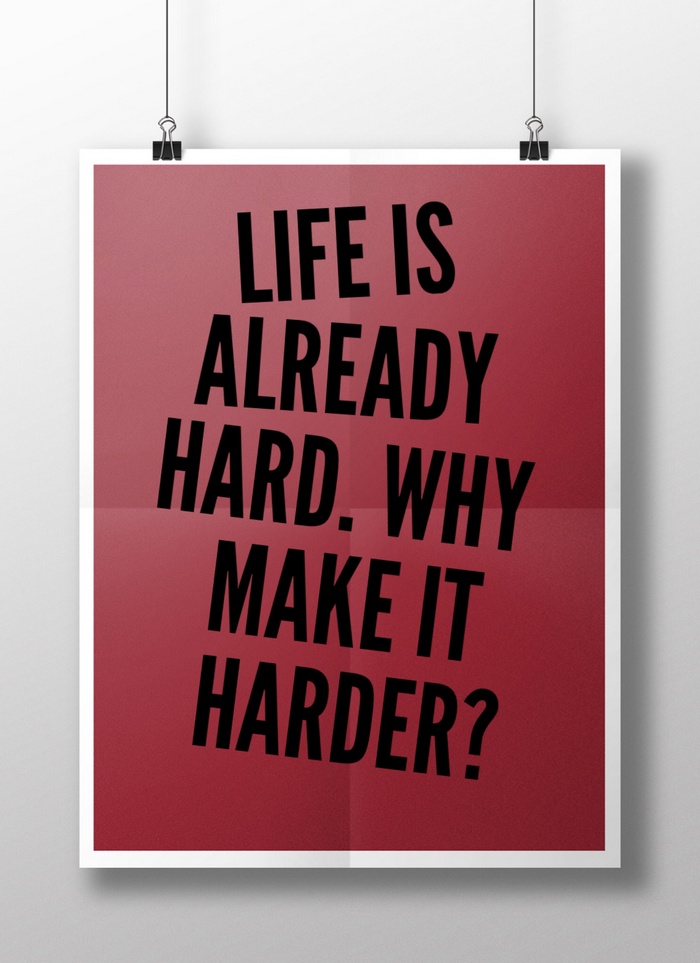 “Life is hard already. Why make it harder?” – Emily’s thinking regarding Maya

“We don’t always love our friend every minute.” –Dr. Evans to Spencer 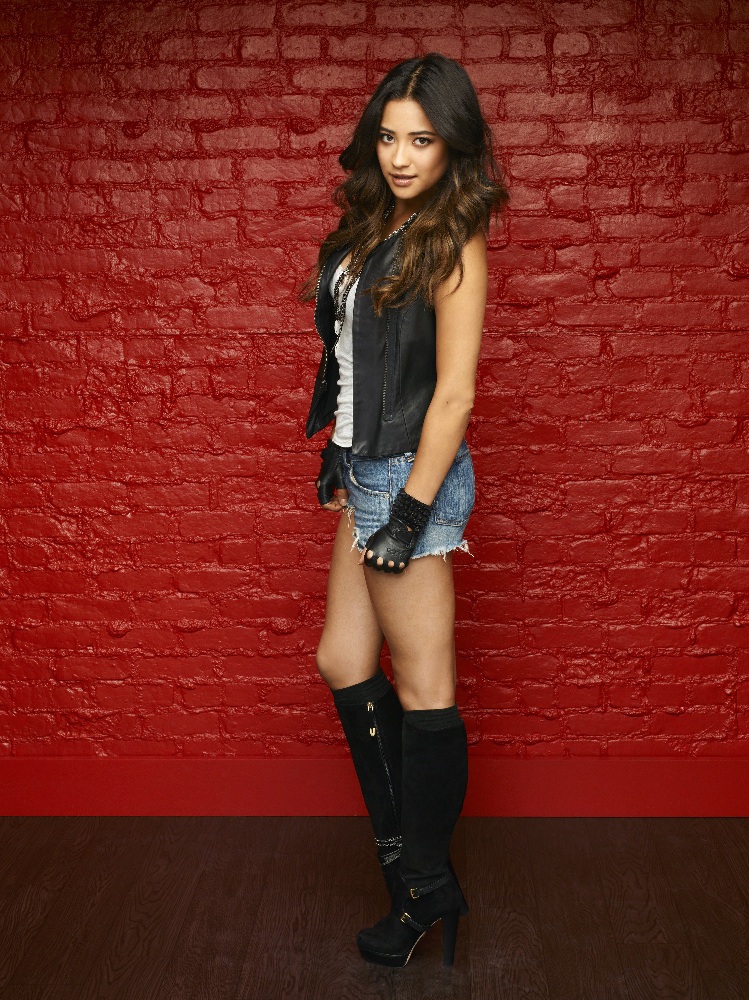 “That would be fun. We could do a choreographed dance and say ‘Ta Da’ at the end.” – Emily

“Are you sure that’s a good idea- leaving him alone for two weeks? He might get another girlfriend!” – Alison

“But do you think we have a shot? I hear they always hide the clues in the high school.” – Emily

“The only way someone is going to get it from me is if they kill me first.” – Alison 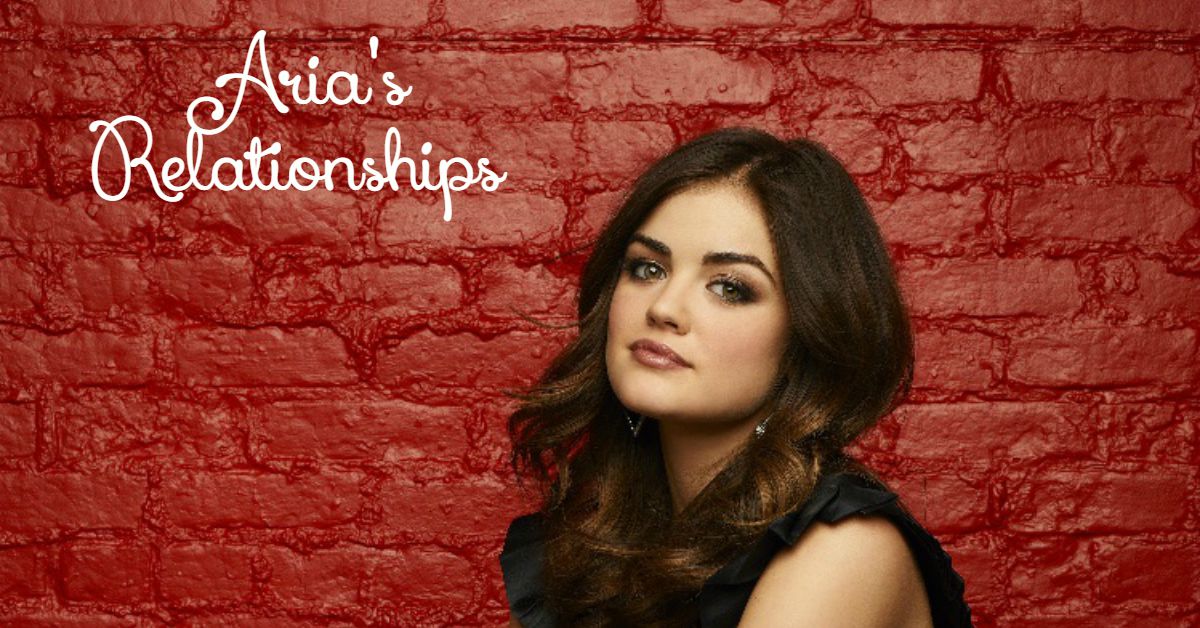 “I had some boyfriends, but I’ve only been in love once.” – Aria (Check out The Many Loves of Aria to see which relationships she’s had!)

“Don’t you think you’re moving a little fast? I don’t want you to get hurt.” – Andrew

“She wants to hurt you like she already hurt me.” – Alison to Hanna

“I knew it. I asked you a million times, but you always said it wasn’t true.” – Veronica to Peter

“Those who forget the past are doomed to repeat it.” – A to Hanna

“Get ready to meet your maker. It won’t be long now. Kisses!” –A 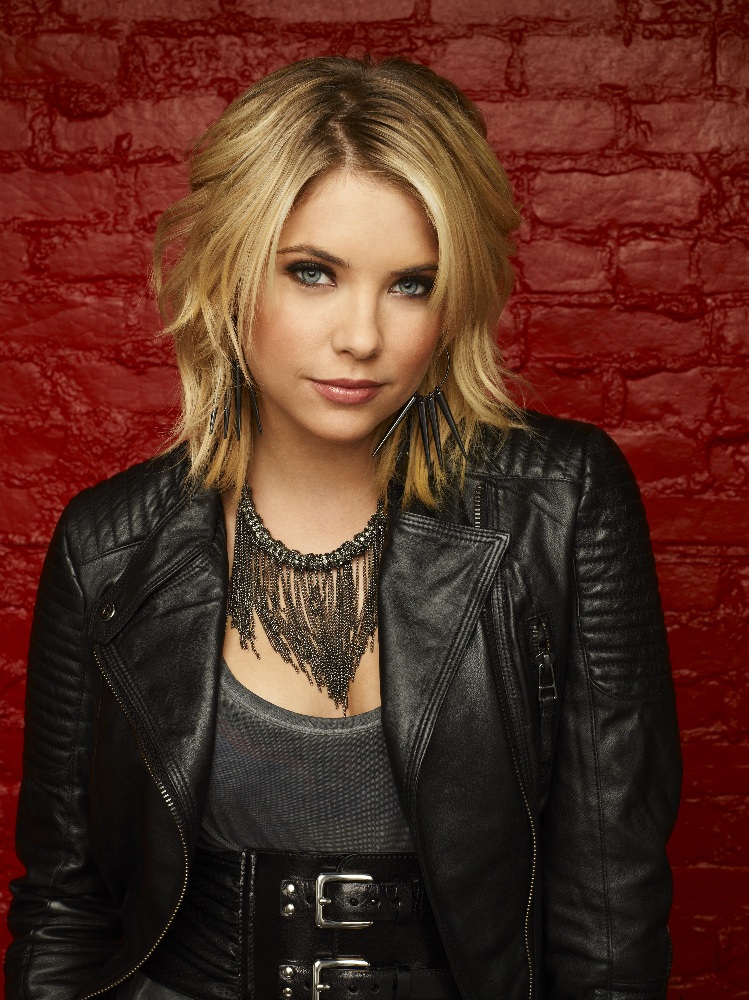 “She left like the loser kid the teacher made everyone play with at recess.” – Hanna

“Do we have to? Let’s run away instead. Hide out in Philly. Hop a plane for Paris.” – Zach to Spencer

“Hannakins: I know you guys are living out your own private Romeo and Juliet love story, but remember: Both of them die in Act V.” – A

“Whatever baggage you have, use it. Conquer it. Don’t let it stop you.” – Beau to Spencer

“It’s not fun to keep secrets, but sometimes you have to do it to protect yourself. And to protect people around you.” – Meredith to Aria

“Life isn’t worth living if you’re scared all the time.” – Jordan

“Four liars are about to be burned.” – A

“If a little voice in your head is telling you something is up, maybe you should listen.” – Prologue

“Why? Because you love her so much and can’t see how evil she is?” – Aria to Noel

“Someone’s boyfriend ended up in a storage shed because of us.” – Spencer

“Hanna Marin? My name is Felicia Silver. I’m the executive producer of Burn It Down. It’s the true story about your terrible ordeal with Alison DiLaurentis.”

“Listen, something happened I need to discuss with you. It’s about Alison. Actually, Emily can tell it better.” – Spencer

“Ali didn’t manage to kill us, she only made us stronger.” – Hanna

“Tell me this isn’t happening.” Aria

Which of these Pretty Little Liars books quotes do you love? Tell us in the comments!