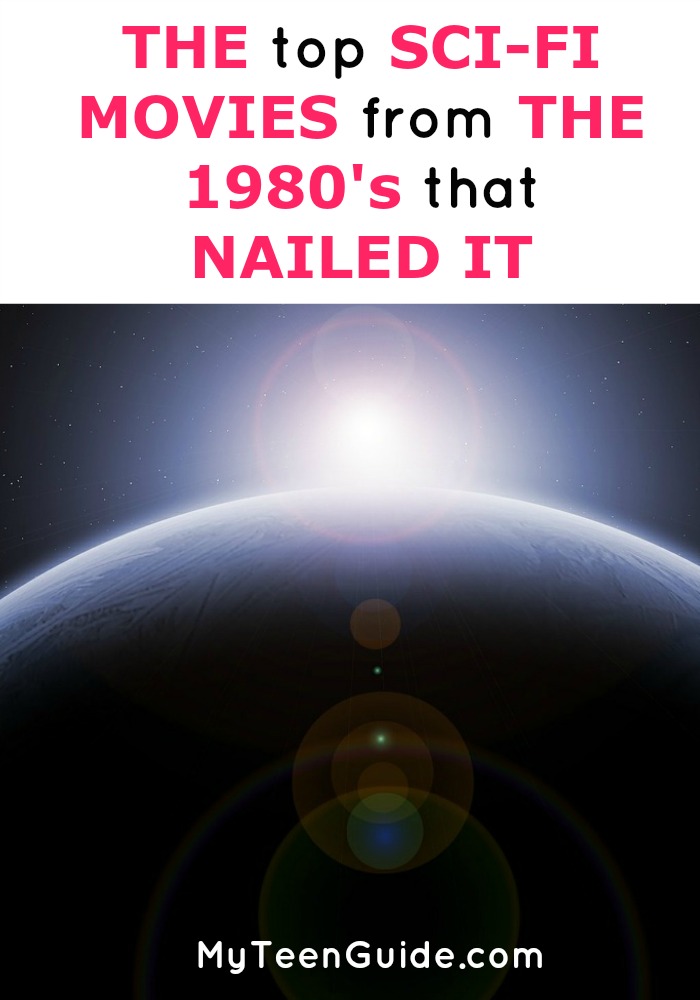 Top Science Fiction Movies From The 80’s That Nailed It

The Terminator is a 1984 science fiction action movie, directed and written by James Cameron. The movie stars Arnold Schwarzenegger as The Terminator, Michael Biehn as Kyle Reese and Linda Hamilton as Sarah Connor. The Terminator showcases a cyborg assassin, The Terminator, from the year 2029, who is sent back to the year 1984 to kill Sarah Connor, because her son would, in the future, became a savior against machines.

E.T. the Extra-Terrestrial is a 1982 epic science fiction family movie, produced, written and directed by Steven Spielberg. The movie stars Henry Thomas as Elliott, Drew Barrymore as Gertie, Robert MacNaughton as Michael and Dee Wallace as Mary. E.T. the Extra-Terrestrial is the story of E.T., who is from another planet and ended up stranded on Earth. E.T. is befriended by a young boy named Elliott, who attempts to hide E.T. from not only his family but from the government as well.

Aliens is a 1986 science fiction horror action movie that was directed and written by James Cameron. The movie stars Sigourney Weaver as Ellen Ripley, Michael Biehn as Corporal Dwayne Hicks, Paul Reiser as Carter J. Burke and Bill Paxton as Private Hudson. Aliens showcases the adventure of Ellen Ripley, as she heads back to the planet where she first encountered the Alien creature.

Back to the Future

Have you seen any of these science fiction movies from the 80’s? Which one do you need to watch again? Tell me in the comments!