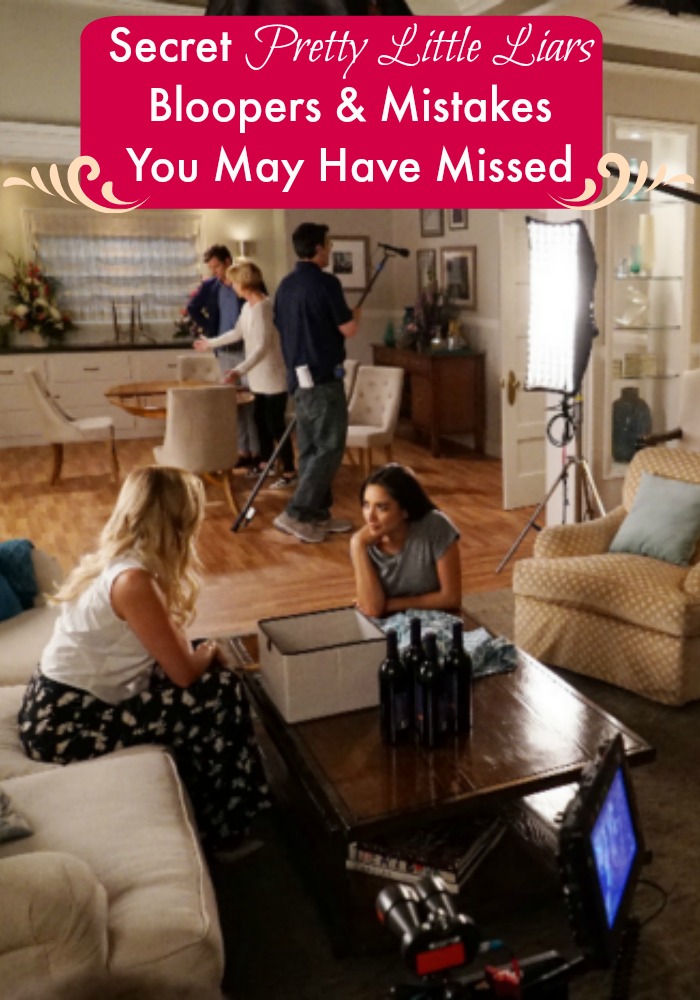 Secret Pretty Little Liars Bloopers And Mistakes You May Have Missed

In season 1, episode 19- there is a scene where Ezra pulls up to Aria in the limo, where you see him on his phone. However, when the camera gets a shot of Ezra in the limo, he is just barely answering his phone.

In season 1, episode 20- in the bathroom, Hanna slaps Jenna, where we see a tear run down her right cheek but the next camera shot shows the tear running down her left cheek.

In season 2, episode 22- Alison visited Emily to give her a snow globe. Alison was wearing a yellow shirt but later on that day; we see Alison trying on the yellow shirt.

In season 3, episode 2- Ezra is talking to Aria’s mother, Ella, in the classroom. Ella is writing on the chalkboard but then erases it. However, a few moments later, the writing that she erased is back on the board.

In season 4, episode 24- when Alison goes to Spencer’s barn to drug the Liars, she is wearing a necklace, but when she leaves the barn, she isn’t wearing the necklace.

In season 5, episode 9- the police call Ashley’s cell phone. But, the camera shows her cell phone as she is answering it and it is not in a call mode.

In season 5, episode 19– Hannah is in the kitchen with her mother discussing Hannah’s dad. However, there are a couple of camera shots that show her cell phone facing one way on the kitchen counter and then from another angle show the cell facing another way.

In season 6, episode 10– there is a flashback showing the girls first meeting CeCe at The Brew. A closer look at CeCe when she leaves, looking at the girls through the window, shows her hair has a green glow. This is an indication she is on a green screen.

I had to go back and watch again for myself to find these mistakes; I missed them the first time I watched. Did you catch any of these Pretty Little Liars bloopers and mistakes when you were watching the show? Do you know of any other Pretty Little Bloopers?  Tel us in the comments!