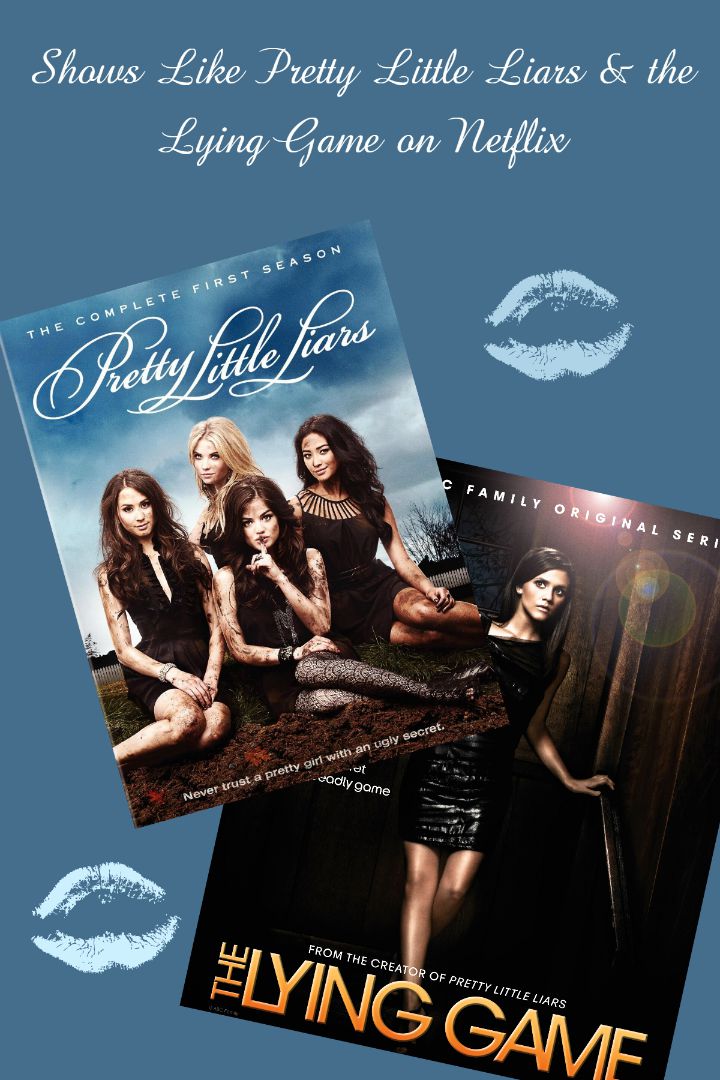 Today we’re sharing a few shows like Pretty Little Liars and the Lying Game on Netflix to help you get through any withdrawal symptoms you might be feeling. PLL is on hiatus until January. The Lying Game, alas, is on hiatus forever since its end in 2013.

During the Pretty Little Liars break (which ends in January, FYI), I’m totally feeling anxious and on edge waiting to find out what happens in the time jump. What did they mean when they said “he’s coming for you.” WHO’S “he”? Who’s coming? And what happened during those five years between the big A reveal and the reunion? WHAT HAPPENED?????? OMG. I can’t breathe. I can’t wait over four more months to find out. I can’t! Inhale. Exhale. Inhale. Exhale.

Everything is going to be okay. Four months will go by fast. In the mean time, to fill the void left by our favorite girls of Rosewood, we’ve compiled a list of shows like Pretty Little Liars and the Lying Game on Netflix. Set up your list and start streaming!

Shows Like Pretty Little Liars and The Lying Game on Netflix

Vampire Diaries on The CW, started in 2009 and is currently getting ready to start its 7th season. It stars Nina Dobrev, Paul Wesley, Ian Somerhalder, Steven R. McQueen, Kat Graham, Candice Accola, Michael Trevino and Zach Roerig. The show revolves around the lives of Damon and Stefan, vampire brothers. One good, one not so much. Elena stands in the middle, torn between the two.

Related: Could You Survive as a Vampire?

Twisted was shown on ABC Family for one season from 2013-2014. It starred Avan Jogia, Maddie Hasson, Kylie Bunbury, Ashton Moio, Kimberly Quinn, Denise Richards and Sam Robards. After killing his aunt and spending five years in a youth detention center, Danny returns to his hometown. He tries to reconnect with his old friends but when his love interest is found dead, Danny becomes the main suspect.

The Secret Circle was shown on The CW for one season from 2011-2012. It starred Britt Robertson, Thomas Dekker, Shelley Hennig, Phoebe Tonkin, Jessica Parker Kennedy and Louis Hunter. Cassie is a teenage girl who moves in with her grandmother in Washington State from California. She enrolls in high school only to discover that the elite students, including herself are all witches. Not only that, but their parents also had powers. Unfortunately, they totally screwed up with theirs, and now no one is supposed to use them.  I absolutely loved this show and was really sad when it got canned.

Ringer was shown on The CW for one season from 2011-2012. It starred Sarah Michelle Gellar, Kristoffer Polaha, Ioan Gruffudd, Nestor Carbonell and Mike Colter. Bridget and Siobhan are twin sisters who reconnect when Bridget moves to New York after she is the only witness to a professional hit. Siobhan, who is rich, married and pampered, and Bridget take a boating trip together. All is well until Siobhan goes overboard during the boating trip and Bridget assumes her sister’s identity. I also really liked this one, mostly because it starred Buffy. Sorry, Sarah, you could play a million roles, but you’ll also be Buffy to me!

Gossip Girl was shown on The CW for six seasons from 2007-2012. It starred Blake Lively, Leighton Meester, Ed Westwick, Chace Crawford, Penn Badgley, Jessica Szohr and Taylor Momsen. The show follows the lives of a group of elite teenagers.

Have you watched any of these great shows like Pretty Little Liars and the Lying Game on Netflix? Which should we add to the top of our list? Tell us in the comments!