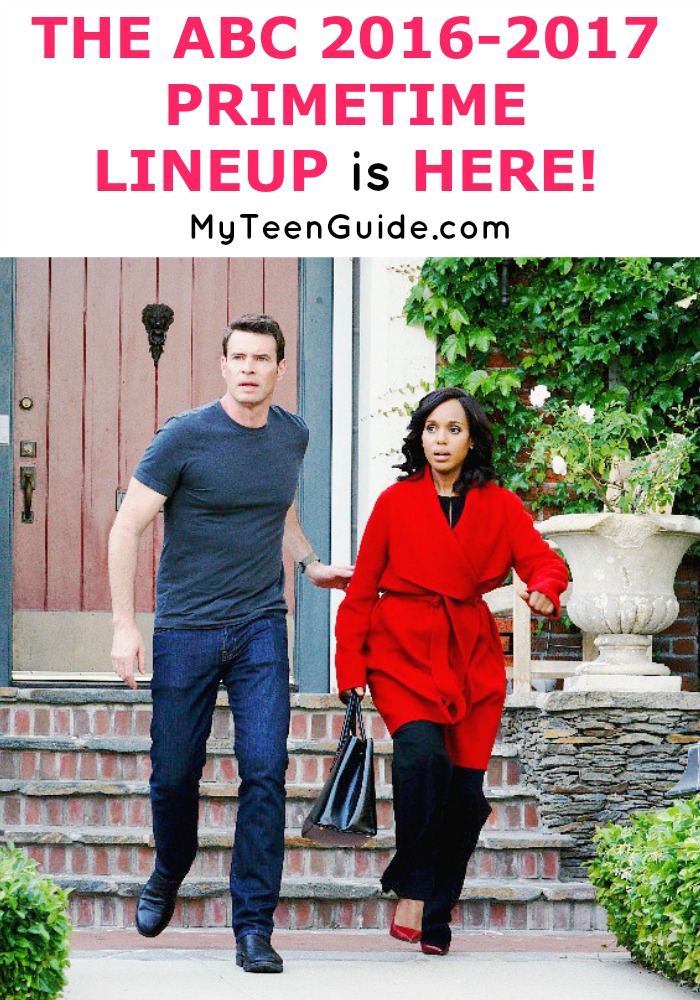 The ABC Network has launched the primetime TV lineup for the 2016-2017 season, and we’re getting all shaken up! Some TV shows with low ratings were canceled, some were renewed (Phew, I was almost worried about America’s Funniest Home Videos.. almost!) and there are some brand new interesting TV shows on the schedule. Check out the full ABC 2016-2017 Primetime TV lineup including what is canceled and new shows to be added!

The big news is there is a shakeup in Shondaland!  Scandal will not be returning until mid-season 2017 because one of the main stars, Kerry Washington, is pregnant in real-life and the pregnancy is not being written into the show. ABC is filling the gap with a new series called Notorious. Don’t worry! There are plenty of good shows written by Shonda Rhimes including favorites such as Grey’s Anatomy and How To Get Away With Murder still in the lineup plus Scandal will be returning. Phew!

Wave goodbye to these shows. I hope your favorite is not on the list! The shows that were canceled are:

There are four other new shows coming to ABC next year. No premiere date has been announced just yet. These shows are:

So what do you think of the ABC 2016-2017 Primetime TV lineup? What shows are you excited to see again? Which of the new shows do you want to see? Tell me what you think in the comments!