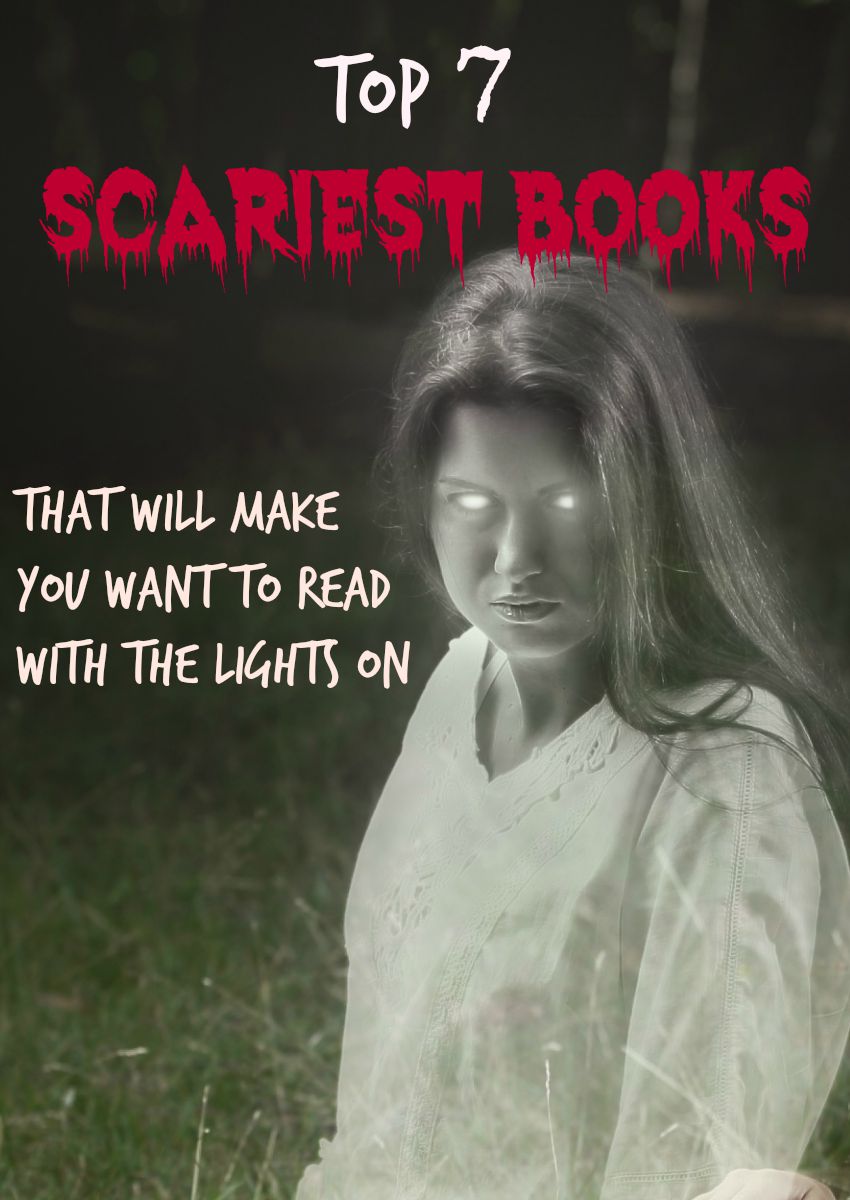 This is the time of year for reading the scariest books and just plain freaking yourself out!  Reading a book is different than sitting with your BFF to watch a scream fest.  We read alone.  Meaning it is just you, the book and your imagination running wild!  These 7 books are sure to get your imagination running.  The auto ice machine in the freezer is going to come on and make you jump right out of your chair!

The Ghost Files: If you like books to movie, this is soon to be a major motion picture!  Ever seen The Ghost Whisperer?  Well Mattie Hathaway is sort of like Jennifer Love Hewitt in that she can see and talk to ghosts.  She has been able to since her mom tried to kill her (what?!) Yea.  Living in foster care has it’s own stigma, she keeps the fact that she can talk to ghosts to herself, fear she will be labled the crazy girl.  Mattie’s foster sister has run away…or has she?  Mattie knows the truth, because she comes to her as a ghost; she has been murdered and Mattie may be next.

Bad Girls Don’t Die: This is the first in a trilogy by Katie Alender.  Fifteen-year-old Alexis Warren who’s younger sister is possessed by a murderous ghost.  Her sister, Kasey, starts talking in old fashioned launguage and her eyes turn green.  Then other weird things start to happen in the house, like doors opening and closing, and the air-conditoner getting so cold she can see her breath.  Not to mention the late night wanderings around the house by Kasey and even an attempted murder!  Does no one else see what is happening?  I am not so sure I would be reading this at night, by the light of a flashlight, but hey, you do what you want.

The Forest Dweller: Don’t go into the forest!  It can be a pretty creepy place, especially after reading this book by Deborah McClatchey.  Children go missing in the small town of Mountain Dale, and bodies are never found.  Even more strange is the parents seem to go about their business like nothing is happening.  Lucy and Candy have been able to survive, so far.  Once a girl they make fun of and bully, Priscilla, goes missing, they start to really get scared.  Then Lucy disappears.  Is the little green gnome they saw to blame for the missing kids?

Ghost in the Kitchen: Ever play with a Ouiji Board?  Yea, well, I did once…once.  And the kids in this Deborah McClatchey book do too.  Brandon Willpenny and his family just moved into a new home, but something isn’t right.  He feels an unexplainable chill as he tries to enjoy his snack in the kitchen.  No one else is feeling this but him (creepy!!)  It is just the beginning too.  Brandon and his new friends start to hear rumors  about ‘kidnapped’ kids.  Is anyone safe?  And safe from WHAT?

Diary of a Haunting: This is written a little different than your typical scary book.  What you read is the aftermath of what happens when Paige and her mom and little brother move from sunny California to dusty Idaho.  They move into a creepy old mansion, where weird things start happening like one ravioli can turning into 12, and words being written on the walls.  That is enough to get me running back to California!  Then her brother starts roaming the house in the middle of the night and the downstairs neighbor gives her the creeps too.  Turns out there were rituals practiced in the house by a sinister cult about a hundred years earlier, clearly something is still haunting the house!  Diary of a Haunting is a collection of Paige’s journal entries, pics And letters.

The Girl From the Well: The cover says “I am where dead children go” EEEKKK!  If The Ring was scary to you, then you will love this book.  It is based on the same Japanese ancient Japanese legend that inspired The Ring.  Okiku is a vengeful spirit, take the souls of bad people, who murder children around the world (think Dexter, but in spirit form).  When she kills the murderers, she is freeing the souls of the children they killed.  Good right?  Still creepy.

Miss Peregrine’s Home for Peculiar Children:  Ransom Riggs is an American writer and did a great job with his debut novel!  When a 16-year-old Jacob Portman learns his grandfather was murdered (and by a make-believe creature no less), he travels to Wales to find out the truth about his grandfather’s past.  Turns out he was an orphan in a home for ‘peculiar children’ run by Miss Peregrine.  Jacob meets a girl, Emma, who can control fire, and is caught in a time loop, back to the 1940’s at the orphanage his grandfather grew up at.  She is able to go back and forth, but one day they get stuck in the loop on the other side and Jacob can’t get home.  I read this a couple years ago, it is actually a really good book and kept my attention!
There is nothing quite like freaking yourself out at night with a good spooky book.  These will most certainly help to keep you up at night or at least give you some fun dreams!  But hey that is what this time of year is for right?

For more Halloween entertainment, visit a few of my favorite blogs:

Tell us some other spooky and scary books you have read! What are the scariest books for teens you have ever read?  Leave your suggestions in the comment section below.

How to Teach Reading in Preschool