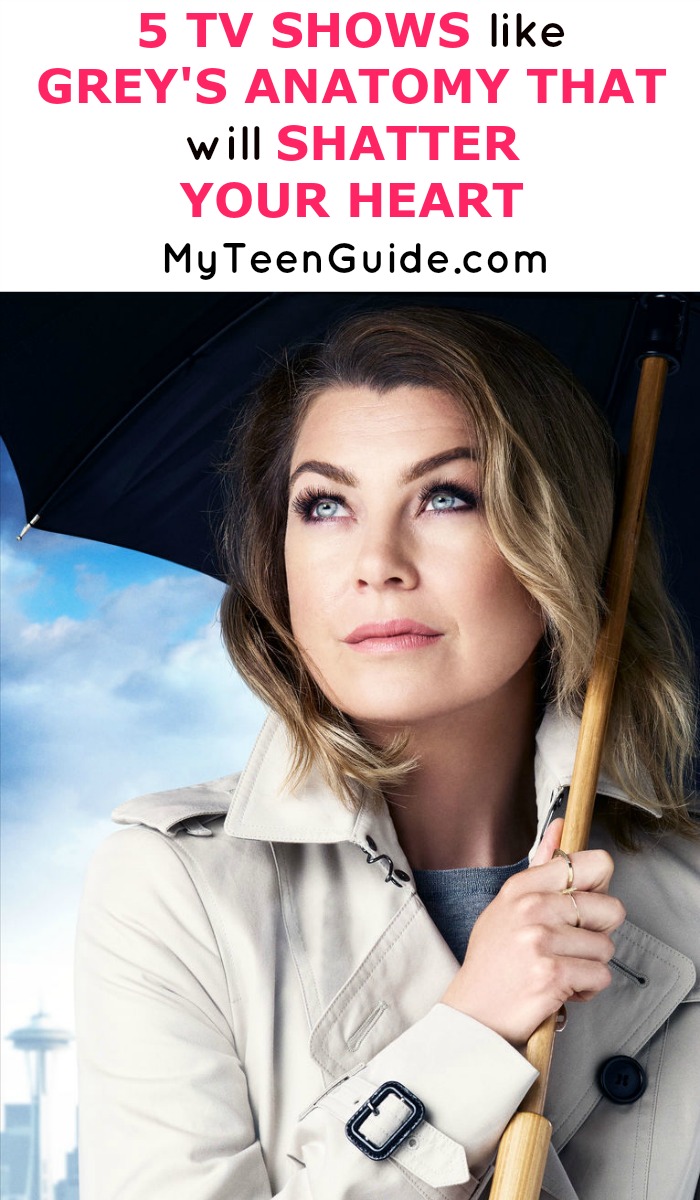 Raise your hands if you’re a Grey’s Anatomy fan and are always hoping for other TV shows like it? I’m a pretty fierce Grey’s fan and have been ever since I binge watched it two years ago. I caught up with all the episodes and suddenly I had to wait a week in between episodes. I was literally dying each week; it was one of my top shows, and I had to watch! If you are also a Grey’s fan, you know that Meredith and the doctors have all taken us on the trip of a lifetime. How they keep finding new ways to rip my heart from my chest every week is beyond me, but somehow Shonda Rhimes (the series creator for those who don’t know) manages to keep the drama coming. If you like a good medical drama, I have a list of TV shows they may just split your heart in two that you need to add to your list!

Related: The Best Shows Like Switched At Birth For When You Need A Family Drama Story

Just to recap in case you’re not already a Grey’s fan! Grey’s Anatomy is a medical drama television series that premiered on ABC on March 27, 2005. Season 12 of the series wrapped up on May 19, 2016. The whole show is named after the 1858 textbook titled Gray’s Anatomy by Henry Gray. The focus of the story centers on the professional and personal lives of interns, residents and attendings as they become seasoned physicians at Seattle Grace Hospital. Grey’s Anatomy stars Ellen Pompeo, Justin Chambers, Chandra Wilson, James Pickens Jr. and Patrick Dempsey. Here are some TV shows like Grey’s Anatomy.

Private Practice is a medical drama television series that aired on ABC for six seasons, from September 26, 2007 to January 22, 2013. It is a spin-off to Grey’s Anatomy. The series focuses on the life of Dr. Addison Montgomery, a neonatal surgeon, as she leaves Seattle Grace Hospital to join a private practice, Seaside Wellness Center. Private Practice stars Kate Walsh. Normally I’m not a huge spinoff fan but Private Practice is different. The show starts off being a pleasent echo of Grey’s, but quikly becomes a top show to watch all on it’s own. This one can stand on it’s own two feet.

House is a medical drama television series that aired on Fox for eight seasons, from November 16, 2004, to May 21, 2012. We follow Dr. Gregory House and his team of diagnosticians at New Jersey’s Princeton-Plainsboro Teaching Hospital. He is a doctor that doesn’t use conventional methods of medical practice; he depends on pain medication, but he is also a medical genius. House stars Hugh Laurie.

The Night Shift is a medical drama television series that premiered on NBC on May 27, 2014. Season 3 of this drama premiered on June 1, 2016. The story is about a team of doctors, most of them Army doctors, who work the night shift at the emergency room of San Antonio Memorial Hospital. The Night Shift stars Eoin Macken, Jill Flint, Ken Leung, Brendan Fehr, Robert Bailey Jr. and JR Lemon.

Chicago Hope is a medical drama television series that aired on CBS for six seasons, from September 18, 1994, to May 4, 2000. The series chronicles the professional and personal lives of staff at a private charity hospital in Chicago, Illinois, especially Dr. Phillip Watters, the Chief of Staff, along with surgeons Dr. Jeffrey Geiger and Dr. Aaron Shutt. Chicago Hope stars Hector Elizondo, Mandy Patinkin, and Adam Arkin.

Code Black is a medical drama television series that premiered on CBS on September 30, 2015. Season 2 will premiere on September 28, 2016. It is based on the 2014 documentary of the same name by Dr. Ryan McGarry. The show follows the lives of staff at Angels Memorial Hospital in Los Angeles, who work in a busy and understaffed emergency room. Code Black stars Marcia Gay Harden, Raza Jaffrey, Bonnie Somerville, Melanie Chandra, Benjamin Hollingsworth, Luis Guzman, Harry Ford and Mick Kennedy.

So have you seen any of these medical dramas? Tell me what you think of these tv shows like Grey’s Anatomy in the comments!