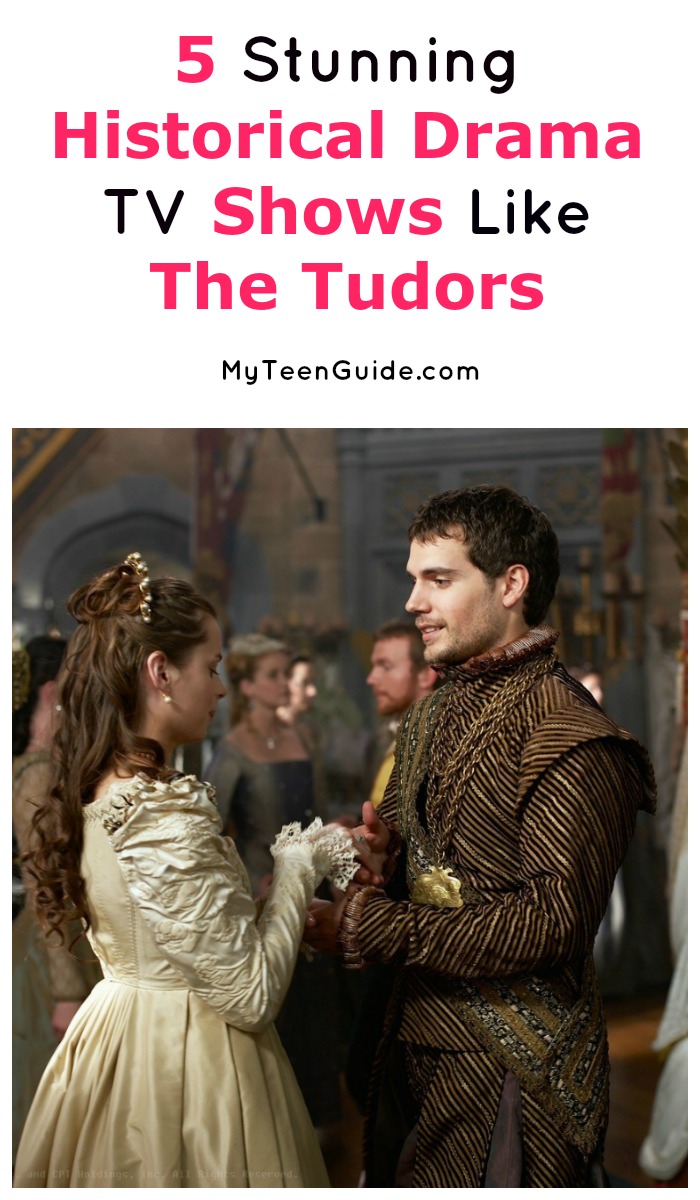 Love historical dramas filled with royalty and political intrigue? Check out 5 must-watch TV shows like The Tudors to binge on. The Tudors takes viewers back to 16th-century England. The series is based on King Henry VIII and his reign over England. When it debuted on Showtime, it was the network’s highest-rated show in three years. Here are five other shows like The Tudors, for your consideration.

Related:5 Amazingly Decadent TV Shows Like Game Of Thrones Fit For A King

The White Queen is a 10-episode miniseries that hit the airwaves in 2013. It follows the lives of three 15th-century women as they compete for the English throne. It’s based on a historical novel trilogy, by Philippa Gregory.

Meet Anne Neville, Margaret Beaufort, and Elizabeth Woodville… all of these women skilled in the art of manipulation. The year is 1464 and England has been at war for nine long years. Follow two sides of the same family as they fight over who will end up ruling the nation.

Spartacus: Gods of the Arena

This Spartacus-related mini-series aired over a six-night period in several different countries. You’ll be introduced to Gannicus, who is the first gladiator to become Capua’s champion. Since it’s a prequel to the original Spartacus broadcast, which debuted in 2011, several cast members have roles in both productions.

You’ll also meet Quintus Lentulus Batiatus and (his wife Lucretia) who takes over as gladiator manager for his father. Quintus’ main goal is to be recognized for his own achievements and to increase the stronghold of the House of Batiatus.

If you like dramas that feature a mix of fantasy and historical elements, chances are you’ll like Camelot. Produced by the Starz network, the series debuted in February 2011. It got canceled in June of the same year.

The storyline takes place in 5th century Britain. King Uther has just met his demise and chaos is on the horizon. Merlin is a sorcerer who has visions of a doom-filled future. So, he helps Arthur (son of the dead king) take over the throne. With the help of their allies, both of these men hope to build a new and better future for those who live under British rule.

The Pillars of the Earth

The Pillars of the Earth debuted in 2010, airing a total of nine episodes. The show was nominated for several awards, including a Golden Globe. The town of Kingsbridge is welcoming the construction of a brand-new cathedral. But, due to many tumultuous events, the future of the church is unknown. The big question is will the townspeople and the cathedral survive or will everything come crashing down around them?

World Without End is a 2012 miniseries that’s actually based on a novel of the same name. It’s also the sequel to The Pillars of the Earth, mentioned above. The storyline actually takes place 150 after Pillars.

You’ll find yourself again whisked away to the fictional town of Kingsbridge. Times are tough. Residents there are not only dealing with an unfortunate outbreak of Black Death, they must also contend with the beginning of the Hundred Year’s War. Who will survive these catastrophes? Tune into the four-episode broadcast to find out.

These are five TV shows like The Tudors, which might be of interest you. Each one is packed with adventurous from another time in a land far away. If you’re lucky, you may even encounter a fire-breathing dragon or two.