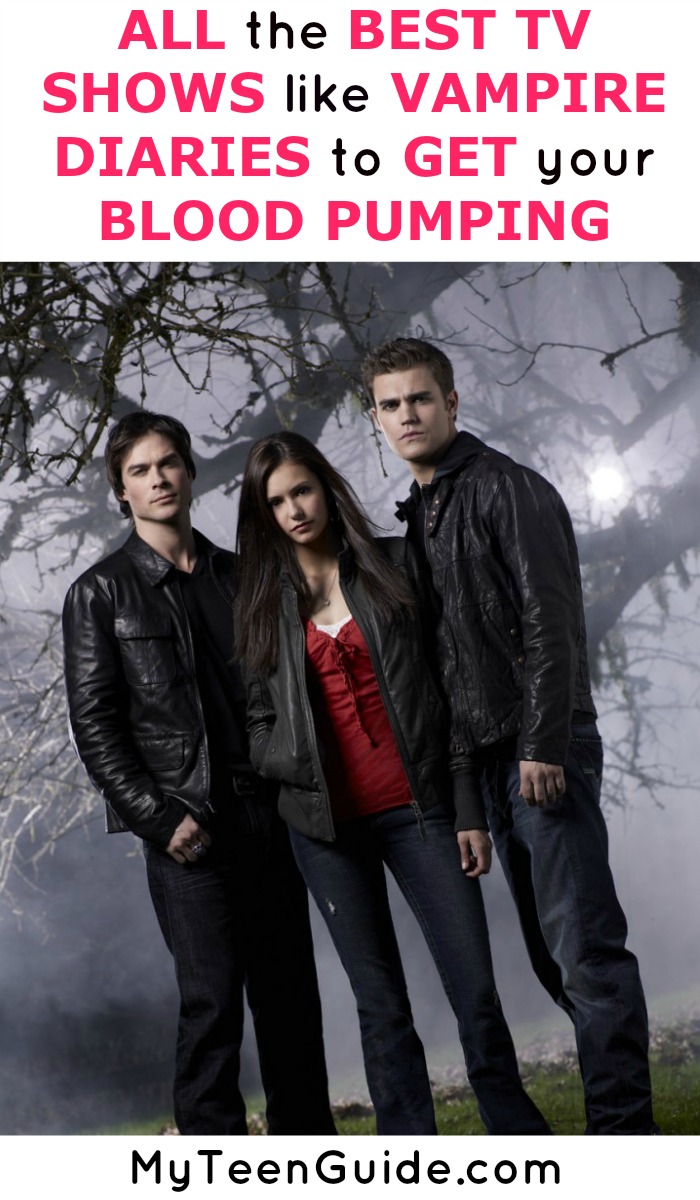 If you love to get your heart racing and your blood pumping with crazy supernatural dramas, then this list of TV shows like The Vampire Diaries is for you! Oh man, I love a good vampire show, the blood, the tragic romances and the dark gothic style powers suck me into a good episode. There are some pretty intense series out there, and the creepiness factor is all over the place. Whether you prefer a super creepy and almost gory look at creatures with powers beyond belief, or just a touch blood and gore, you will find it below.

Vampire Diaries is a supernatural drama television series that premiered on The CW on September 10, 2009. Season 7 of the series wrapped up on May 13, 2016. The series showcases the life of a teenage girl, Elena Gilbert, who falls in love with Stefan Salvatore, a vampire as well as his older brother, Damon Salvatore. Vampire Diaries stars Nina Dobrev, Paul Wesley, and Ian Somerhalder. Here are some TV shows like The Vampire Diaries.

Related: Do You Agree With Our Picks for the Hottest Vampire Movies of All Time?

The Originals is a horror fantasy television series that premiered on The CW on October 3, 2013. Season 3 of the series wrapped up on May 20, 2016. It is a spin-off of the Vampire Diaries. The series chronicles the life of Klaus Mikaelson and his vampire siblings Elijah and Rebekah, who return to take back the town that was once theirs. The Originals stars Joseph Morgan, Daniel Gillies, and Claire Holt.

True Blood is a dark fantasy television series that aired on HBO for seven seasons, from September 7, 2008, to August 24, 2014. It is based on The Southern Vampire Mysteries book series by Charlaine Harris. The series focuses on the life of Sookie Stackhouse, a telepathic waitress, who meets Bill, a vampire and finds herself in a whole new world of the supernatural. True Blood stars Anna Paquin and Stephen Moyer.

Teen Wolf is a television series that combines teen drama with horror, action, supernatural and romance. It made its premiere on MTV on June 5, 2011, and wrapped up season 5 on March 8, 2016. It is somewhat based on the 1985 fantasy comedy movie of the same name, starring Michael J. Fox. The series centers on the life of Scott McCall, a teenager who was bitten by a werewolf and must learn to deal with both his lives, as a teen and as a werewolf. Teen Wolf stars Tyler Posey.

Being Human is a supernatural drama television series that aired on Syfy for four seasons, from January 17, 2011, to April 7, 2014. The series chronicles the lives of three roommates: Aidan Waite, a vampire; Sally Malik, a ghost and Josh Levison, a werewolf, who attempt to live their lives as normal as possible. Being Human stars Sam Witwer, Meaghan Rath, and Sam Huntington.

Angel is a supernatural drama television series that aired for five seasons, from October 5, 1999, to May 19, 2004. It is a spin-off of the supernatural drama television series, Buffy the Vampire Slayer, that aired from March 10, 1997, to May 20, 2003, for seven seasons. The series focuses on the life of Angel, a vampire with a human soul. Angel stars David Boreanaz.

So which of these tv series like Vampire Diaries have you watched? Which ones are on your watch list now? I want to hear from you in the comments!