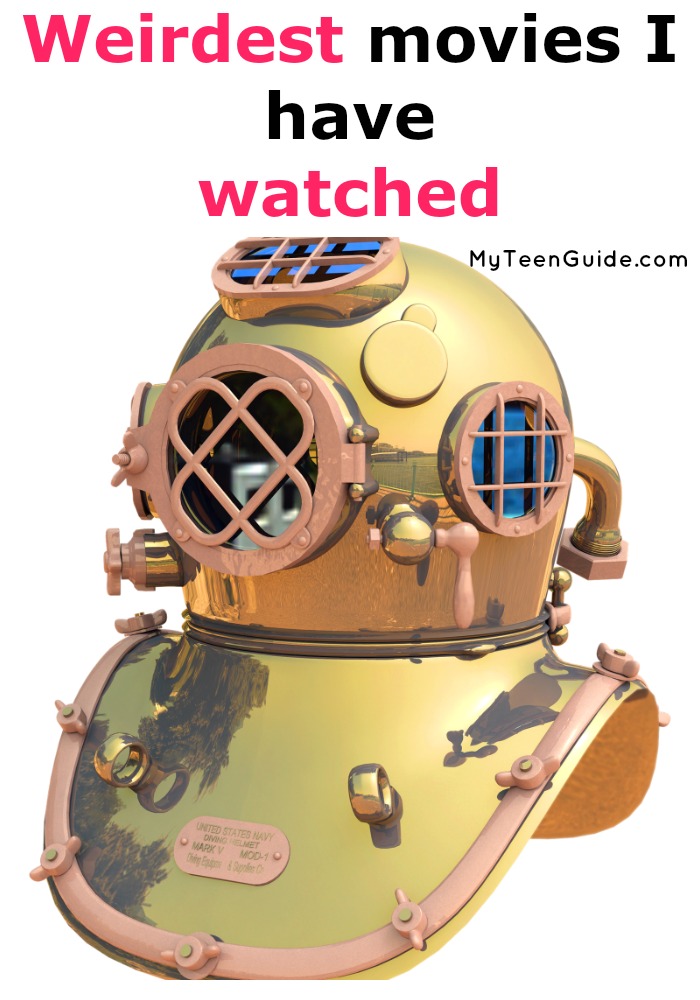 What are the weirdest movies you have watched? There are some movies that definitely leave a big impression your subconscious! You know the type I’m talking about: those films that leave a big question mark over your head at the end and make you think “what did I just watch???”  I love romance and drama as much as the next girl, but sometimes I’m just in the mood for a deep thinker flick! Here are some of the weirdest movies that I have watched and you should probably check out too.

5 of the Weirdest Movies You’ll Ever Watch

Donnie Darko is a 2001 psychological horror drama movie. The movie is about a troubled guy named Donnie Darko, as he tries to discover why he keeps having these strange visions that are connected to Doomsday. Jake Gyllenhaal plays the role of Donnie Darko and the movie also features Jena Malone, Maggie Gyllenhall, Patrick Swayze and Drew Barrymore. If you find yourself questioning reality by the end, don’t worry, you’re not alone!

A Clockwork Orange is a 1971 dystopian crime movie that is based on the 1962 book of the same name by Anthony Burgess. To me, anything dystopian is weird and strange but this movie takes it over the top when it comes to bizarre. The movie is about Alex DeLarge, who is very charismatic but also a sociopath at the same time. Strange character for sure. I won’t give away too much of the movie but Alex’s two main hobbies are violence and classical music. Malcolm McDowell plays the role of Alex DeLarge. A warning for sensitive viewers, this movie was considered the most ultra-violent film of its time. It’s incredibly disturbing at times.

Mulholland Drive is a 2001 neo-noir mystery movie. The movie is about the story of Betty Elms, who is an inspiring actress and becomes friends with a woman named Rita, who has been hiding out in one of her aunt’s apartments and seems to be suffering from amnesia. One of the weird and creepy things about this movie is the narrative, which is rather cryptic in nature. Naomi Watts plays the role of Betty Elms and Laura Elena Harring plays the role of Rita.

Naked Lunch is a 1991 sci-fi drama movie that is based on the 1959 book of the same name by William S. Burroughs. This movie goes beyond the word weird. It is the story of William Lee, an exterminator who kills his wife after he becomes addicted to the chemical he uses for killing bugs. Oh but it doesn’t stop there. William also gets tangled up in a hush-hush government plot that is being orchestrated by gigantic bugs. Need I say more? Peter Weller plays the part of William Lee.

Eraserhead is a 1977 surrealist body horror movie. You want to talk about weird, oh you need to watch this movie. It is about a man named Henry Spencer, who is trying to deal with raising his son, who was born severely deformed. The problem? They live in a deserted industrial landscape. Jack Nance plays the role of Henry Spencer. Honestly, anything by David Lynch is bound to be weird, but I think this was his strangest film ever!

There are a lot of incredibly surreal films out there, but these five definitely take the cake! If you want something that is going to completely mess with your mind long after the credits roll, these are the five for you!

Your turn! What are the weirdest movies you have watched? Tell us in the comments!