Looking for more movies like Venom that are positively villainous?

Whether you love a good “bad guy” origin story or just adore a hero with a few issues, we’ve got you covered!

While not all of these movies are strictly about villains, they all have something in common: flawed main characters!

Read on to find out which movies I’m watching until Venom releases on October 5th! 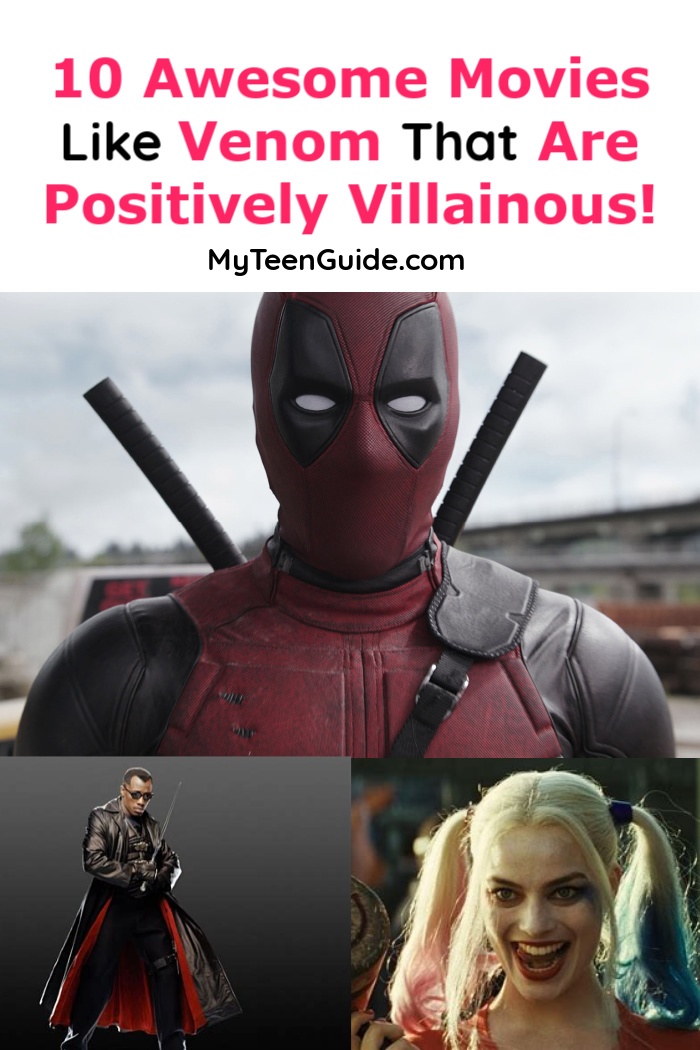 In case you didn’t know, Venom is an upcoming movie that seems to have a little something for everyone- action, horror, sci-fi and superhero.

Blade: Trinity is a 2004 action, adventure, horror, superhero movie that is based on the Blade character from Marvel Comics.

Hellboy is a 2004 action, fantasy, horror, superhero movie that is loosely based on the 1994 comic book- Hellboy: Seed of Destruction

Ghost Rider is a 2007 action, adventure, fantasy, superhero movie that is based on the Ghost Rider character from Marvel Comics.

To understand how The Terminator ends up on a list of movies like Venom, you really have to watch both of the first two movies.

Green Lantern is a 2011 action, adventure, sci-fi, superhero movie that is based on the Green Lantern character from DC Comics.

Of all the movies like Venom with flawed heroes, Suicide Squad definitely has characters that fit the criteria like no others!

8. Silence of the Lambs

If we’re just talking about superhero movies & super-villians, Silence of the Lambs doesn’t really fit, right? However, if we’re talking about flawed yet somewhat heroic main characters, it’s easy to see why this works.

9. Star Wars (Episodes I through VI)

Like Terminator, you kind of have to watch multiple movies to understand how this franchise fits into movies like Venom. It really is a story of how one guy turned so, so bad…and how he eventually redeemed himself.

As far as flawed superheroes go, you can’t really get more messed up than Deadpool! The foul-mouthed, sarcastic hero is on a mission to protect a young boy with new powers, and he’s taking no prisoners.

These are just a few great movies like Venom, and if you’re willing to expand beyond the superhero genre, you have even more choices! Flawed heroes come in all forms, and they’re popular for a reason: none of us are perfect, and we can see more pieces of ourselves in a foul-mouthed, sarcastic hero or a guy who’s just looking to make things right than we can in heroes who are perfect from the get-go.