10 Horrifying Slasher Movies Like Halloween That You Haven’t Seen Yet!

One of the best things about fall (besides the candy, of course): watching scary movies like Halloween!

Yes, I know that you can watch horror movies any time of the year, but there’s just something about Halloween that makes watching thrillers so much more, well, thrilling!

With the latest Halloween movie due out in theaters on October 19, 2018, you’ll have to wait a few weeks to find out what Michael Myers is up to this time around.

So, to keep you occupied until then, let’s talk about some other horror, slasher movies you can watch.

I bet there are at least a few you haven’t seen yet! 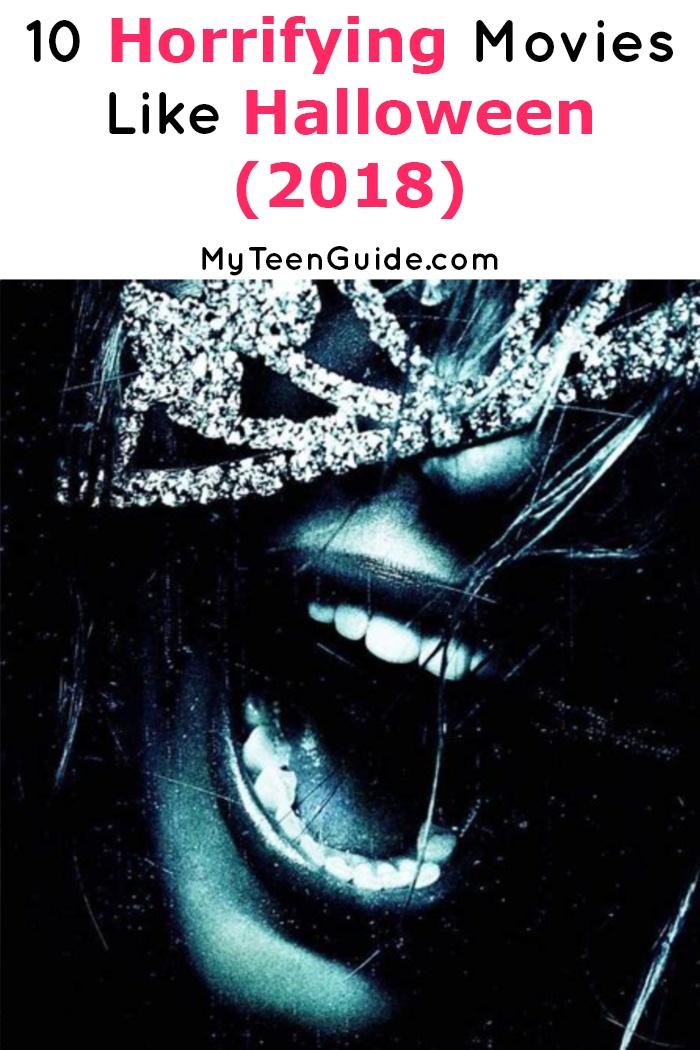 Now, I’m not going to include movies like Friday the 13

Why? Because those are obvious films that you’ve probably already seen!

Instead, we’re going to talk about other great movies that you may not have seen. So, grab some popcorn, turn off all the light and settle in on the couch for some great movies like Halloween.

My Super Psycho Sweet 16 is a 2009 teen, drama, horror, slasher movie that is based on the reality television series- My Super Sweet 16

Sorority Row is a 2009 horror, mystery, slasher movie that is a remake of the 1983- The House on Sorority Row

You’re Next is a 2011 horror, slasher, thriller movie that centers on the Davison family, specifically, the anniversary getaway of Paul (Rob Moran) and Aubrey (Barbara Crampton).

(Is it me or is an axe-wielding madman a common them in horror, slasher movies? I mean, I just listed 2 and then there’s others, like Friday the 13th, The Shining

. Not that I am condoning serial killers or anything because I am certainly not, but maybe they need to get a bit more creative and use things like a flashlight, a frying pan, a glass bottle or a screwdriver, right? What other some other items you can think of)?

Mischief Night is a 2013 drama, horror, thriller movie that centers on Emily Walton (Noell Coet), who suffers from psychosomatic blindness, caused by a car accident that killed her mother.

Hush is a 2016 horror, slasher, thriller movie that focuses on Madison Young (Kate Siegel), a young author who cannot hear or speak and lives a solitary live in a house in the woods.

Wondering where the ratings are? Look, I’m going to be honest with you: none of these movies exactly killed it with the critics! Slasher horror movies rarely do. They’re not exactly “thinkers,” after all.

While there are a few exceptions (Happy Death Day pulled off a 70%, and You’re Next managed a 77%), most horror movies are lucky to pull down average ratings. It’s kind of a minor miracle that Halloween (2018) already scored an 80% with Rotten Tomatoes critics! If you’re wondering, the original scored a 93%!