10 Things You Didn’t Know About the Walking Dead 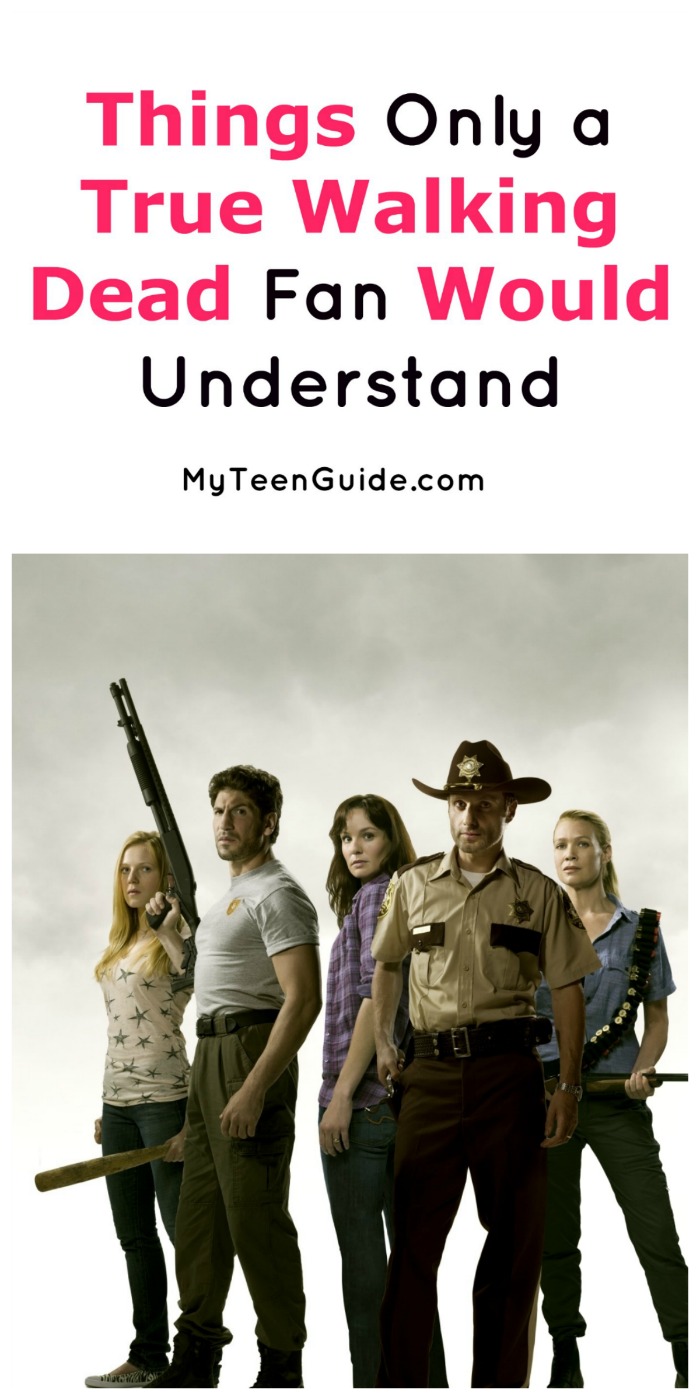 Get ready for some Walking Dead trivia that only the truest fans already know! The Walking Dead has become one of AMC’s most popular and most successful series. The show is one of the few that has been able to realistically portray what society may look like in the event of a zombie outbreak. While some zombie shows are a bit overdone, The Walking Dead meshes the post-apocalypse zombie scene with an awesome story that has captivated many viewers. Even if you’re a huge fan of the show, we bet there are a few things you’ll learn from this article. Here are 10 things you may not have known about the show!

https://www.instagram.com/p/BM2kQn2DwJy/?tagged=twdlogo
1. The logo foreshadows the story line. Opening credits of most shows are usually pretty boring but from season 1 up until now, if you watch the show from the start, you will notice that the logo has slowly been decaying and rotting away, which is exactly what’s happening to the environment on the show.

https://www.instagram.com/p/BQQ-_7nhwuP/?tagged=walkerstwd
2. We may never know what caused the outbreak. If you’re looking for a sure answer as to what caused humans to turn into zombies, you may be left hanging. The comics that the show are based off of do not reveal the cause of the outbreak and we can only assume the show won’t either.

https://www.instagram.com/p/BD3Qji4hKLE/?tagged=daletwd
3. The show uses food as flesh and guts. Who would have thought that food could look so bad? Producers have decided to use chicken breasts as human guts and flesh is ham soaked in vinegar. Talk about delicious!

https://www.instagram.com/p/BQ6EKG6j86H/?taken-by=thewalkingdeadamc
4. The living out crazy outnumbered. From the very beginning, the walkers outnumbered the living by a 5000 to 1 ratio. Of course, this ratio has dropped over the seasons but the walkers still definitely outnumber the non-zombie beings.

https://www.instagram.com/p/BNr0rBLgnyi/?taken-by=amcthewalkingdead
5. Producers love using a 16mm camera. Rarely are big screen television shows shot using a 16mm but the producers of the show have used it since day one because of the graininess of the film as well as the other imperfections this type of camera usually presents. All of this adds to the show’s ambience.

https://www.instagram.com/p/BQgy5QnAtbv/?taken-by=thewalkingdeadamc
6. HBO turned down the show. Originally the creators of The Walking Dead pitched the show to HBO producers who thought the idea was too violent. AMC was thrilled with the story line and is obviously not afraid of a little blood and guts!

https://www.instagram.com/p/BQ3vjeAAEJ8/?tagged=twdzombie
7. Zombie noises come later. When producing the show, the creators add all of the zombie sounds post-production. Maybe this is why some of the zombies look so terrifying, since they can 100% focus on acting instead of acting and making crazy noises.

https://www.instagram.com/p/BRO22n0l_Vo/?tagged=twddaryl
9. We can all be like Daryl. If you need a new costume for this year or if you want to be a cool walker-killer, you can pick up Daryl’s crossbow for about $300. Money well spent!

https://www.instagram.com/p/BAf6_Z8ksaY/?taken-by=thewalkingdeadamc
10. Walkers don’t blink. If you pay close enough attention to the walkers, you’ll notice that none of them blink. Actors are told to do their best to blink as little as often and any eye-closing moments are removed post-production.

Can you think of any other Walking Dead trivia that only a true fan would know? Share below!