The 2016 CMT Awards Nominations Are Here! 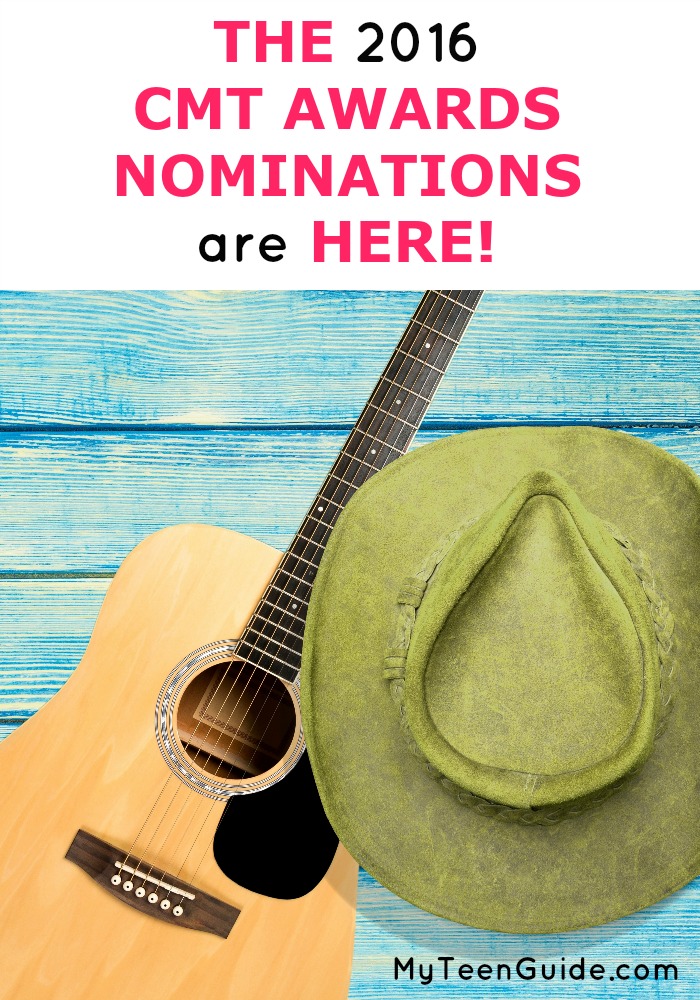 The official CMT Awards nominations are here, and I can’t wait to see who takes home the prize. TBH, I’m not sure why country music has so many award shows but I love it all the same. The good side is that like at the 2016 American Country Music awards and the 2016 Country Countdown Awards there is bound to be some amazing music and outfits. I can’t wait to see the country stars pull out all the stops again! Below I’ve included a little more info to catch you up about the CMT awards. After that is the full official list of nominees including all of my predictions! Carrie Underwood and Chris Stapleton (now a household name right? ) seem to be leading the pack this time! Check out the full details below for the 2016 CMT Awards nominations now!

The 2016 CMT Awards Nominations Are Here! The Details:

The nominees were announced for the 2016 CMT Music Awards. Thomas Rhett was on the Today Show to announce the list of nominees. So, did your favorites make the list? Voting is now open so you can vote for your favorites. You can vote at the CMT website until 12:01 am EST on June 6, 2016. The awards will be televised live on the CMT Channel on Wednesday, June 8, 2016, at 9:00 pm EST from The Bridgestone Arena in Nashville, Tennessee. As of right now, there is no word on who will be hosting, performing or presenting. So, here are the nominees as well as my predictions for the 2016 CMT Awards.

The 2016 CMT Awards Nominations Are Here! Full List of Nominees

Female Video of the Year
Jana Kramer, “I Got the Boy”
Kacey Musgraves, “Biscuits”
Cam, “Burning House”
Carrie Underwood, “Smoke Break”
Kelsea Ballerini, “Dibs”- She has definitely made her mark in country music in just a short time.
Maren Morris, “My Church”

Performance Video of the Year
Carrie Underwood, “Smoke Break”- Carrie Underwood has so much talent and one of the most beautiful and sweet voices in the world.
Adam Lambert and Leona Lewis, “Girl Crush”
Brantley Gilbert and Lynyrd Skynyrd, “What’s Your Name”
Jennifer Nettles and Cheap Trick, “I Want You To Want Me”
Chris Stapleton, “Nobody To Blame”
Darius Rucker, “Alright”

Breakthrough Video of the Year
Brothers Osborne, “Stay a Little Longer”
Cam, “Burning House”
Chris Janson, “Buy Me a Boat”
Chris Stapleton, “Fire Away”
Maren Morris, “My Church”- She is new to the country music scene, but if you have not heard this song or seen this video yet, it is a must-hear song and must-see video.
Old Dominion, “Break Up with Him”

Group/Duo Video of the Year
Brothers Osborne, “Stay a Little Longer”
Dan + Shay, “Nothin’ Like You”
Florida Georgia Line, “Sippin’ on Fire”- By now you all know that if my boys, Florida Georgia Line is on the list, they are my pick! Love them!
Little Big Town, “Girl Crush”
Old Dominion, “Break Up with Him”
Zac Brown Band, “Loving You Easy”

So what do you think of the  2016 CMT Awards Nominations this year? Who are you hoping will win? Tell me about your fav country music artists in the comments!

7 thoughts on “The 2016 CMT Awards Nominations Are Here!”