All Of The Alice Through The Looking Glass Movie Trivia You Need To Know (Coming Soon!) 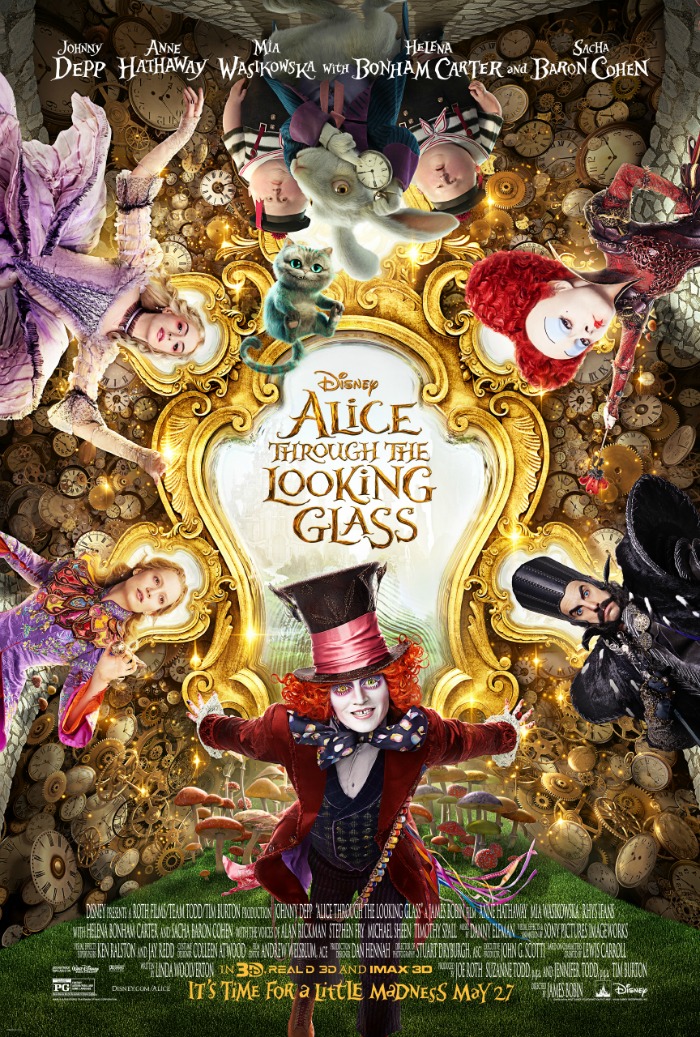 I am ready to jump down a rabbit hole to find this Alice Through The Looking Glass movie trivia! In all seriousness, Alice Through The Looking Glass is shaping up to be an amazing film, and I can’t wait to see it. This movie is the sequel to the original Alice In Wonderland Disney produced several years ago in 2010. Do your remember the eye candy couture costumes in the first movie? Swoon!

Jonny Depp returns as the Mad Hatter, and this time, Alice must save him! If you thought the first film was a bit dark, the second one looks like it takes an even darker path as Alice battles against a new character simply known right now as Time. Some of my favorite characters are back including the loud mouth red queen, the blue caterpillar and of course the white rabbit. See the Alice Through The Looking Glass movie trivia below that are going to get YOU pumped for this twisted version of Alice. Check out the full movie details, the amazing cast, some quotes and of course the trailer.

Alice Through the Looking Glass is a fantasy adventure movie that will hit theaters on May 27, 2016. The movie is based on the 1871 book titled Through the Looking-Glass by author Lewis Carroll and is also the sequel to the 2010 movie Alice in Wonderland. Still plenty of time to read the book first if you are obsessed like me! Check out the gorgeous trailer. Can you imagine heading back to Wonderland?

Several cast members will be back from the 2010 movie, including Mia Wasikowska as Alice, Johnny Depp as the Mad Hatter, Helena Bonham Carter as the Red Queen and Anne Hathaway as the White Queen. Also, several actors will reprise their voice roles, including Alan Rickman as the Caterpillar, Stephen Fry as Cheshire Cat, Michael Sheen as Nivens and Timothy Spall as Bayard. That is a large chunk of the cast that is back, which is a good sign for this movie.

James Bobin (director) and Johnny Depp also recently did a Q&A session on Facebook. Check out the full interview for more Alice Through The Looking Glass Movie Trivia.

I’m not as familiar with the second book of Alice In Wonderland. I may have to read the book before the movie! Luckily this Disney film arrives May 27th in theaters, so there is still plenty of time to catch up on Alice Through The Looking Glass before it hits theaters. This film looks like it is going to be stunningly beautiful like the first round, but maybe a little more twisted.

Which bit of Alice Through The Looking Glass movie trivia surprised you? Are you excited for the movie? Tell me what you think down below in the comment box!

19 thoughts on “All Of The Alice Through The Looking Glass Movie Trivia You Need To Know (Coming Soon!)”