5 Amazingly Little Anachronisms In Stranger Things That Are Off 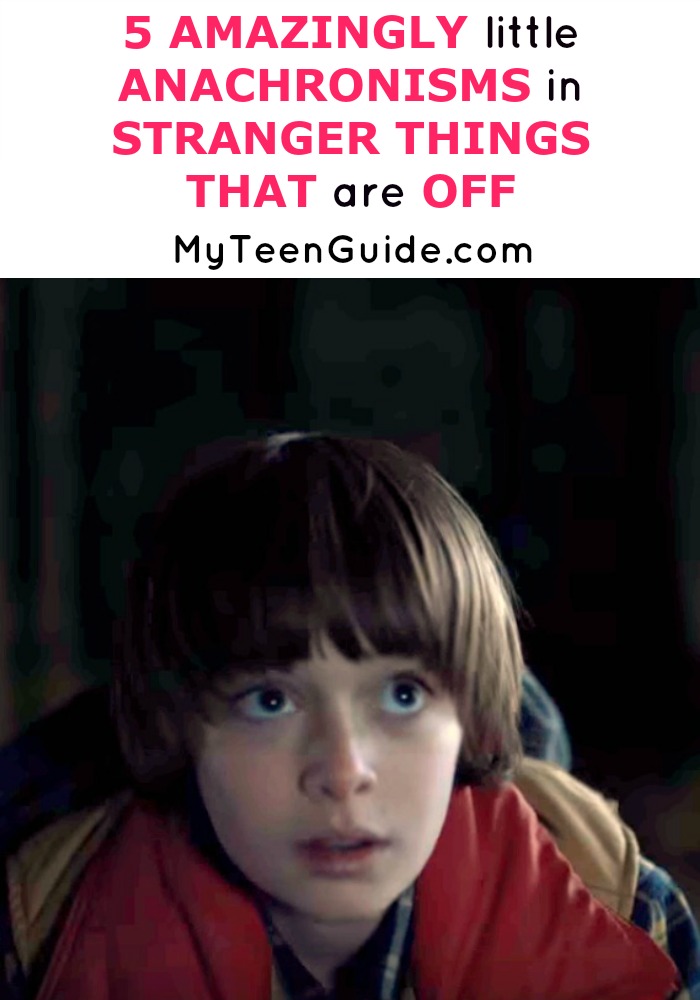 Stranger Things has its story set in 1983, but since we’re filming it in the modern day it’s easy for anachronisms to slip in accidently. If you’re not familiar, an anachronism is when something from a different time period suddenly finds itself in a movie or show that doesn’t fit. For example, if I were to throw and iPhone suddenly into Stranger Things and have one of the kids text their mom from the woods, well that would be impossible because iPhone’s didn’t exist in 1983 when the show is set. Netflix’s show Stranger Things in season one overall does a great of giving everything and 80’s throwback, but there are just a few tiny things that are off. Check out some of the anachronisms I found in Stranger Things!

Related: What Do You Think Will Happen In Stranger Things Season 2

What Are Some Anachronisms In Stranger Things?

1. Music Dates After the Show Was Set

Some of the music dates in the show was actually from after the show was set. Examples of these music dates are the Sunglasses At Night by Corey Heart released on 1984 as well as There Is A Light That Never Goes Out by The Smiths which was 1986. It looks like the show is keeping the music to the early eighties, maybe we can all just low-key call it close enough.

In the TV series, Mike’s Millennium Falcon does not have the stickers which it originally had. This Millenium Falcon is a re-issued model from the 1990’s. If you look closely the molded plastic engines do not fit in the period that Stranger Things was set. They weren’t making that style of toys then. How would I have played with anything as a kid without molded plastic toys? What did they play with, sticks?

Related: 5 Creepy TV Shows Like Stranger Things That Will Make Your Skin Crawl

3. No Mention of Return of the Jedi Movie

One thing that seems to really stick out to fans is how the movie Return of the Jedi was not mentioned even though the movie was released in the summer of 1983. The kids have mentioned The Empire Strikes Back and yet they haven’t seen Return of the Jedi, so that’s a bit weird. Um, wouldn’t they be lined up at the theater to see it? Maybe not with fro-yo covered in cookie dough bits like I like to have when I go to see Star Wars, but I’m sure popcorn existed back then.

4. Conversations That Seem Out of Place

Overall, this show is an amazing series watch, but some fans cannot help but notice a few conversations seem off. For instance, before Nancy went to the party, she asked Barb, “Are you chill?” Then Barb responded back the same way which is not a mid-80’s slang word. The word “chill” was first introduced as slang as “chill out” in 1979. It wasn’t until 1985 though that the word was used by itself. “are you chill?” or “Let’s go chill somewhere.” Tiny slang vocab lesson, now you feel smarter and stuff, right? I do a bit, is that wrong? Haha

Well, that’s it! Overall this show does pretty good at keeping thing accurate! There are only a few of these anachronisms in Stranger Things that I can find; it’s almost a game t find them! Do you know of any more? Are you enjoying this fab Netflix show? Tell me in the comments!