We’ve got you covered with 15 epic flicks to watch while you’re waiting for June 22 to arrive! 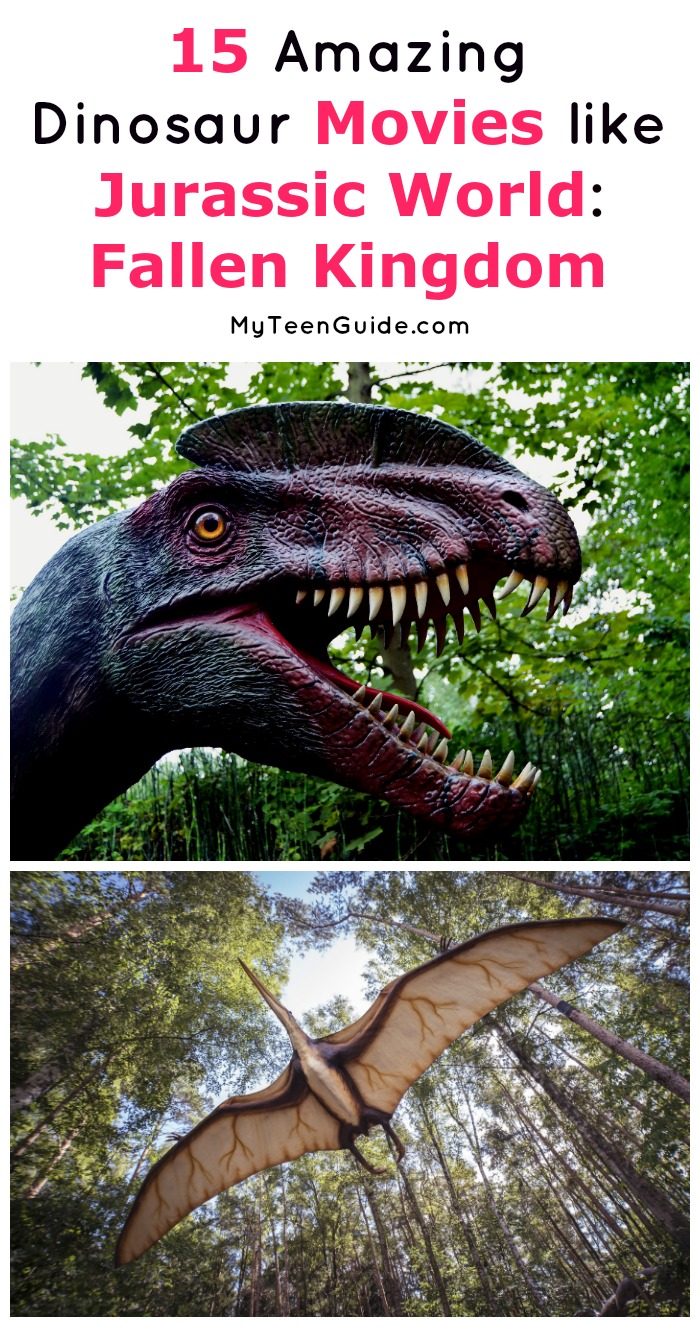 With the upcoming Jurassic World: Fallen Kingdom about to hit the theaters, it is a great time to remember some of the best movies with dinosaurs in it to get in the mood for the latest flick in the Jurassic series.

Even if you are not such a big fan of dinosaurs, these movies will make you love the prehistoric giants and get you in the mood for Jurassic World: Fallen Kingdom. 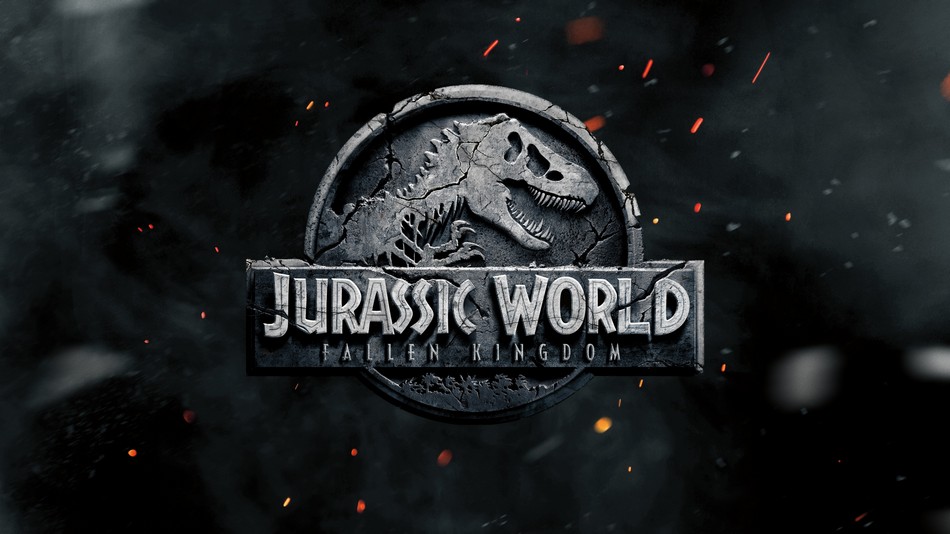 Don’t miss out: Skip the lines & get your movie tickets on Fandango!

The movie that started the franchise, Jurassic Park

quickly became a classic. It became an iconic movie and probably the best ever movie about dinosaurs.

The plot revolves around the eccentric industrialist John Hammond (Richard Attenborough) and his bioengineering company InGen that managed to develop a way to clone the dinosaurs by extracting their DNA from mosquitos.

Thanks to this, Hammond created the Jurassic Park, an enormous theme park on a Costa Rican Island called Isla Nubar.

However, keeping dinosaurs in their exhibits and the visitors safe is not such an easy task, as we quickly learn as things go terribly wrong.

The second movie in the Jurassic Park trilogy

, once again directed by Steven Spielberg, is all about the rampage of the dinosaurs.

The main place where everything happens is no longer Isla Nubar, but another Costa Rican island Isla Sorna.

That is where InGen created the dinosaurs before transferring them to the park.

However, since the incident in the Jurassic Park, the dinosaurs were left on this B site. Dr. Ian Malcolm (Jeff Goldblum), who tried to warn everybody about the dangers of genetic engineering in the first movie, goes to Isla Sorna to document the lives of dinosaurs, hoping to gain public support against human interference.

His girlfriend, Dr. Sarah Harding (Julianne Moore) is already on the island, which prompts Ian to come here in the first place after surviving the horror of dinosaur attack once before.

Although probably the weakest movie in the Jurassic Park trilogy, this flick is still worth the watch.

If nothing else, there are a bunch of dinosaurs in it. The plot of the movie once again is developed on Isla Sorna, where a kid and his instructor go missing while parasailing on the island.

The kid’s parents convince Dr. Alan Grant (Sam Neill) to go on the Island, by pretending that they are interested in providing him with funding for his research on Velociraptors.

Once they get there, their plane crashes and they have to fight to survive among the dinosaurs.

After 14 years, the original trilogy got a new sequel, that proved how much people love dinosaurs since it was a huge box-office hit.

If you plan to watch Jurassic World: Fallen Kingdom, and you somehow missed Jurassic World, then you should definitely watch it now.

The original Jurassic Park on Isla Nubar has been renovated and a new theme park called Jurassic World now stands in its place. Seemingly safer, with better security and professional dinosaur trainers, Jurassic World is extremely popular and a lot of people visit it on a daily basis.

However, this new theme park goes even further – they develop hybrid dinosaurs. You know, because the regular dinosaurs are not badass enough.

And besides, what could go wrong if you mix the genes from a bunch of different predator dinosaurs, including the T-Rex and Velociraptor.

There have been many adaptations of the famous gigantic ape after he first debuted on the big screen in 1933.

That original movie, shot in black and white, inspired many directors after to tell the same story. Among the better ones is Peter Jackson’s movie with Jack Black, Adrien Brody and Naomi Watts in leading roles.

Well, in one particular scene, King Kong fights with three hungry T-Rexes that went after his bellowed Ann. Even though that’s basically like a bunch of sumo-wrestlers fighting over one single peanut, it is still an amazingly done and exciting scene.

is not technically a dinosaur, it certainly looks a lot like one and deserves a place on our list.

The famous franchise started in 1954, when the first Japanese movie was released. Since then, the Japanese have been going crazy over this radioactive lizard/monster.

There have been around 30 movies made only in Japan, including such obvious gems like Mothra vs. Godzilla, Godzilla vs. Mechagodzilla and Godzilla vs. SpaceGodzilla.

Although the well-known monster never reached such popularity in the US, there have been a couple of movies made. However, both of them were not received well by the critics.

The first movie, directed by Ronald Emmerich and starring Mathew Broderick, Jean Reno and Hank Azaria, among others, is our favorite so far.

Among numerous adaptations of the famous novel by Arthur Conan Doyle

, the literary father of Sherlock Holmes, the BBC adaptation from 2001 stands out from the rest.

As almost anything done by the BBC, including their TV series Walking with Dinosaurs which you simply must watch if you love dinosaurs, The Lost World is a great flick with a lot of action and amazing effects.

Based on the novel by Jules Verne

, this action-packed fantasy movie was not that well-received by the critics. However, the fans loved it, especially Brendan Fraser who played the leading character Trevor Anderson.

The plot revolves around a group of people going on a quest to find Trevor’s missing brother.

Along the way, they find a path that leads to the center of the Earth, where an undiscovered and dangerous world stands free of human interference. Among many things they encounter, the dinosaurs certainly stand out.

One of the well-known classics, The Land That Time Forgot

, depicts a world of the undiscovered land of Caprona.

When a German U-boat with British war captives takes a wrong turn, they end up on Caprona and find out that the life on the island is completely prehistoric.

With Neanderthals and dinosaurs they encounter, survival is certainly uncertain.

If you saw the best-rated movie of all times by movie fans on IMDB, Shawshank Redemption, then you must remember the Raquel Welch poster in a skimpy little costume that covered the escape hole on the wall of Andy’s prison cell.

Well, the poster is from this classic gem. If you don’t mind watching stop-motion dinosaurs, then you will certainly enjoy this flick. If nothing else, at least for the lovely Raquel.

If you have a desire to walk with dinosaurs, this 3D flick is the closest experience to the real thing.

It is a family film meant to educate kids (and adults) about the world of dinosaurs. The movie starts with a couple of kids going on a fossil hunt with their uncle.

There, the boy starts talking to a rook, who tells him the story of dinosaurs and one unlikely hero.

The movie received critics for the voice-overs that were deemed juvenile. The movie was first planned without them, but 20th Century Fox decided that it would help the movie connect with the audiences.

Certainly, a wrong decision, but that shouldn’t discourage you from watching this movie because it has amazing visual effects.

For all the dinosaurs lovers out there, this TV documentary is a must-watch.

It is a story of the life of American dinosaurs, done in the greatest detail and with an amazing animation.

Even if you don’t generally like documentaries, you should give this movie a chance, especially since the movie is narrated by John Goodman, who isn’t talking about the Vietnam War for a change.

It is time to cover a few of the best-animated movies about dinosaurs before we end our list.

The first, and my personal favorite, is The Land Before Time

, a very emotional, touching movie about a group of young dinosaurs led by the brontosaurus Littlefoot, that go on an adventure to reunite the families in their valley.

Even though it is a cartoon, which basically means that it is meant for kids, don’t be surprised if you shed a few tears. You certainly won’t be the only one.

Also, don’t forget to check out the sequels.

A Pixar animated movie that depicts a world where humans and dinosaurs live together, this flick is a touching story about the unlikely friendship between an Apatosaurus named Arlo and a feral caveboy.

It is a feel-good movie that tries to send a message that we shouldn’t let our differences divide us.

The loved Ice Age characters encounter dinosaurs for the first time in this sweet animated movie, which was the third movie in the franchise.

Manny, Sid, Diego, Crash and the rest of the gang are as witty as ever, but the real hero of the movie is Sid, the goofy sloth who feels like he should have a family of his own and adopts three abandoned eggs from which T-Rex babies hatch.

I hope you will check out at least some these dinosaur movies like Jurassic World: Fallen Kingdom! They will definitely help you kill time until it finally hits the theaters.