What motivated the main character of “13 Reasons Why” to commit suicide & leave behind those infamous tapes? 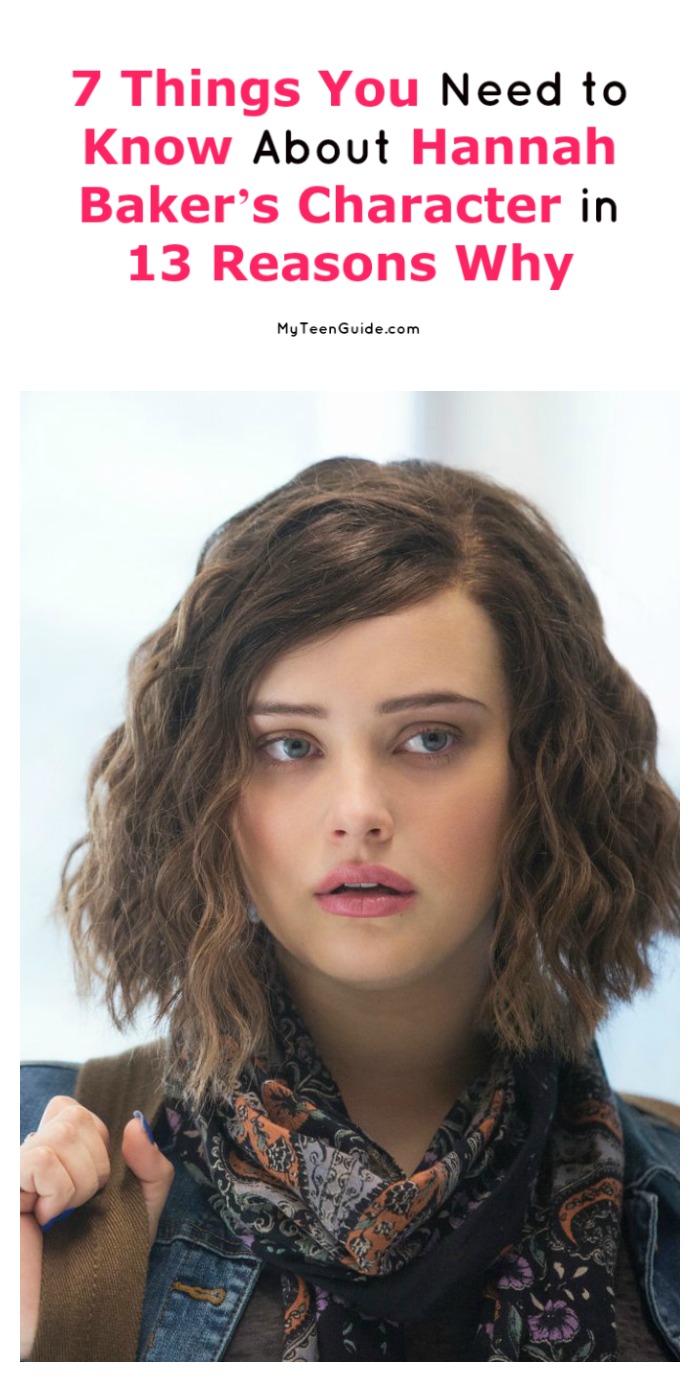 Of all the characters in “13 Reasons Why,” Hannah Baker‘s motivations and traits are probably the most important to understand,

and not just because she’s technically the main character!

As you watch the show (or read the book

), you know upfront that Hannah isn’t going to make it to the end.

The series centers on Clay Jensen discovering the 13 reasons why Hannah took her life, showing her story through a series of flashbacks.

Why did she do it?

What drove a seemingly average girl over the edge?

Let’s check out Hannah’s character traits and see if we can figure out where it all went wrong.

Related: 7 Most Powerful Songs from 13 Reasons Why to Add to Your Playlist

Spoiler alert: if you haven’t watched the show, you might want to wait to read this!

I tried not to give too much away, but sometimes it couldn’t be helped.

1-She enjoyed the simple pleasures of life

Hannah Baker was a relatively simple girl. Not simple-minded, of course (she was actually pretty smart, but more on that later), but she enjoyed the simple things in life.

She was at her happiest when she was hanging out with her friends at the coffee shop but also got along fine with everyone at parties (at least at first).

I think her simplicity is an important character trait because it shows that, deep down, she wasn’t all that hard to make happy…at first.

2- A romantic at heart

Like most girls her age, Hannah wanted to find true love.

She was giddy with excitement over her first kiss with Justin, which just made what he did to her after all that more heartbreaking.

Although Justin didn’t technically start the “slut” rumor, he didn’t set the record straight, either.

Even after that, Hannah still believed that true love was possible.

Too bad she didn’t realize it was staring her right in the face the whole time.


RELATED: 13 Things You Did Not Know about 13 Reasons Why

Hannah got good grades in school, at least before everything went downhill for her.

I think this is important to understand because, according to a rather famous study, suicide and intelligence do kind of go hand in hand.

Basically, the theory goes that you have to have some level of intelligence to even consider suicide.

Honestly, I don’t know for sure, and I don’t think researchers really understand it, but it does kind of make sense.

The smarter you are, the more prone to over-analyzing things you are.

Hannah may have been a simple girl at heart, but she had super high expectations of people.

Even the most seemingly minor slights factored into her “13 Reasons Why.” She’s a lot like Clay in that respect, putting people on pedestals and judging them harshly when they fail.

Jenny is a prime example.

Her major crime: knocking over a stop sign and not reporting it right away.

Yes, that downed stop sign led to tragedy, but Jenny was an otherwise incredibly kind and caring person.

She punished herself for what happened, she didn’t need to be punished by Hannah, too.

Considering that Hannah witnessed her friend getting raped and didn’t say a single word to stop it, she doesn’t have room to judge.

Okay, so maybe the reason she didn’t yell out or find another way to stop her friends assault had more to do with this character trait than anything else.

She was scared of what people thought of her, scared to come forward and do the right thing, scared to stand up for herself.

She was also scared to tell others how she felt, especially Clay.

While I can’t judge her for being scared (we all are in high school), I do feel like it had a lot to do with her motivations.

You have to be manipulative to put 13 people through the kind of torture that she did with her tapes.

She planned out their punishment before she committed suicide, made sure they’d suffer long after she was gone.

She manipulated Clay by even putting him on her list, considering he didn’t do anything wrong.

Probably because she knew he’d be the one to react and avenge her death.

She also manipulated Tony to make sure he would deliver the tapes and keep an eye on everyone as they listened.

Suicide is one of the most selfish acts you could ever commit.

The fallout on the people left behind leaves a lifelong impression.

The thing is, it’s only the people that care about you most that suffer.

Hannah’s parents will never get over losing their daughter. Clay, well, he may eventually, but it will stick with him in some way for his whole life.

The thing is, the people you want to punish the most aren’t even going to think about it a year from now.

Most of the people on the tapes were either suffering from their own high school traumas or just sociopaths to begin with and incapable of caring.

It’s not that they didn’t “care enough” about Hannah, they were too busy dealing with their own lives to even realize that she was in such a bad place.

Hannah expected the world to revolve around her, for everyone to say “what’s wrong, Hannah?

How can I help?

Yet I never saw her ask what she could do for them.

Hannah Baker was flawed, just like every other character in the series and book.

Did her character traits lead her to commit suicide, or did she really just see no other way to cope with the worst thing that ever happened to her?

I think it was a combination of both.

Going into 13 Reasons Why season 2, I honestly wasn’t really expecting to see Hannah Baker again. Oddly, for a dead girl, she sure does have a lot of screen time!

In season 2, we see Hannah both in flashbacks that dig deeper into her story and in current time as Clay’s hallucination.

Before we get into her Season 2 traits, I just want to take a quick moment to remind you that Season 2 of 13 Reasons Why is very graphic.

It’s TV-MA, and they definitely push the “MA” envelope to the breaking point with intense scenes involving sexual assault, drug use, guns, and bullying.

Now that you’ve been warned, let’s talk about the two different Hannah’s that we see in season 2.

Season 1 was Hannah’s story, so it was a little biased. Season 2 fills in a lot of gaps and tells the stories from the other side as her classmates testify in the trial against the school.

Her relationships with other characters went deeper than we thought

Without giving too much away, we learn that her relationships with the characters on her tape go a lot deeper and further than she led us to believe.

The thing is, this information comes from other biased sources telling “their side,” so we still don’t know how true it is.

We do learn that Hannah kept a lot of secrets both for a lot of people and from them.

She wasn’t as innocent as we thought

One of the most important things that we learn about Hannah is that she wasn’t as innocent as the first season led us to believe.

We learn some shocking things about her own bullying behavior that took place at her old school.  While she expresses regret about this in a flashback, it’s still a little surprising to learn.

Since this version of Hannah only knows what Clay knows about her, she doesn’t really give many new answers to Clay.

What’s interesting is that, through flashbacks, we learn that the real Hannah was also prone to leaving out huge chunks of relevant information from her stories.

Not now, not ever. pic.twitter.com/diQUODAVbK

She can’t move on

At times, it seems like the show is trying to make us believe that Clay is seeing a ghost rather than a hallucination. Clay’s Hannah can’t seem to find peace, even in her death, until Clay also finds peace with her.

This also speaks to the real Hannah, as she had a very hard time putting things behind her. Some things obviously couldn’t easily be moved beyond.

Still, she held onto every single slight from every friend as if they were purposely trying to hurt her. While some of the characters definitely did hurt her deeply on purpose, in many cases that wasn’t the case at all.

You are not alone. If you or someone you know needs help, please visit https://t.co/IOU941BtPu. pic.twitter.com/DawqCOeMLA

What do you think are the most important Hannah Baker character traits that led to her decision? Share below!

What do you think are the most important Hannah Baker character traits that led to her decision? Share below!