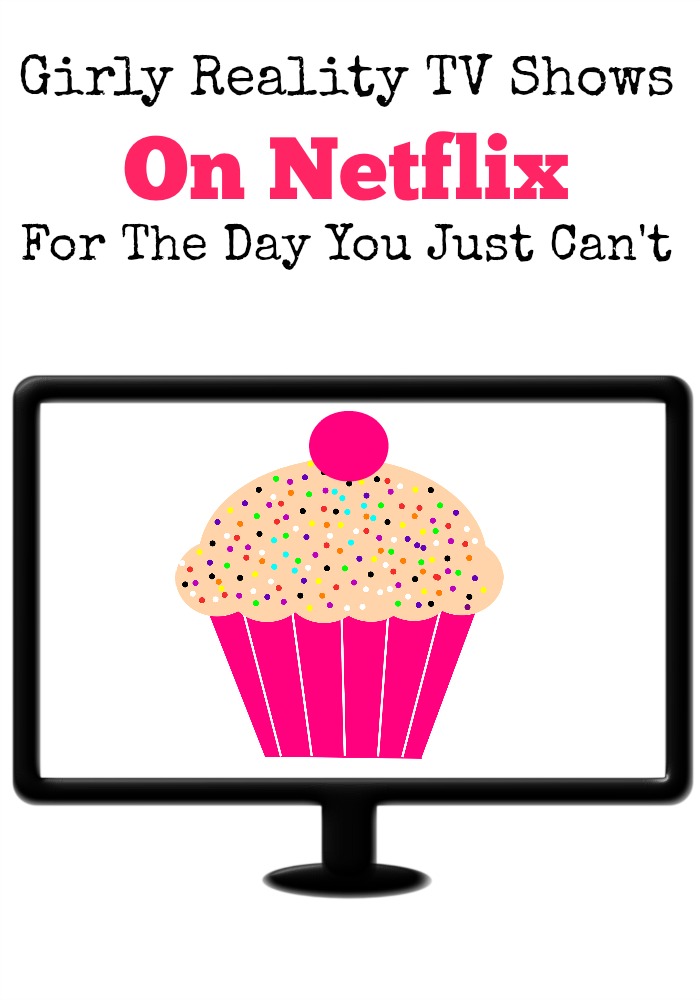 Girly reality tv shows on Netflix are easy to find, and sometimes you just need to chill and veg. I always like the show to include a little bit of drama, but sometimes I don’t need a whole binge-fest. That’s where these shows are perfect! Reality television shows features real-life situations that are not scripted. Let’s face it, most of these shows Bae may or may not care about, but that doesn’t mean you won’t love them! Here are some of the best girly reality TV shows on Netflix.

Cupcake Wars is a reality competition show, which began in December of 2009 and ended in December of 2013. The show is hosted by Justin Willman and judges on the show are Candace Nelson and Florian Bellanger, both are pastry chefs. The show starts each time with four  contestants, and each episode is three rounds. Bakers are given a specific cupcake challenge, and one contestant is eliminated at the end of each round. Some of the challenges are super tough to make into cupcakes!

Real Husbands of Hollywood is a reality TV parody show that premiered on the BET Network in January of 2013. Comedian Kevin Hart created the show, and it showcases the life of not only himself, but other celebrity married couples as well. Each couple features a fictionalized version of their real-life selves, as they navigate through life in Hollywood. The show featured celebrities like Nick Cannon, Nelly, and Robin Thicke. This show has serious drama.

Chopped is a reality cooking show that premiered in January of 2009 on the Food Network. Ted Allen is the host of the show, which pits four chefs against one another, each vying for a chance at winning $10,000. In the show, the chefs are provided with a basket containing mystery ingredients, and they must take those ingredients and make a creative dish with them. This is one of my fav shows to veg with. You can usually stop in the middle, and it’s no big deal. Some of the dishes the chefs come up with are way crazy, and they also get a bit competitive.

Ace of Cakes is a reality television show that premiered in August of 2006 and ended in February of 2011, airing on the Food Network. The show centers on Charm City Cakes, a custom cake shop in Baltimore, Maryland, owned and operated by Duff Goldman. Ace of Cakes showcases the operations of the small business, from working with customers and vendors to making the amazing cakes to delivering the completed products which are always freaking amazeballs. Duff and his crew of misfit bakers invented the extreme cake! Who else uses power tools when they are making a cake? These guys.

Do you have favorite girly reality tv shows on Netflix? Tell me what you like to watch in the comments pretty please! I’m always looking for ideas to add to my list too!