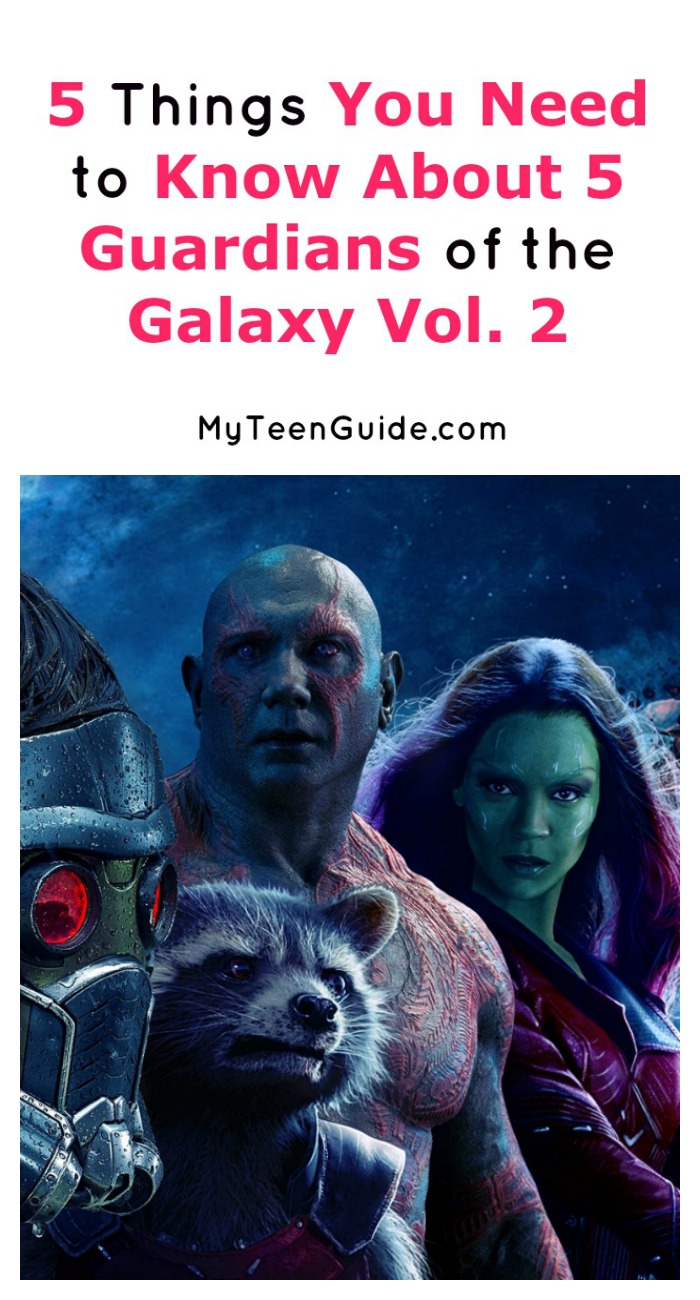 Guardians of the Galaxy Movie Trivia

, the 2016 movie The Belko Experiment and the upcoming 2018 movie Avengers: Infinity War.

Before the role of Ego was cast to actor Kurt Russell, several other talented actors were considered for the role, including Liam Neeson, Viggo Mortensen, Gary Oldman and Christopher Plummer.

Unlike other movies that change movie theater release dates several times, Guardians of the Galaxy Vol. 2 only had one change. It was originally scheduled to be released in theaters on July 28, 2017, then was changed to its current release date of May 5, 2017.

Chris Pratt, who plays the role of Peter Quill, said that filming the movie helped him deal with the death of his father, Daniel Clifton Pratt. In the movie, Peter Quill is trying to find out about his true parentage. In real-life, Chris Pratt lost his father to multiple sclerosis in 2014.

The record holder, though, belong to Kurt Russell, who plays the role of Ego, who has appeared in 8 Disney movies! In 1966, he appeared in Follow Me Boys as Whitey, in 1968 in The Horse in the Gray Flannel Suit as Ronnie Gardner, in 1969 in The Computer Wore Tennis Shoes as Dexter Riley, in 1971 in The Barefoot Executive as Steven Post, in 1972 in Now You See Him, Now You Don’t as Dexter Riley, in 1975 in The Strongest Man in the World as Dexter Riley, in 1981 in The Fox and the Hound as the voice of Adult Cooper and in 2005 in Sky High as Commander Steve Stronghold.

Have you heard any awesome Guardians of the Galaxy Vol 2 movie trivia? Share below!