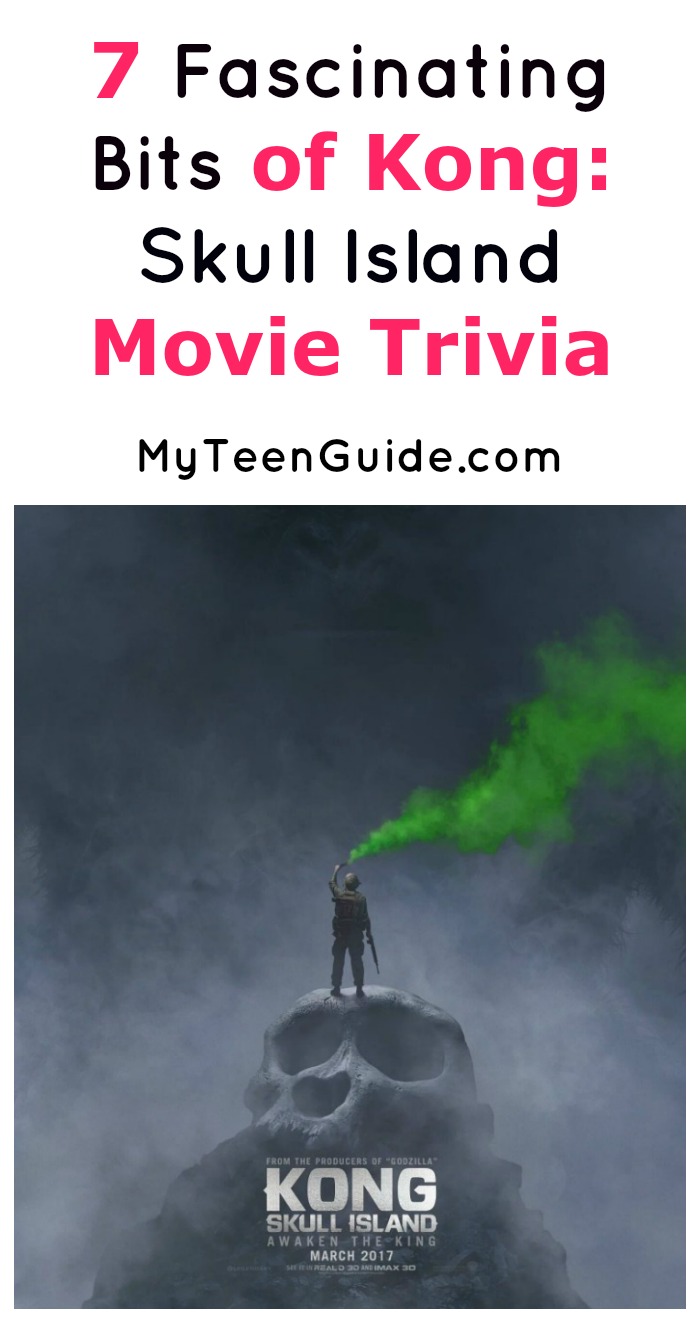 Get ready for some fascinating Kong: Skull Island movie trivia! We’re sharing everything you need to know about this upcoming reboot featuring Hollywood’s largest primate! The monster movie will hit theaters on March 10, 2017. It focuses on a group of soldiers and explorers who travel to an uncharted Pacific Ocean island, known as Skull Island, unaware of what resides on the island. Kong: Skull Island is the 2nd movie in Legendary Entertainment’s MonsterVerse, with the 2014 Godzilla being the 1st. Here is some interesting trivia from the movie Kong: Skull Island.

Repost from @samuelljackson: Get Ready for The King! #kongskullisland #kongisking

The original release date for Kong: Skull Island was supposed to be November 4, 2016. On December 12, 2014, it was changed to the current date of March 10, 2017. Also, the original title of the movie was simply going to be titled Skull Island until it was eventually changed to the current title of Kong: Skull Island. The movie release date was changed so that it would not compete with two other big movies being released that day: Doctor Strange and Trolls.

Jordan Vogt- Roberts is the director of Kong: Skull Island. This will be his first feature film that he directs and his 3rd movie overall. He also directed the 2013 independent movie titled The Kings of Summer and the 2014 stand-up comedy movie titled Nick Offerman: American Ham.

Have you heard any other fascinating Kong: Skull Island movie trivia? Share in the comments!