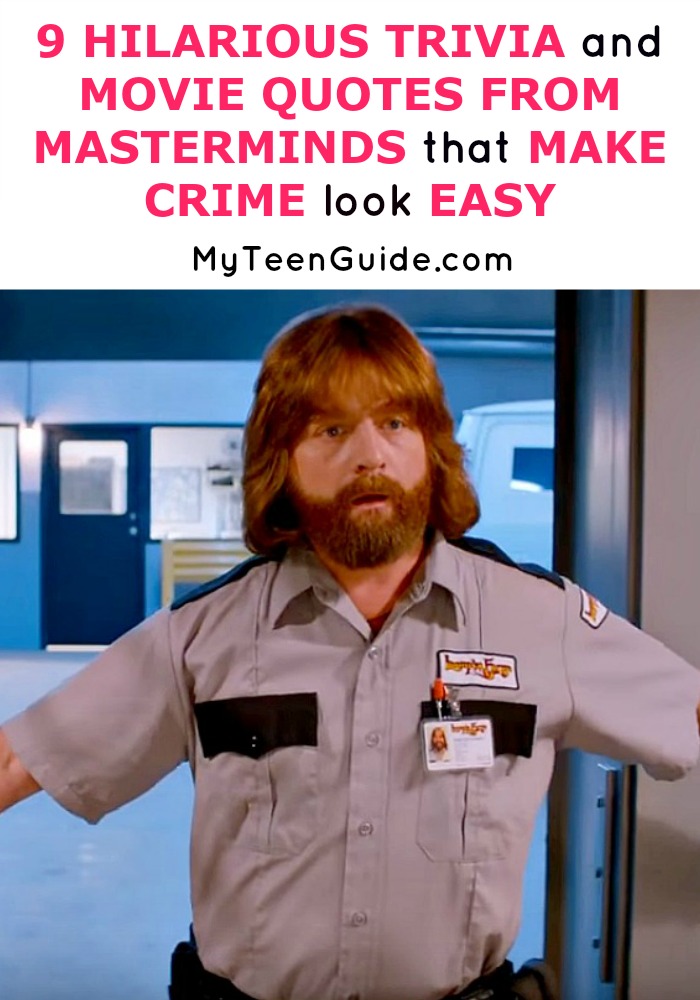 Take a sneak peek at the Masterminds movie quotes and trivia, and you’ll quickly see like I did that this movie looks funny. This film has some great names in comedy, and looks like the laughs are done well! I’m already picturing watching this movie on a Saturday night after a long week, just to laugh with Bae! Check out all the details below, this funny film hits theaters soon!

Masterminds is a comedy heist movie that is set to hit theaters on September 30, 2016. The movie centers around David Ghantt, a night guard who works for an armored car company. He creates a team of strange criminals to help him with a huge bank heist. Masterminds stars Zach Galifianakis, Kristen Wiig (who recently was in Ghostbusters!), Owen Wilson and Jason Sudeikis. Here are some cool trivia and quotes from the movie Masterminds.

Kelly- “What would you do with a million dollars?”

David- “Probably start my own business, maybe be a bounty hunter.”

Steve- “Kelly tells me you all work together over at Loomis. That strikes me as an incredible opportunity.”

David- “You talking about robbing a bank?”

Steve- “How hard can it be? You load up a truck and you drive away.” 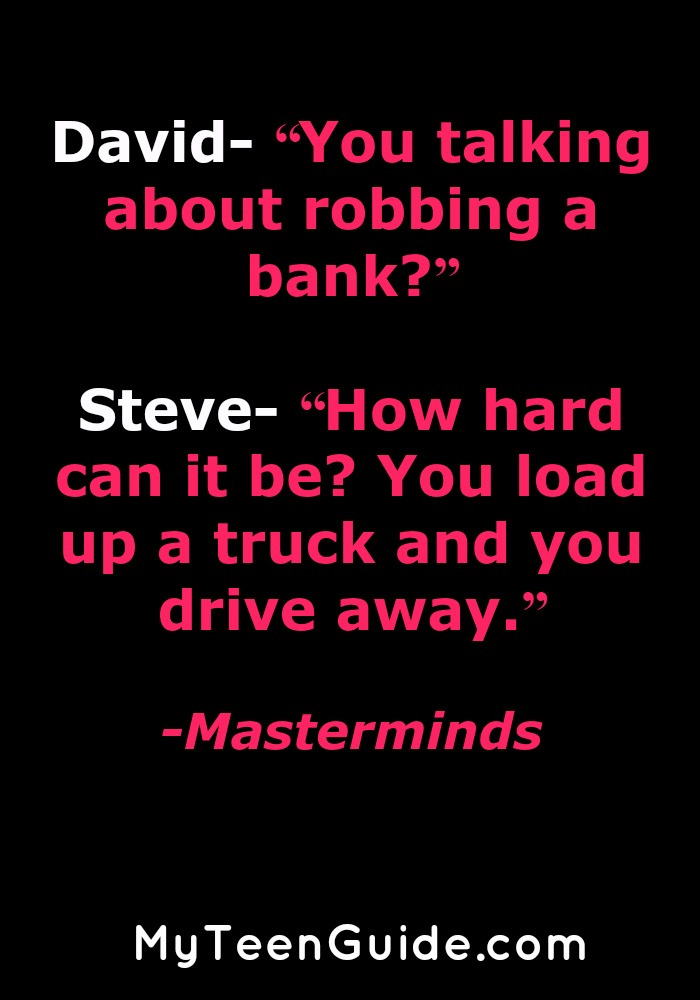 News reporter, showing a photo of David Ghantt on the broadcast:

Reporter- “Police are calling one of the largest cash heists ever. Authorities are searching now for this man.”

Steve- “It’s time to cut David Ghantt from the team.”

So what do you think about all the Masterminds movie quotes, don’t they look hilarious? I can’t wait to see this movie, Kirsten Wiig, Owen Wilson and Zach Galifianakis look like a super funny cast together! I’ll have to remember that bit of trivia about Jim Carey almost acted in this film.

Tell me what you think about this new hilarious movie down in the comments!