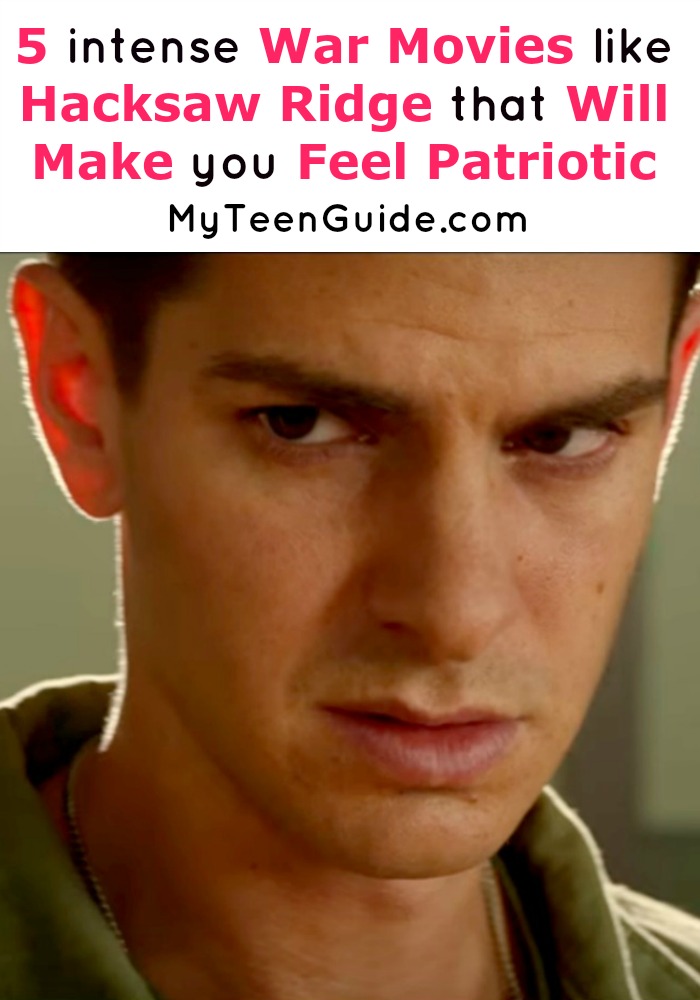 If you would stay behind to heroically rescue your comrades, then these movies like Hacksaw Ridge should be on your watch list. These biographies are true stories of real soldiers who are protecting their country and fighting for what they believe in. Ready to be inspired by these heroic war movies? Check out these movies just like Hacksaw Ridge.

Related; 5 Movies Like The Infiltrator To Watch The Best Badass Criminals

Hacksaw Ridge is an upcoming biographical war movie that is due to hit theaters in Australia on November 3, 2016, and in the United States on November 4, 2016. The movie is about Desmond Doss, a Word War II Medic in the United States Army. He served during the Battle of Okinawa, where he was awarded the Medal of Honor for saving the lives of more than 75 of his comrades. Doss is the first Conscientious Objector to receive this honor, after refusing to kill anyone for any reason. The movie stars Andrew Garfield as Desmond Doss. Here are some other movies like Hacksaw Ridge.

Related: 5 Movies With Real Stories Like Sully To Blow Your Mind

Flags of Our Fathers

Flags of Our Fathers is a 2006 war movie that is based on the 2000 book of the same name by Ron Powers and James Bradley. It tells the story of the Battle of Iwo Jima in 1945 and the story of six servicemen who were credited for raising the flag on Iwo Jima. Flags of Our Fathers stars Adam Beach as Ira Hayes, Jesse Bradford as Rene Gagnon, Barry Pepper as Michael Strank, Benjamin Walker as Harlon Block, Joseph Michael Cross as Franklin Sousley and Ryan Phillippe as John Bradley.

The Water Diviner is a 2014 historical fictional war drama movie that is loosely based on the 2014 book of the same name by Andrew Anastasios and Doctor Meaghan Wilson-Anastasios. The film tells the story of Joshua Connor, a man from Australia who travels to Turkey after the end of World War I, to try and find his three sons, who are presumed dead. The Water Diviner stars Russell Crowe as Joshua Connor.

American Sniper is a 2014 biographical war drama movie that is loosely based on the 2012 memoir titled American Sniper: The Autobiography of the Most Lethal Sniper in U.S. Military History by Chris Kyle. The movie showcases the life of Chris Kyle, a United States Navy Seal, who is credited with saving 160 lives during his four tours in the Iraq War, due to his pinpoint accuracy. American Sniper stars Bradley Cooper as Chris Kyle.

Unbroken is a 2014 biographical war thriller movie that is based on the 2010 book titled Unbroken: A World War II Story of Survival, Resilience and Redemption by Laura Hillenbrand. The movie tells the story of Louis Zamperini, a United States Olympian, who had to survive for 47 days in a raft at sea after his bomber plane crashed. Eventually, he is taken as a prisoner of war by the Japanese Navy. Unbroken stars Jack O’Connell as Louis Zamperini.

So which of these movies like Hacksaw Ridge have you seen? Were you on the edge of your seat the whole movie like I was? Tell me in the comments!