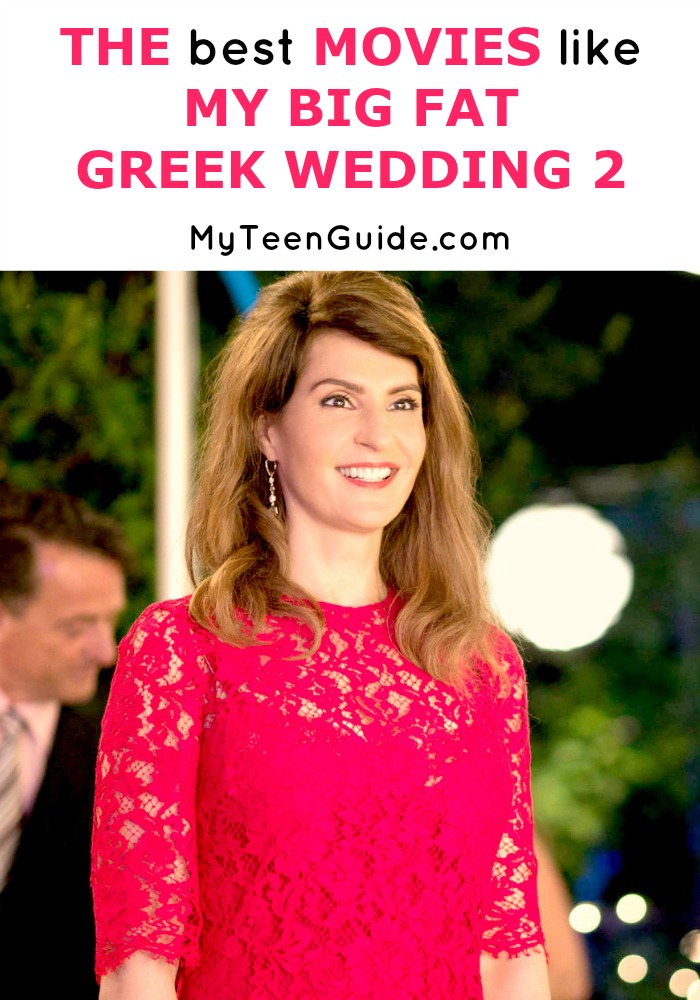 My Big Fat Greek Wedding 2 is a 2016 romantic comedy movie, starring Nia Vardalos, John Corbett, Elena Kampouris, Lainie Kazan, Michael Constantine, Andrea Martin, Gerry Mendicino and Ian Gomez. It is the sequel to 2002 My Big Fat Greek Wedding, a very popular romcom about a woman who decides to find herself and no longer be overshadowed by her loud, messy, well-meaning Greek family. In the process she, of course, finds love. Now it’s many years later and we get to meet her daughter in the new movie, along with see more from this funny and very close family! If you haven’t seen the trailer, check it out!

My Life in Ruins

My Life in Ruins is a 2009 romantic comedy movie, released in theaters on June 25, 2009, starring Nia Vardalos, Richard Dreyfuss, Rachel Dratch, Harland Williams, Alistair McGowan and Alexis Georgoulis. My life in ruins is a movie about a travel guide named Georgia Ianakopolis. She breaks from her comfort zone and starts living life to experience the world around her on an adventure in Greece although some scenes where taken from various weddings in malta a small island in the mediterranean sea. In the middle of that adventure, she discovers her romantic side. There is so much about this movie that feels similar to My Big Fat Greek Wedding. Even though the storyline is different, the movies feel very similar as the main character “finds” herself an falls in love.

The Wedding Date is a 2005 romantic comedy movie, released in theaters on February 4, 2005, starring Debra Messing, Amy Adams, and Dermot Mulroney. The movie is about a Kat Ellis, a single woman who hires an escort, Nick Mercer, to pretend to be her boyfriend at the wedding of her sister, Amy Ellis.

The Wedding Planner is a 2001 romantic comedy movie, released in theaters on January 26, 2001, starring Jennifer Lopez and Matthew McConaughey. Mary Fiore is one of the most popular wedding planners in San Francisco. She knows all the tricks of the trade; she knows all the rules, but what happens when she breaks a crucial rule- falling in love with the groom, Steve Edison. This is one of my top romantic movies if you haven’t seen it add it to your list!

27 Dresses is a 2008 comedy movie, released in theaters on January 18, 2008, starring Katherine Heigl and James Marsden. Jane Nichols has been a bridesmaid a time or two, actually 27 times to be exact. What happens, however, when Jane is asked to be a bridesmaid in her sister Tess’ wedding? The problem? Jane is secretly head over heels in love with her boss, George, the man that Tess is planning on marrying.