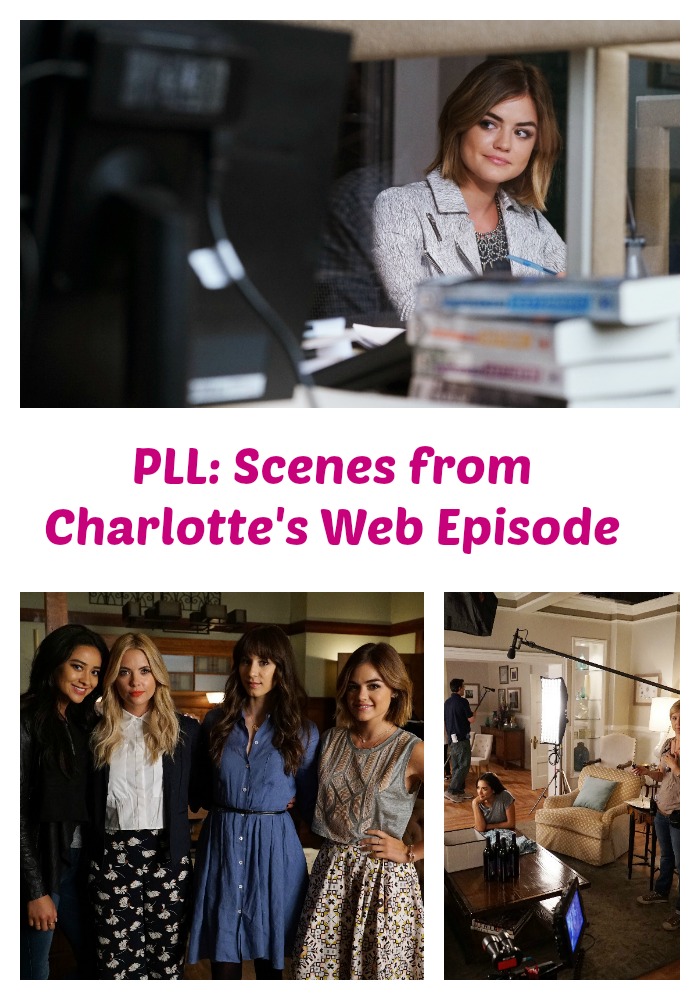 Last night, Pretty Little Liars episode: Charlotte’s Web was very intriguing. Read this recap to get caught on the highlights of this episode.

The episode “Charlotte’s Web” of the hit drama TV series Pretty Little Liars, begins with all the girls except Ali still in their funeral dresses talking about what Hanna told her fiance’ Jordan about Rosewood. Aria then says she has to go back to work in Boston, but the girls seem very suspicious of her sudden need to get away and remind her that they all need to stay and be questioned.

Later on, Hanna watches the hotel’s camera footage and sees Aria leaving and remembers her leaving but not coming back anytime soon after. Ali gets some facts about Charlotte’s death and gets questioned about her friends. Hanna’s fiance’ comes to Rosewood to be with her.

Aria goes to see Ezra to tell him that they did not see each other that night and neither of them left that hotel. Emily is getting injection treatments and decides to stay in Rosewood. Ali decides to throw a dinner party in memory of her sister. Except Aria leaves Rosewood and heads back to Boston.

Aria meets up with her beau Liam, and they talk about what is happening in Rosewood. She ends up coming back and goes to see Ezra. Emily ends up seeing her go to Ezra’s apartment and confronts the girls about what could be going on. Aria questions Ezra about where he went after they saw each other and he tells her he went home, but she doesn’t believe him. Spencer and Caleb continue to flirt and tell everyone about them seeing each other in Europe, where they both were after school had ended.

Hanna, Emily, and Spencer watch the hotel footage of Aria leaving the hotel with Ezra the night Charlotte was killed. They confront Aria in which she explains that neither she or Ezra could sleep, and they decided to go talk and walk around. Aria then tells the girls she thinks Ezra may have done it because he couldn’t look her in the eye and he only does that when he lies.

Emily goes to her father’s grave, and Sarah Harvey shows up. Hanna deletes the footage of Aria leaving the hotel and Detective Lorenzo ask Ali if she thinks her friends could have anything to do with her sister’s death, and she says yes.

The last scene of the Pretty Little Liars episode: Charlotte’s Web shows a man putting flowers on Charlotte’s grave and a chauffeur behind him saying “I’m sorry for your loss, sir.”

In next week’s episode: Panic sets in for the Liars as the investigation turns to The Radley. Stay tuned.

Did you catch up on Pretty Little Liars episode: Charlotte’s Web? Do you have anything to add to the recap?