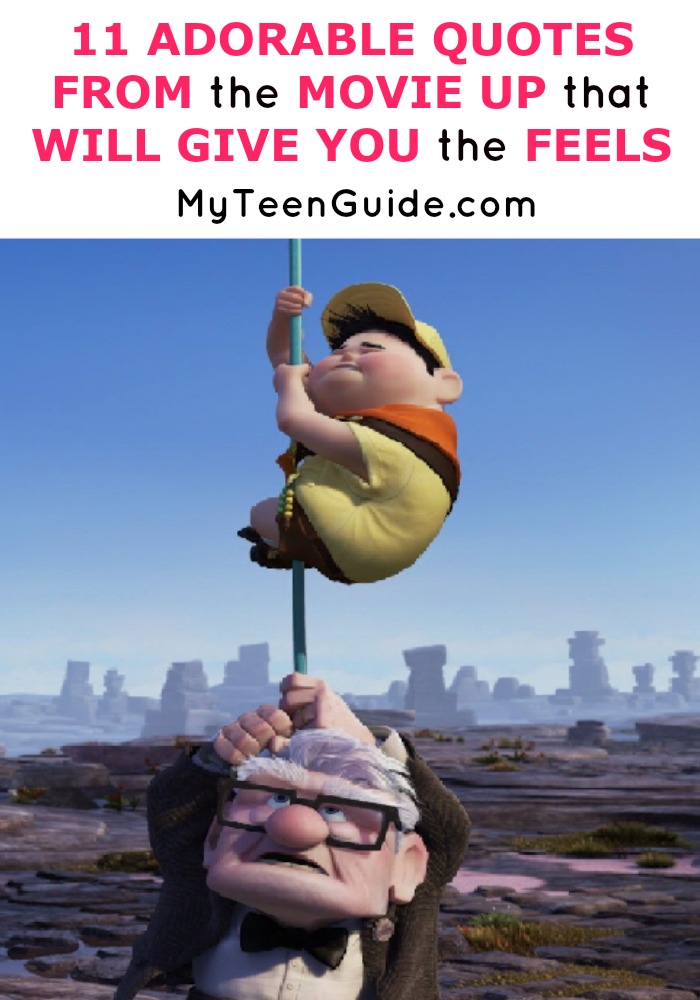 Get ready to have your heartstrings torn at this these adorable quotes from the movie Up. If you haven’t seen this movie, it’s the perfect lazy weekend movie. Don’t be fooled that this your typical cute animated movie. This Pixar movie takes you on a serious adventure that always has me both laughing and crying, sometimes in the same moment. I found myself thinking about all the important people in my life, and after I had to run and give both my mom and Bae a hug. Seriously, I was a wreck i the best possible way. I also think there is a little part of me that was Russel when I was ten or so, you? Check out all the best quotes from the movie Up.

Related: 5 Wickedly Wonderful TV Shows Like Once Upon A Time

Up is a 2009 computer animated film that combines comedy with drama and adventure. It tells the tale of Carl Fredricksen, a widowed old man and his 9-year-old companion, Russell, who set of on a journey to South America, to keep a promise he made to his late wife, Ellie and Russell is tagging along to earn his merit badge. But, this is not just your everyday adventure, since it involves thousands of balloons tied to Carl’s house so they can fly. Here are some great quotes from the movie Up.

Related: 3 Funny Animated Movies Like The Angry Birds You Haven’t Seen Yet

Conversation between Russell and Carl-

Russell- “A wilderness explorer is a friend to all, be a plant or fish or tiny mole!”

Carl- “That doesn’t even rhyme!”

Russell- “Yeah it does.”

Conversation between Carl and Russell-

Carl- “Let’s play a game. It’s called See Who Can Be Quiet the Longest.” 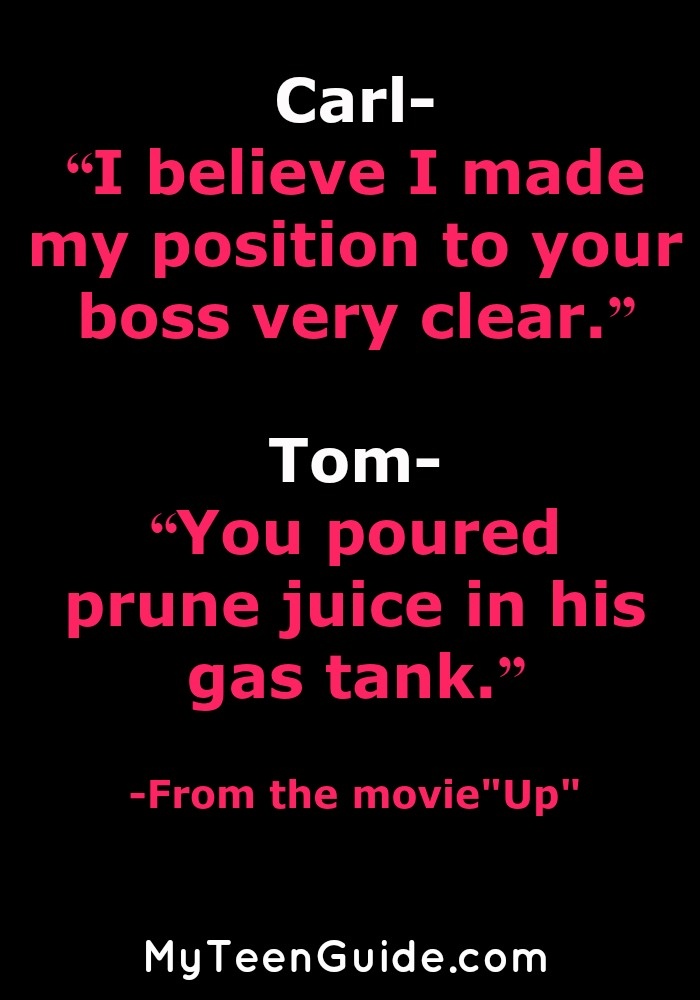 Related: Have An Adventure With Movies Like Alice Through The Looking Glass

Conversation between Carl and Russell-

Carl- “You’d better get up, Russell. Or else, the tigers will come and eat you.”

Russell- “There are no tigers in South America. Zoology.”

Russell- “This was her favorite candy bar. Because you sent her away, there’s more for you.”

Conversation between Carl and Tom, a construction foreman-

Carl- “I believe I made my position to your boss very clear.”

Tom- “You poured prune juice in his gas tank.” 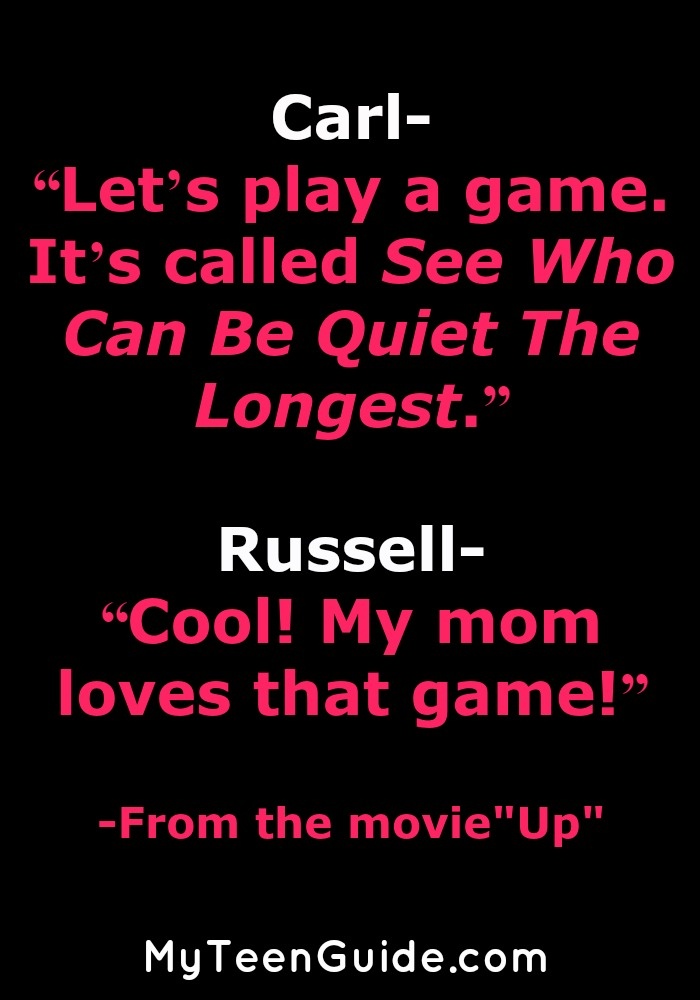 Conversation between Russell and Carl-

Carl- “What are you doing up here kid?”

Russell- “I found the snipe, and I followed it under your porch, but this snipe had a long tail and looked more like a large mouse.”

Conversation between Russell and Carl, while they are walking-

Russell- “My elbow hurts, and I have to go to the bathroom!”

Carl- “I asked you about that five minutes ago.”

Russell- “Well I didn’t have to go then.”

The Internet is a treasure trove of things to learn! Saw this on @piano and immediately took out @daniel_ong_singapore 's old melodian to try it. The theme song from the movie "up" – reminded of how i was moved to tears the first 5 mins of the movie as this music accompanied the touching love story of Ellie and Carl. Love that movie!! 😍😍 #jmecover #movieup #themesong #tgif #love

Carl- “Russell, for assisting the elderly and for performing above and beyond the call of duty, I would like to award you with the highest honor I can bestow- The Ellie Badge.”

Russell, talking about his thoughts on life-

Russell- “That might sound boring, but I think the boring stuff is the stuff I remember the most.”

I so feel the boring stuff too; it’s where friendships are made! Which of these quotes from the movie Up spoke to you? Tell me in the comments!