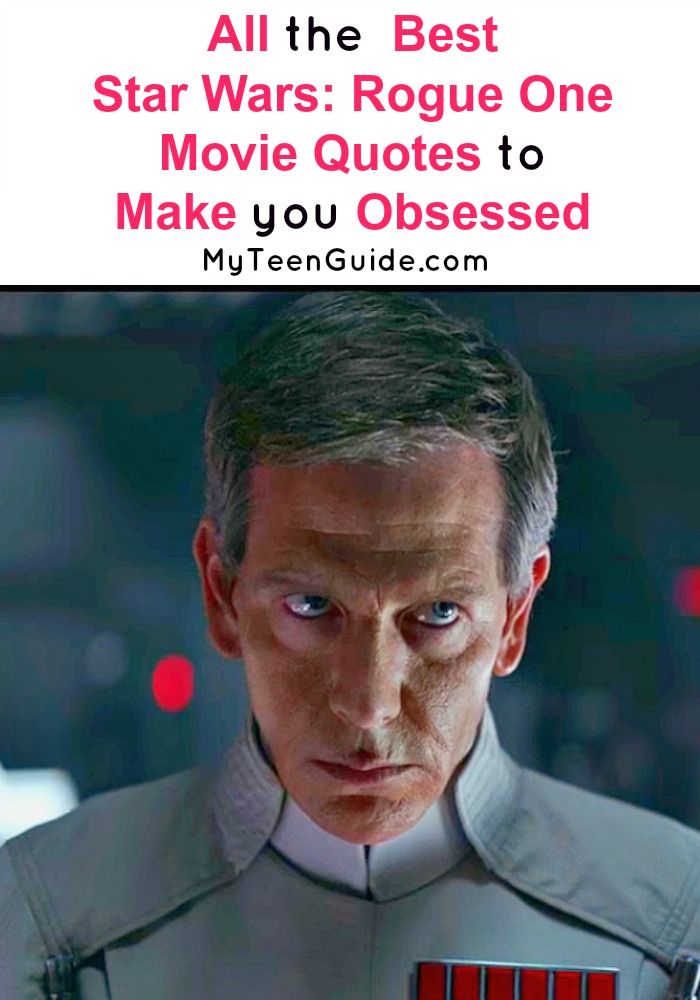 Related –> 5 Movies Like Rogue One: A Star Wars Story To Be Extremely Excited About

Related –> 5 Solo: A Star Wars Story Quotes that Will Make You Even More Excited for It

All The  Best Star Wars: Rogue One Movie Quotes To Make You Obsessed

Rogue One: A Star Wars Story is an upcoming epic space sci-fi movie that is set to hit theaters on December 16, 2016. It takes place after the events of Star Wars: Episode III- Revenge of the Sith and before the events of Star Wars: Episode IV- A New Hope. This movie is about a team of rebel spies who plan to steal the plans for the Death Star, the new weapon for the Galactic Empire. Here are some great trivia and quotes from Rogue One: A Star Wars Story.

Don’t miss the new Rogue One: A Star Wars Story Featurette and the TV SPOT!

Mon- “Our rebellion is all that remains to push back the Empire. Do you think you might be able to help us?”

General- “State your name for the record.”

Mon- “On your own from the age of fifteen. Reckless, aggressive, and undisciplined.”

Conversation between K-2SO and Jyn Erso:

K-2SO- “The captain says you are a friend. I will not kill you.”

Chirrut– “Take hold of this moment. The force is strong.”

So what do you think of the newest Rogue one movie quotes and trivia, are you as excited as I am? I can’t wait to see what’s next for the Star Wars universe! Tell me what you think in the comments!