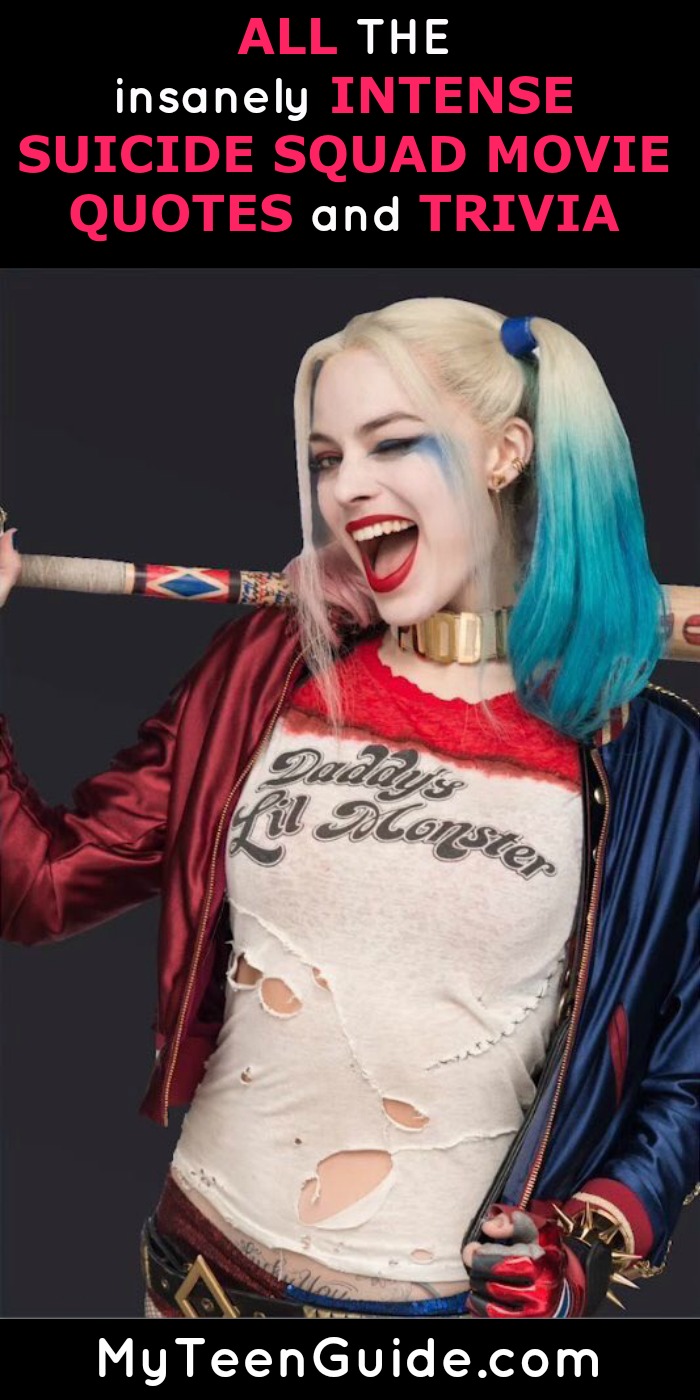 I’ve put together all the best Suicide Squad movie quotes and trivia to check out whether you’ve seen the film, or are considering adding it to your watch-list.  After recently watching Deadpool, I was in the mood for another twisted superhero movie, and this one was awesome! It’s like they took the Fantastic Four and armed them, made them more dangerous and a touch crazy.  These have got to be the best yet worst superheroes ever! Check out all the details and see all the famous movie quotes below!

All The Insanely Intense Suicide Squad Movie Quotes And Trivia

Suicide Squad is a 2016 superhero movie that is based on the Suicide Squad from the DC Comics Universe. It is the 3rd film installment in the DC Extended Universe franchise, with the other two being the 2013 Man of Steel and the 2016 Batman vs. Superman: Dawn of Justice. Keep going for some famous quotes from the Suicide Squad movie after checking out the trailer!

Harley- “Are you the Devil?”

Amanda- “All you need to know is, you work for me.”

Harley- “Love your perfume. What is that, Stench of Death?”

Conversation between Admiral Burns and Amanda Waller, talking about The Squad:

Admiral Burns- “What makes you think you can control them?”

Amanda Waller- “Because getting people to act against their own self-interest is what I do for a living.”

White House Representative, talking with government officials about the advantages and disadvantages of having superheroes:

White House Representative- “Gentlemen, ladies, what if Superman had decided to fly down, rip off the roof of the White House, grabbed the president right out of the oval office. Who would have stopped him?”

Conversation between Rick Flag and Harley Quinn, after Harley breaks a store window:

Rick- “Seriously, what the hell is wrong with you people?” 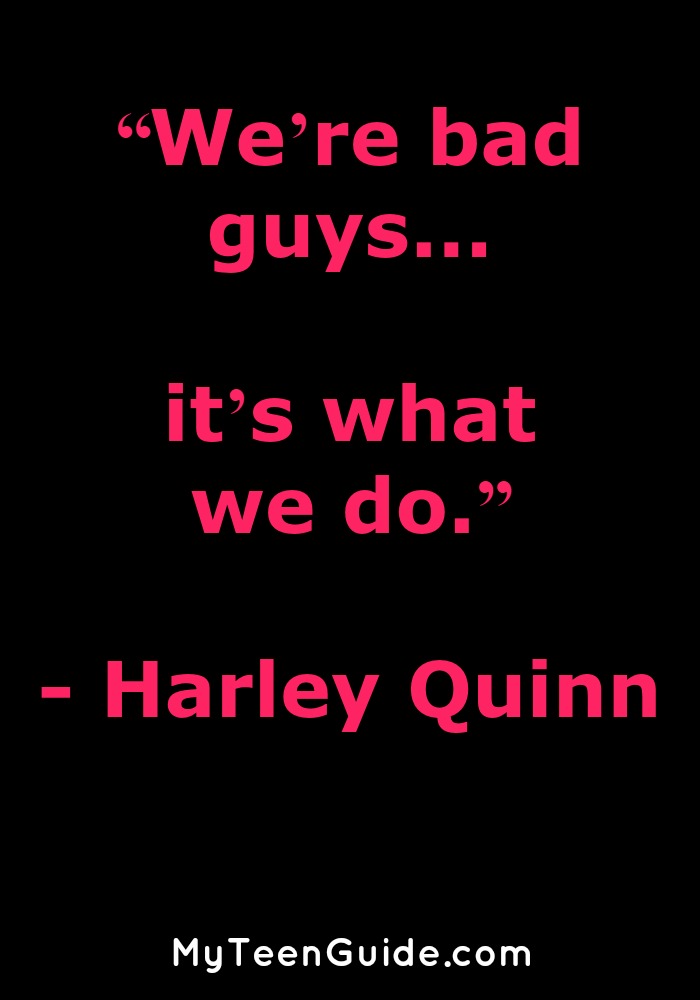 So which was your favorite of these quotes from the Suicide Squad movie? Did you read any new trivia you didn’t know? Tell me what you think in the comments!