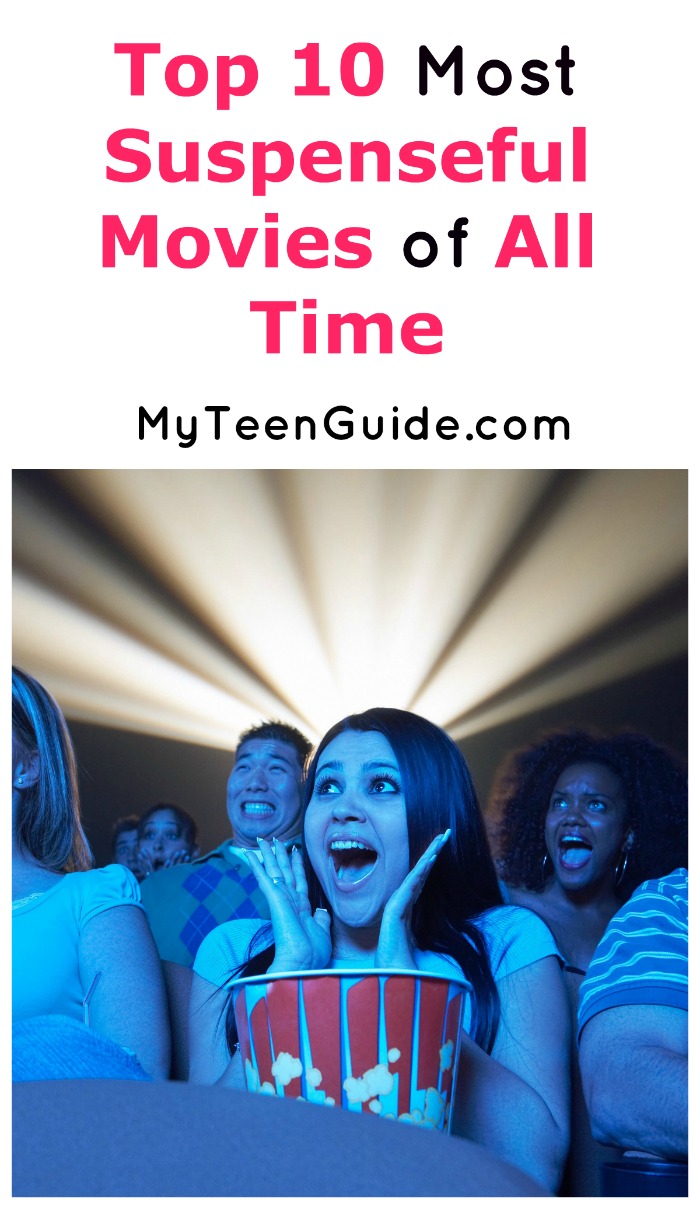 I absolutely love suspenseful movies. These are the types of movies that leave you on the edge of your seat. The types that keep you guessing all the way until the very end. They make you bite your nails, cover your eyes and grab your boyfriend’s hand tight! Of course, some thrillers are far more heart-stopping than others. I’ve made a list of what I think are the top 10 most suspenseful movies of all time, and why they’re so freaky!

Top 10 Suspenseful Movies of All Time

The Silence of the Lambs

The Silence of the Lambs is a 1991 psychological thriller movie that is adapted from the 1988 book of the same name by Thomas Harris. The movie stars Anthony Hopkins as Doctor Hannibal Lecter and Jodie Foster as Clarice Starling. This one was terrifying because Hannibal Lector really got into your head.

Psycho is a 1960 psychological horror thriller movie that is based on the 1959 book of the same name by Robert Bloch. The movie stars Anthony Perkins as Norman Bates and Janet Leigh as Marion Crane. Psycho ranks as one of the top 10 most suspenseful movies of all time because it taught us that we’re not even safe in the shower! Want to see where it all began for Norman? Check out shows like Bates Motel! If you’re not a fan of black and white films, there’s an updated version of Psycho starring Vince Vaughn.

The Shining is a 1980 psychological horror movie that is based on the 1977 book of the same name by Stephen King. The movie stars Jack Nicholson as Jack Torrance. The Shining taught us that even an average guy can go completely bonkers with too much isolation.

The Sixth Sense is a 1999 supernatural horror thriller movie that stars Bruce Willis as Doctor Malcolm Crowe and Haley Joel Osment as Cole Sear. The Sixth Sense has one of the most stunning plot twists I have ever seen in a movie. Plus, when Cole whispers “I see dead people,” I think just about everyone lost it!

Cape Fear is a 1991 psychological thriller movie that is a remake of the 1962 movie of the same name. The movie stars Robert De Niro as Max Cady, Nick Nolte as Sam Bowden, Jessica Lange as Leigh Bowden and Juliette Lewis as Danielle Bowden. Cape Fear features a psychopath, a dysfunctional family and a sense of danger that will keep you on the edge of your seat.

Seven is a 1995 mystery neo-noir psychological thriller movie that stars Brad Pitt as Detective David Mills and Morgan Freeman as Detective William Somerset. After you watch Seven, the phrase What’s in the Box will never be the same again. Seriously, this movie messed me up in so many ways!

Memento is a 2000 neo-noir psychological thriller movie that stars Guy Pearce as Leonard. Memento will keep you in suspense with its backward narrative.

Argo is a 2012 biographical historical drama movie that is adapted from the 2000 book titled The Master of Disguise: My Secret Life in the CIA by Anthony Mendez. The movie stars Ben Affleck as Tony Mendez. You want to be on the edge of your seat for an entire movie, watch Argo.

No Country for Old Men

No Country for Old Men is a 2007 neo-Western thriller movie that is based on the 2005 book of the same name by Cormac McCarthy. The movie stars Tommy Lee Jones as Sheriff Ed Tom Bell, Josh Brolin as Llewelyn Moss and Javier Bardem as Anton Chigurh. The plot for No Country for Old Men is simple but between the bleak themes and tense atmosphere, it is definitely suspenseful.

Have you seen any of these most suspenseful movies of all time? What else would you add to the list? Share in the comments!