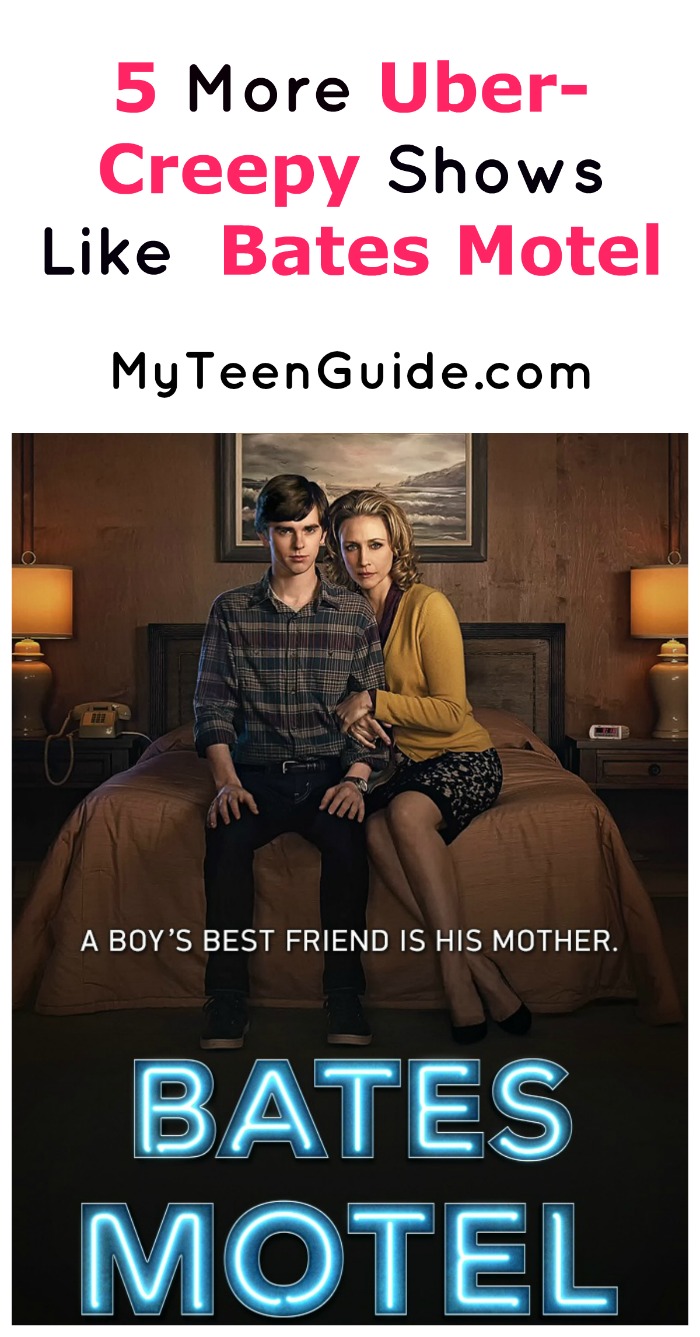 Got a thing for shows that give you a ton  of backstory on some super creepy killers? You need to check out these other TV shows like Bates Motel.  The final season is approaching fast. It will be here before you know it, rumor has it sometime in March 2017. If you’ve already watched the previous four seasons and you’re searching for something to fill the void, consider the following options. Norman isn’t the only murderer in town!

Dexter, starring Michael C. Hall, had a successful eight-season run on Showtime. Dexter Morgan is a lot of things. He’s a skilled forensics expert, an attentive boyfriend, and a loyal brother. What’s wrong with this picture? He’s also a vigilante serial killer.

Morgan works for the Miami Metro Police Department as a blood spatter analyst technician. When his day job is over, he hunts down murderers who have slipped through the cracks Murderers who also happen to have no chance of surviving Dexter.

Hannibal showcases the relationship between an FBI profiler, a Minnesota-based serial killer, and psychiatrist Dr. Hannibal Lecter. Meet Will Graham. He’s a profiler who visualizes himself killing people, as a means to help him solve cases. But, this takes a toll on his well-being. That’s where Dr. Lecter comes in.

The good psychiatrist, who secretly happens to be a serial killer himself, tries his best to manipulate the FBI and turn Graham into a serial murderer in the process.

Kevin Bacon and James Purefoy star in this series. The Following tells the story of a former FBI agent (Bacon) who’s trying to recapture an escaped serial killer (Purefoy). The series ran from January 2013 until May 2015. A total of 45 episodes are available.

Agent Ryan Hardy faces an even bigger problem than catching Joe Carroll. It seems that Joe heads a cult of killers, which he recruited inside prison walls. Much of the world believes that Carroll is dead. But, certain cult members know otherwise and do their best to lure him out of hiding.

Hemlock Grove premiered in April 2013 on Netflix, with all 13 episodes available immediately. There are strange things going on in this fictional town Pennsylvanian town. You’ll be introduced to both the wealthy Godfrey family and the not-so-wealthy Rumancek family. A rash of recent and brutal murders bring the two families together, in an effort to find out who’s responsible. Werewolves and vampires and monsters, oh my! There are 33 episodes in the triple season series.

A rash of recent and brutal murders bring the two families together, in an effort to find out who’s responsible. Werewolves and vampires and monsters, oh my! There are 33 episodes in the triple season series.

American Horror Story has been a fan favorite since 2011. Each season features a new and separate theme. Think of it as a self-contained miniseries of sorts. Season one revolves around a family who moves into a haunted house. Season two follows the lives of the patients and staff in an insane asylum. Season three involves a coven of witches. The fourth season centers around a 1950s freak show. The fifth season takes place in a supernatural hotel. Season six is still somewhat of a mystery, slated to premiere sometime in 2017.

The fourth season centers around a 1950s freak show. The fifth season takes place in a supernatural hotel. Season six is still somewhat of a mystery, slated to premiere sometime in 2017.

As you can see, there’s so much more to the world of serial killers than Norman Bates. If you’re looking for murder and mayhem, these five shows definitely have you covered. So, why not pop some popcorn, turn out the lights and let the horror began? Oh, one more thing, don’t forget to lock your doors!