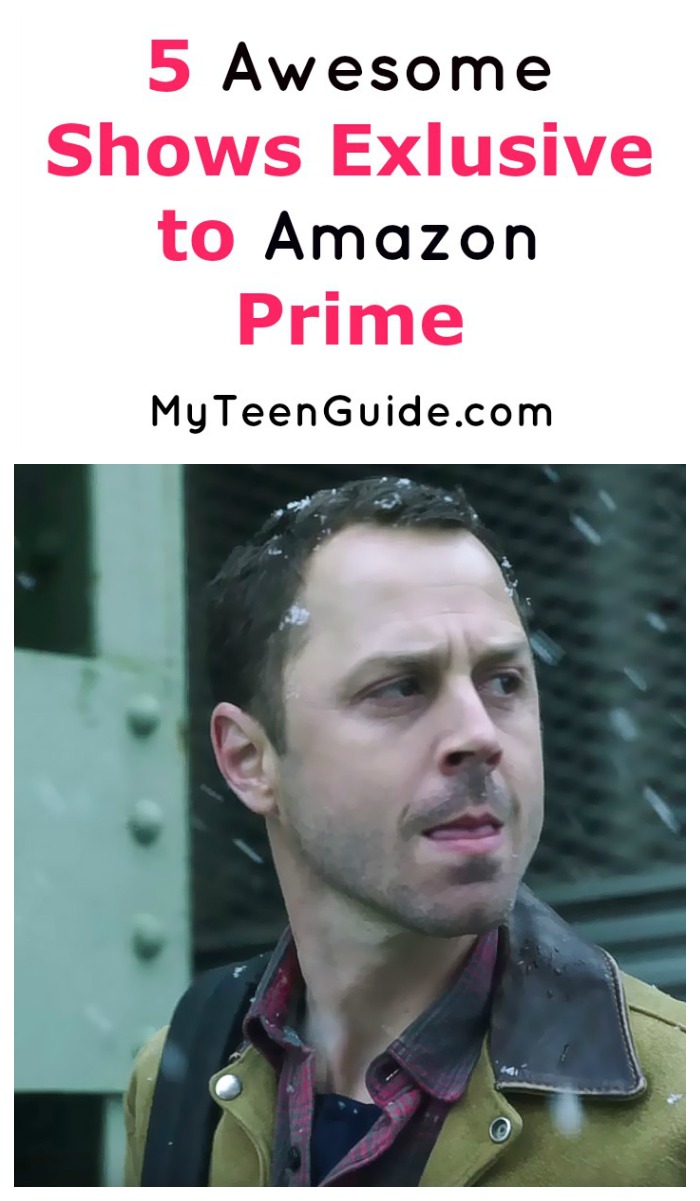 Looking for TV shows on Amazon Prime that aren’t on Netflix or Hulu? Like the other streaming services, Amazon has a bunch of their own “originals” that you won’t find anywhere else. In my opinion, it’s these shows that really help you get the most out of your subscription. If you look at the movie selections between Amazon and Netflix, chances are you’ll find a ton of duplicates. I honestly can’t think of a time when I went in search of a movie on Netflix, didn’t find it, then found it on Amazon or vice-versa. Shows, on the other hand, are a totally different story. Keep reading for a few great shows on Amazon Prime that you won’t find anywhere else.

TV Shows on Amazon Prime But Not on Netflix

. Aside from the 2-Day shipping that it’s so famous for, you’ll find a ton of other great benefits, including of course, these TV shows on Amazon Prime that aren’t on Netflix or Hulu. Let’s check them out!

Sneaky Pete is a crime drama television series that premiered on August 7, 2015. The series centers around Marius Josipovic, a con man, recently released from prison and on the run from Vince Lonigan, a ruthless gangster. In order to take cover, Marius assumes the identity of Pete Murphy, his former cell mate. Sneaky Pete stars Giovanni Ribisi as Marius, Bryan Cranston as Vince and Ethan Embry as Pete.

The Man in the High Castle

Watch The Man in the High Castle on Amazon

On Amazon Prime, you can watch seasons 1 and 2 of Bosch. Bosch is a police procedural television series that is based on the series of books by Michael Connelly. The series cents on Harry Bosch, a detective with the Los Angeles Police Department, who is on the case of the murder of a young boy that occurred over 25 years ago. Bosch stars Titus Welliver as Harry.

Transparent is a comedy-drama television series that premiered on February 6, 2014. The series focuses on the Morton Pfefferman and his family. Morton, now called Maura, has come out to his family as transgender. Transparent stars Jeffrey Tambor as Morton/Maura. On Amazon Prime, you can watch seasons 1-3 of Transparent.

Mozart in the Jungle

Watch Mozart in the Jungle Now

These are just a few of the many TV shows on Amazon that aren’t on Netflix or Hulu. You’ll also find a few network shows that are exclusive to Amazon (exclusive meaning you won’t find them on Netflix or Hulu; most of them do re-air On Demand or on the network’s own streaming service). A few examples include Under the Dome, Veronica Mars, and Downton Abbey.

Do you have any favorite TV shows on Amazon Prime that we won’t find on Netflix or Hulu? Share in the comments!