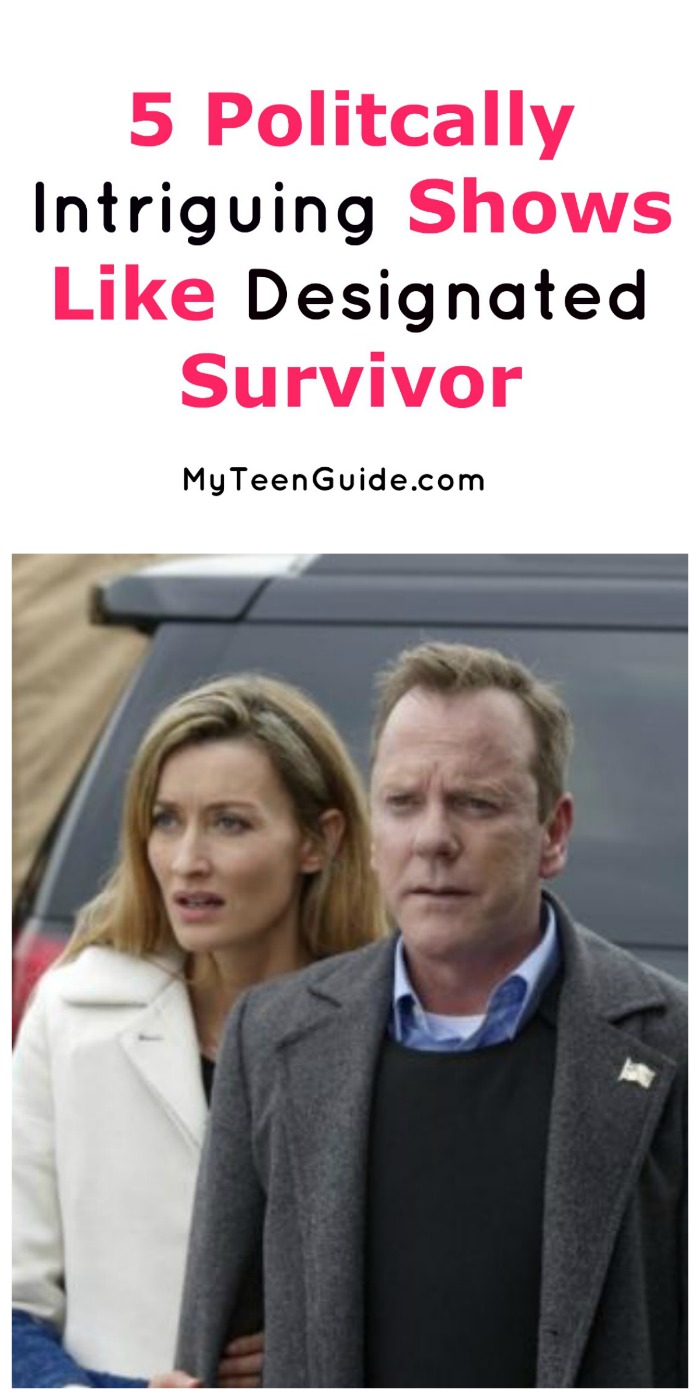 Love the political intrigue and action in shows like Designated Survivor? Check out five more TV shows to watch during your next weekend binge session! Designated Survivor is a political drama television series that debuted on September 21, 2016 on ABC. The series focuses on Thomas Kirkman, the Secretary of Housing and Urban Development and designated survivor. Kirkman is appointed President of the United States after an explosion at the Capitol building kills the President, his cabinet and pretty much every member of Congress. The show stars Kiefer Sutherland of 24 fame as Thomas Kirkman. Here are some other awesome TV shows like Designated Survivor.

Scandal is a political thriller television series that has been airing on ABC for 5 seasons, premiering on April 5, 2012. It is partially based on Judy Smith, the administration press aide to former president George H.W. Bush. The series focuses on Olivia Pope, a former White House Director of Communications, who now runs Olivia Pope & Associates, a crisis-management firm. Scandal stars Kerry Washington as Olivia Pope. This is probably one of my all-time favorite shows like Designated Survivor!

House of Cards is a political drama web television series that has been airing on Netflix for 4 seasons, premiering on February 1, 2013. It is based on both the 1989 book of the same name by Michael Dobbs and the BBC television series of the same name, which aired from November 18, 1990 to December 9, 1990. The series centers on Frank Underwood, former 5th Congressional District of South Carolina, former Vice President of the United States and current President of the United States. House of Cards stars Kevin Spacey as Frank Underwood.

Homeland is a political thriller television series that has been airing on Showtime for 5 seasons, premiering on October 2, 2011. The series focuses on Carrie Mathison, a Central Intelligence Officer, who has been diagnosed with bipolar disorder and Nicholas Brody, a United States Marine Corps Scout Sniper. Homeland stars Claire Danes as Carrie Mathison and Damian Lewis as Nicholas Brody.

If you’re looking for a political show that isn’t quite so serious, Veep is a good choice. Veep is a political comedy television series that has been airing on HBO for 5 seasons, premiering on April 22, 2012. The series showcases the life of Selina Meyer, former Vice President of the United States and current President of the United States. Veep stars Julia Louis- Dreyfus as Selina Meyer.