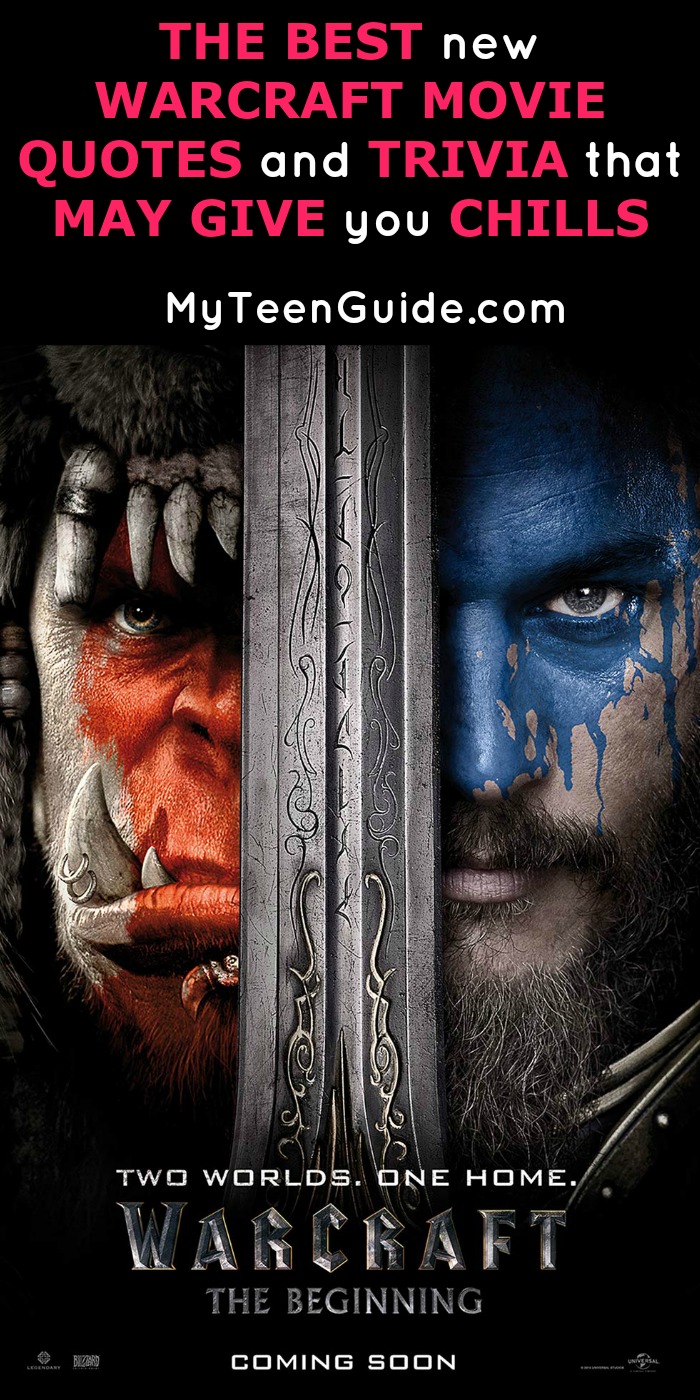 It doesn’t matter if you play the game or not, these epic Warcraft Movie quotes and fun Warcraft movie trivia is getting me pumped up for this movie! I have to admit; I’m not a huge gamer, but my friends who are have been talking about this movie for what feels like forever! Now that I see the movie trailer and a few of these pictures are freak’in amazing, yeah I want to go see this new intense movie! This fantasy movie is on my list of movies to watch! I’ve gathered a sneak peak at the Warcraft Movie quotes and the Warcraft movie trivia we know so far. Check out all the details below!

Warcraft is an epic fantasy movie that is set to be released in theaters on June 10, 2016. The movie is based on the video games of the same name by Blizzard Entertainment. The Warcraft movie takes place in the world of Azeroth, a planet that features four continents. Here are some trivia and quotes from the Warcraft movie, along with a sneak peek at the trailer!

Durotan- “It has begun; our world is on the edge of war. It’s death to all things.”

Anduin- “So why are you here?”

Durotan- “To save our people.”

Anduin- “You’ll have me to protect you.”

Garona- “I need no one to protect me.”

Conversation between Orgrim Doomhammer and Durotan:

Orgrim- “For orcs there is no other life but war.”

Durotan- “No. But with the humans help there could be.”

Conversation between Durotan and Draka:

Durotan- “Our world is dying. There is nothing to go back to. If our people are to survive, we must make a home here.”