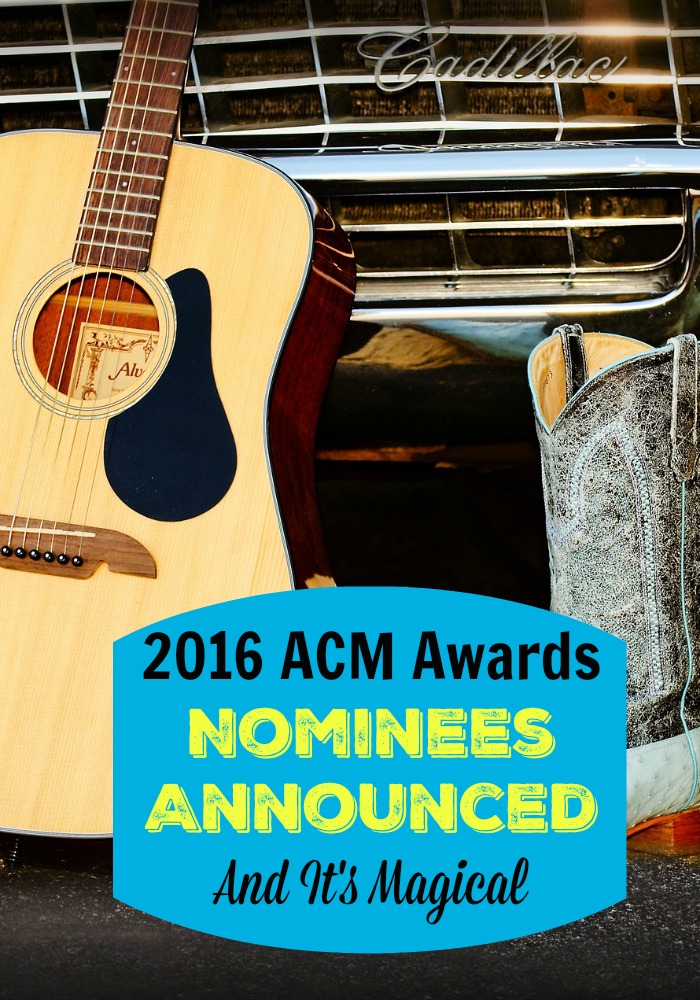 It’s time to give country music it’s time to shine with the announcement of the 2016 ACM Awards nominees! While I don’t claim to be an expert in all things country, I find myself losing myself in some country tunes often enough. There is something about country music that can lift you up when you are sad, pump you up for a camping trip, or just works when you hit the open road with the windows down. So now for the 2016 ACM Awards, it’s time to pay tribute to all of the best country artists who pull themselves up by their bootstraps and help us all roll with life a little easier.

Full Details For The 2016 ACM Awards

The 51st Annual ACM Awards will be held on April 3, 2016. It will be a live show from the MGM Grand Garden Arena in Las Vegas, Nevada. The nominations for the show were announced on February 1, 2016. The hosts of the award show are Luke Bryan and Dierks Bentley.

This year, Eric Church and Chris Stapleton both have the most nominations with five each, and could be set up for a big night of wins. I noticed Blake Shelton was completely snubbed this year, what happened? This could also be a big year for Cam, who pulled out a smoldering single this year. The nominations for Song of the Year and Songwriter of the Year will be announced at a later date though they haven’t said exactly when just yet.

Here are the nominees for the 2016 ACM Awards with my included commentary here and there on some of my fav artists. Please agree or disagree with me in the comments at the end, I have no crystal ball, so any comments are my predictions and thoughts. 🙂

Entertainer of the Year

This is Luke’s year to win it. You can shake your head at me all you want, and I know he is up against some great talent. It’s Luke, or I’m turning off the TV! (Ok maybe not, but I really think he should take it!) His songs are honest, straightforward and show a boyish charm that is irresistible.

Female Vocalist of the Year

New Male Vocalist of the Year

New Female Vocalist of the Year

Cam had a real breakthrough this year. Her hit Burning House was a really big hit, and likely could push her into the spotlight to win this catagory.

I think this category very likely is putting Chris Stapleton and Sam Hunt up against each other. A lot of people have trouble getting behind Sam Hunt feeling his sound is more pop then country. Since these are the 2016 CMA awards, likely the country feel will factor into the decision but I like his sound. Check it out for yourself, the whole album is hot but “Break Up In A Small Town” is pretty awesome. Chris Stapleton did walk away from the CMA’s with a lot of awards and at the time felt almost unknown. Now that he’s on the radar, it’s a tougher fight!

Vocal Group of the Year

Oh, Little Big Town, Rascall Flatts and the Zac Brown Band are all up? Please don’t make me choose! Who do you think?

I’m rooting for Maddie & Tae! I know they are not as big as some of the other competition, but they’re coming into their own this year. THIS is what dreams are made of:

New Vocal Duo or Group of the Year

Single Record of the Year

Video of the Year

Vocal Event of the Year

So what do you think about the 2016 ACM Awards nominees and who are going to be the biggest winners this year? Tell me in the comments!