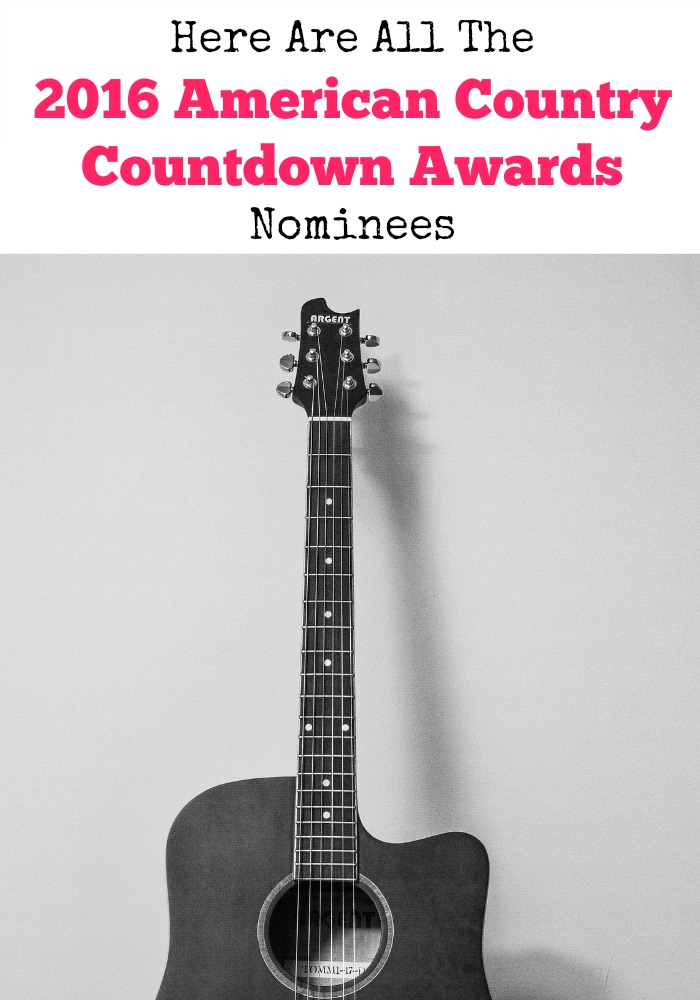 The top country music stars are out in full force as the 2016 American Country Countdown Awards Nominees are announced. There have been some super big strides in country music taken this year. At the American Country Music Awards this year we saw a couple new and big names taking the industry by storm. Will the country favorites take the stage or will we see some new names shine in the list of 2016 American Country Countdown Awards nominees list? Take a look at the full list and also some of the details of this year’s awards!

The show will air live on May 1, 2016, in Los Angeles at The Forum. The awards are based on the American Country Countdown with Kix Brooks. This radio show is history’s longest-running country music countdown show on the radio. The goal of the Countdown Awards is to showcase the best artists in the world of country music today, based on radio airplay and album sales. Performers set to perform at the show include Luke Bryan, Carrie Underwood, Thomas Rhett, Florida Georgia Line, Cole Swindell, Kelsea Ballerini, San Hunt, Dan & Shay, Cam and Martina McBride. Here are the nominees for the 2016 American Country Countdown Awards, along with my personal recommendations.

Artists of the Year
Blake Shelton
Florida Georgia Line- These are my boys! Some of my family might say I am a bit obsessed with them. Hey, just because I know every word to every one of their songs, doesn’t mean I am obsessed does it?
Jason Aldean
Luke Bryan
Sam Hunt

Male Vocalist of the Year
Blake Shelton
Jason Aldean- Ouch, putting Shelton, Aldean and Bryan in the same category is a tough choice for anyone. I have to side with Jason Aldean on this one. With his songs Tonight Looks Good in You and Lights Come On, it doesn’t get better than Aldean.
Luke Bryan
Sam Hunt
Thomas Rhett

Breakthrough Male of the Year
Chris Janson
Michael Ray
Sam Hunt- From the first time I heard his voice, I fell in love. Take Your Time, House Party and Break Up in a Small Town are all amazing songs.

Breakthrough Album of the Year
“Untamed”- Cam
“Thirty-One”- Jana Kramer- I love the song I Got the Boy from this album.
“The First Time”- Kelsea Ballerini

Breakthrough Group/Duo of the Year
A Thousand Horses
Dan & Shay- Honestly, I am not a big fan of any of these nominees, but if I had to choose, I would go with Dan & Shay.
Old Dominion

Song of the Year
“Stay A Little Longer” – Brothers Osborne
“Home Alone Tonight” – Luke Bryan featuring Karen Fairchild
“Strip It Down” – Luke Bryan- I love this song. It is so sensual, romantic and emotional. And of course Luke Bryan sings it, so it’s got to be great.
“Die A Happy Man” – Thomas Rhett
“Homegrown” – Zac Brown Band

Digital Song of the Year
“Girl Crush” – Little Big Town- One of my favorite country songs. It is such a smoky, flowing song with sweet lyrics.
“Kick The Dust Up” – Luke Bryan
“Die A Happy Man” – Thomas Rhett

Digital Album of the Year
“Anything Goes” – Florida Georgia Line- Yes, my boys are nominated yet again! I’m so excited! So, which are my favorite songs? Well, all of them! Seriously, though, Sun Daze, Dirt, Confession and Every Night are my favorites.
“Montevallo” – Sam Hunt
“Tangled Up” – Thomas Rhett

Touring Artist of the Year
Garth Brooks
Kenny Chesney
Luke Bryan
Shania Twain- While all these nominees are amazing, Shania Twain and her Rock This Country Tour were simply the best.
Zac Brown Band

Who are you eyeing for a win on the American Country Countdown Awards nominees list? Tell me in the comments!