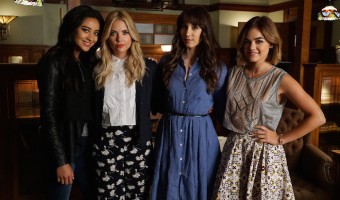 I am always looking for more TV shows like Riverdale and Pretty Little Liars once I finish a good binge session. Both of these shows just suck me right in, and before I know I’ve watched the entire series in less than a few weeks! Then, of course, I go through withdrawals! Rather than start […] 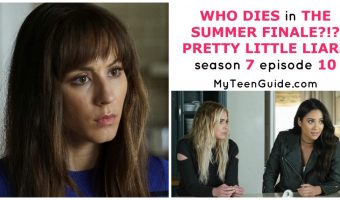 Tonight is the mid-season finale of Pretty Little Liars season 7 episode 10, titled The Darkest Knight. All the internet is a buzz about this summer finale. (thank goodness we still have ten more episodes in early 2017 before the big finale, am I right?) Ybou know something major is going to happen after last […]

Ok Liars, this week we are crushing the Pretty little Liars Season 7 episode 9 and episode 8 recap into one giant super recap. You know you needed a refresher because not only was episode 9 lit, and the summer finale is getting juicy. Episode 8 kept a few things moving and gave me an […]

Are you ready for another juicy recap of Pretty Little Liars? Well, it seems that this season 7 is all about familiar faces coming back into town and episode 7 (titled Original G ‘A’ Ngsters) was no exception. So, who has returned to Rosewood this time? None other than Jason DiLaurentis. He isn’t the only […] 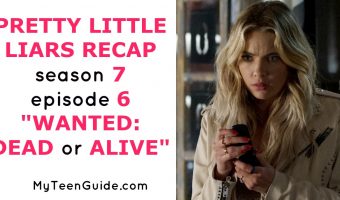 Someone dies, someone broke up, and  someone got engaged on this week’s Pretty Little Liars Season 7 Episode 6 recap! Tonight’s episode is titled Wanted: Dead or Alive and was action packed with answers from last week’s episode five! In the end, it left me with more questions AHHH, how do they do that every time? […]

So Liars, we are back again for the recap of this week’s Pretty Little Liars Season 7 Episode 5: Along Comes Mary. There are lots of twists and turns being discovered this week including why is Alison so frantic, a surprise proposal, plus where does Mary Drake fit into this picture? Is that more PLL […] 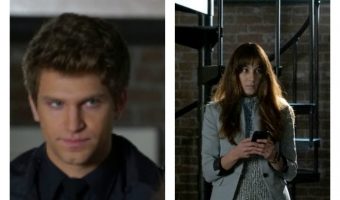 So, we are already in season 7 of Pretty Little Liars, episode 4 (titled: Hit and Run, Run, Run). Before starting my recap, I will catch you all up on the first 3 episodes of PLL! So, episode 1 was titled Tick-Tock, Bitches, episode 2 was titled Bedlam and episode 3 was titled The Talented […] 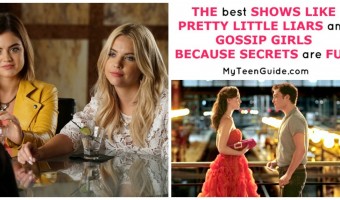 My TV watching stream is feeling a little empty today, so I have been searching for the best shows like Pretty Little Liars and Gossip Girl. Chances are pretty good if you’re a fan of either Pretty Little Liars or Gossip Girl, you’ve seen them both! (and if you haven’t then you should because ah-mazing!) […] 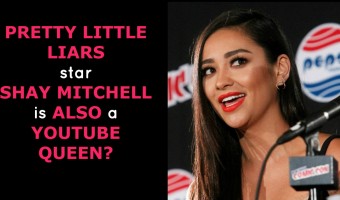 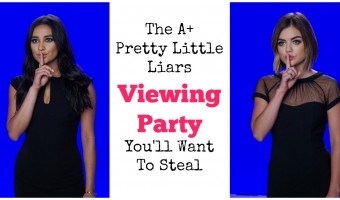 I think it’s fair to say that many of us are craving some new Pretty Little Liars episodes, and I am taking charge by planning my Pretty Little Liars viewing party ideas now! Season seven is currently scheduled to premiere June 21, 2016! Are you ready for more twists and turns? I know I sure […]