The best high school movies on Netflix are those with characters that we can relate to!

As much as I love a good drama or horror movie, sometimes I just want something that makes me say, “same!”

It’s good to know I’m not alone when it comes to dealing with frenemies and popularity contests!

RELATED: Other Awesome Movies To Binge Watch for Back To School 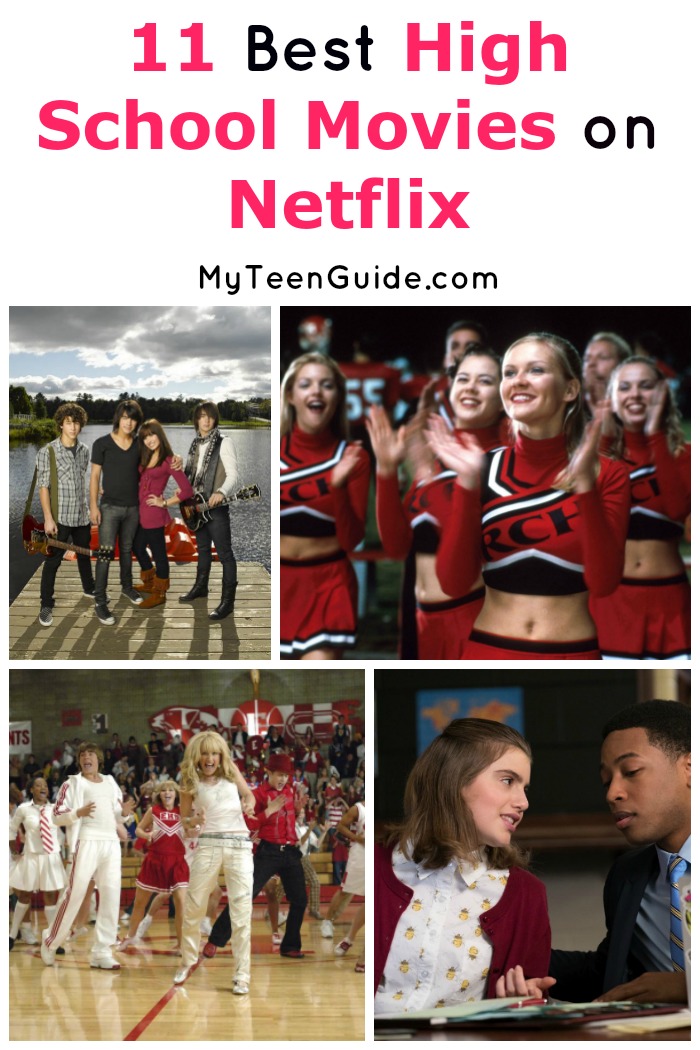 If you’re looking for some good flicks to watch with your friends this weekend, you have to check these out!

They really are the best high school movies on Netflix!

While these movies are available on Netflix, I’ve also included links when available to watch it on Amazon in case you prefer to watch them there.

The first in the trilogy of Disney Channel Original Movie, High School Musical is pretty much the epitome of high school movies on Netflix. Although it received an average score on Rotten Tomatoes and IMDB, the film won multiple awards, including Teen Choice Awards and a couple of Emmy Awards!

This totally would have been a summer camp I would have gladly gone to! It stars Demi Lavato and Joe Jonas. Here’s a quick rundown of the plot:

Another one of Disney Channel’s most popular high school movies on Netflix, Teen Beach Movie is the perfect back to school movie! While the movie only scored slightly above average among IMDB users, it received a whopping 86% on Rotten Tomatoes!

Yet another Disney Channel movie (they really do seem to make the best teen movies, don’t they?), I’ve seen this one quite a few times!

Danforth Academy is an upscale boarding school, and one with a big problem, someone is making the students sick.

Reality High (listed as #REALITYHIGH) is a Netflix original movie that has mixed reviews, but I really thought it was a great flick! Years ago, the popular mean girl in high school was just that: popular only in her high school. Now, with social media, she can have millions of rabid followers just waiting to do her bidding! Basically, there’s no escape!

Yes, Unfriended is a found footage, supernatural, horror movie, but it does take place in a high school setting! It’s a super creepy cautionary tale and a not-so-gentle reminder to be nicer to people!

Ever wish you could just hide until your teen years are over? Well, in 13 Going on 30, Jenna Rink does just that!

Bring it On is one of my all-time favorite high school movies on Netflix! In fact, I just rewatched it a couple of weeks ago.

Another great movie about the less-than-popular rising up to take down the Queen Bee, The Outcasts has a very Mean Girls 3 vibe to it.

Even if you have seen some of these before, they are worth another watch!  Plan a Saturday sleepover with your besties and binge watch some movies about high school.  After all, they all seem to be going through the same things, right?

What are some of your favorite high school movies on Netflix? Share below!