The networks have released their fall TV schedule and there are some awesome and highly anticipated new Fall TV shows coming.

If you’re looking for some new great shows to watch this year, you’ll love my list!

There is something for everyone, from comedy to drama to reboots! 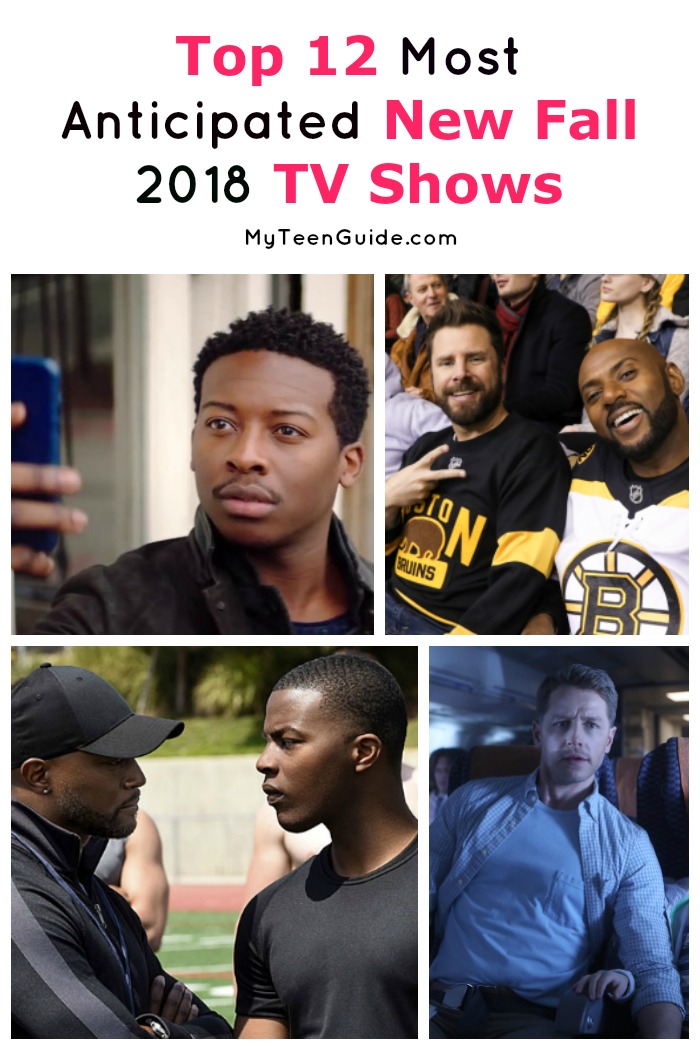 Here are some of the most anticipated TV shows coming this fall!

Plus, check out my predictions for whether or not the shows will last!

Affiliate links included below. If you make a purchase through these links, we earn a small commission at no extra charge to you. Thank you for your support! All times are for Eastern Standard Times.

Drama- No premiere date has been announced yet, but the series is set to air on Wednesdays at 10 PM.

My prediction: I think this one has a real chance to become the next This is Us as far as hits go. If you’re a fan of 80s movies, it definitely has a The Big Chill

Comedy- No premiere date has been announced yet, but the series is set to air on Wednesdays at 9:30 PM.

My Prediction: Sadly, as great as this show sounds, I don’t think it will make it past the first season. Comedies are a dime a dozen, as the saying goes, and so few of them really strike gold. Then again, producer Meriwether already has one major hit under her belt: The New Girl. That’s another show I didn’t think would survive, yet it’s been pleasantly surprising!

3. The Kids are Alright

Comedy- No premiere date has been announced yet, but the series is set to air on Tuesdays at 8:30 PM.

Prediction: This one kind of reminds me of That 70s Show, although with more kids! Five years ago, I would have predicted that it would flop. However, with TV shows like The Goldbergs and Fresh Off the Boat becoming such huge hits, a show set a decade earlier than those two just might make it.

Drama- No premiere date has been announced yet, but the series is set to air on Sundays at 8 PM.

Prediction: My opinion on this one is that it won’t last.When you take on shows dealing with religion, there is always controversy. At least it is a drama and not a comedy, but still, religion is a touchy subject with a lot of TV viewers. Look at shows like Joan of Arcadia and the more recent Kevin (Probably) Saves the World. Neither lasted very long.

Comedy- No premiere date has been announced yet, but the series is set to air on Mondays at 8:30 PM.

Prediction: I think this show is going to be pretty good and has a real chance of making it. I think it is a situation that many couples can relate to. Well, maybe not the whole part about living with a mega star, but we’ve all fallen into ruts in our relationships, right?

Drama. No premiere date has been announced yet, but the series is set to air on Mondays at 9 PM.

Prediction: While I loved the original Magnum, P.I

., reboots don’t tend to do as well as their original. Take for example, Charlie’s Angels. The original series aired for 5 seasons, but the reboot only lasted 1 season. The exception is, of course, Hawaii Five-O, which has aired for 8 seasons so far. Oh, and you just can’t replace Tom Selleck, as he made the character of Thomas Magnum.

Comedy.  No premiere date has been announced yet, but the series is set to air on Mondays at 8 PM.

Prediction: This one is hard to predict! My gut says it won’t last, but Jim Reynolds produced one of my favorite shows: The Big Bang Theory. That alone makes me think it could make it!

Prediction: Here is another show that I think looks really good and I think it may actually do well in the ratings. It kinda has a “Lost” feel to it, but I don’t think it will have all the twists, turns and surprises that Lost had.

Prediction: Medical dramas are so hit or miss these days. I think a lot of shows are trying to reach the level of Grey’s Anatomy “epic-ness,” and that’s just not easy.

This series is inspired by real-life professional football player- Spencer Paysinger and focuses on Spencer James, a high school football player from South Los Angeles, who is recruited to play in Beverly Hills. The series stars Daniel Ezra, Taye Diggs and Samantha Logan.

Prediction: All-American is being called The CW’s version of Friday Night Lights. It’s hard to say if this one will be as successful. While the CW has definitely had a few hugely successful dramas, it’s more a destination for all things “super,” from super heroes to Supernatural!

Prediction: The original Charmed is one of my all-time favorite shows, so I’m a little biased. That said,  I really don’t think this reboot will work. I would much rather have seen a sequel than a reboot, where the children of the Charmed Ones come into their power.