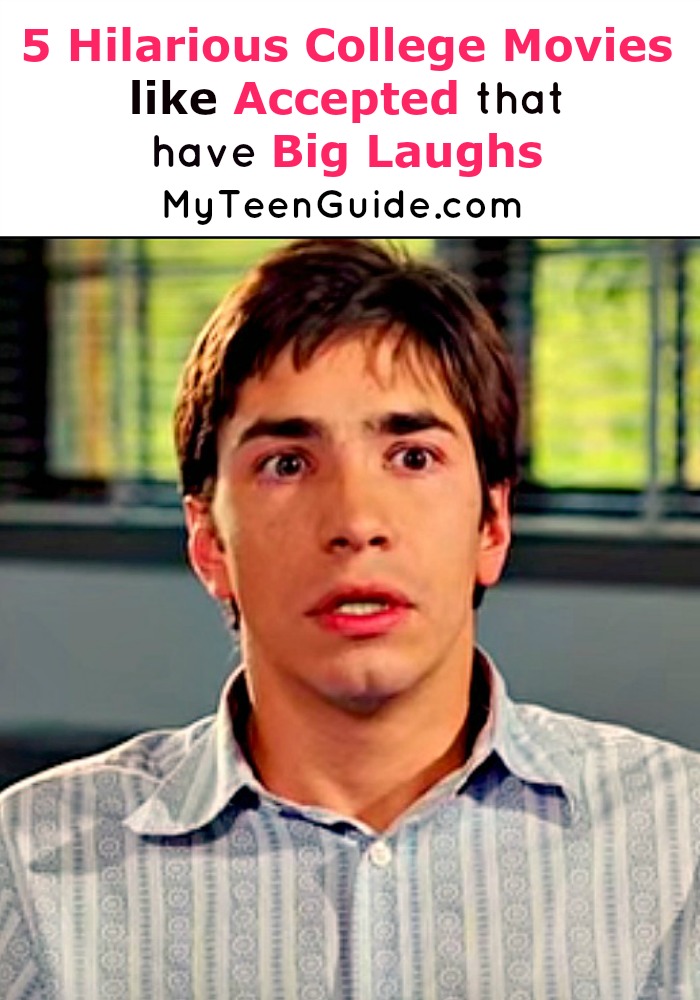 These movies like Accepted are for everyone who gets a good laugh at college life times a million! So maybe this isn’t college life every day, but you sure do find yourself learning through the school of hard knocks sometimes in college! Check out this list of funny movies that will make you laugh whether you’re thinking about past friends or present drama queens and kings!

5 Hilarious College Movies Like Accepted That Have Big Laughs

Accepted is a 2006 comedy movie about the lives of a group of high school graduates, who are rejected from the colleges they applied to, so they create a fake college called the South Harmon Institute of Technology. Accepted stars Justin Long as Bartleby Gaines, Blake Lively as Monica Moreland, Anthony Heald as Dean Richard Van Horne and Lewis Black as Ben Lewis. Here are some other cool movies like Accepted.

National Lampoon’s Van Wilder is a 2002 romantic comedy movie that was inspired by Bert Kreischer’s real life events while he was a student at Florida State University. The movie is about Van Wilder, a senior in his 7th year of college at Coolidge College, who helps undergraduates be successful in life. National Lampoon’s Van Wilder stars Ryan Reynolds as Vance “Van” Wilder Jr., Tara Reid as Gwen Pearson and Tim Matheson as Vance Wilder Sr.

Road Trip is a 2000 comedy road movie that follows the travel adventures of four college buddies from the University of Ithaca, who take an 1,800-mile road trip from New York to Texas, after one of them mistakenly mails a sex tape to his girlfriend. Road Trip stars Breckin Meyer as Josh Parker, Seann William Scott as EL Faldt, Paulo Costanzo as Rubin Carver and DJ Qualls as Kyle Edwards.

Orange County is a 2002 comedy movie about the life of Shaun Brumder, who strives to attend Stanford University. However, his guidance counselor, Charlotte Cobb, doesn’t send his high school transcript to Stanford but mistakenly sends the transcript of another high school student, one who is not nearly as intelligent as Shaun. Orange County stars Colin Hanks as Shaun Brumder, Jack Black as Lance Brumder, Catherine O’Hara as Cindy Brumder, John Lithgow as Bud Brumder, Schuyler Fisk as Ashley and Lily Tomlin as Charlotte Cobb.

Oh many, I could laugh at American Pie all day! (Plusall of the sequels, well maybe except the really bad ones! haha) Tell me which of these movies like Accepted crack you up!