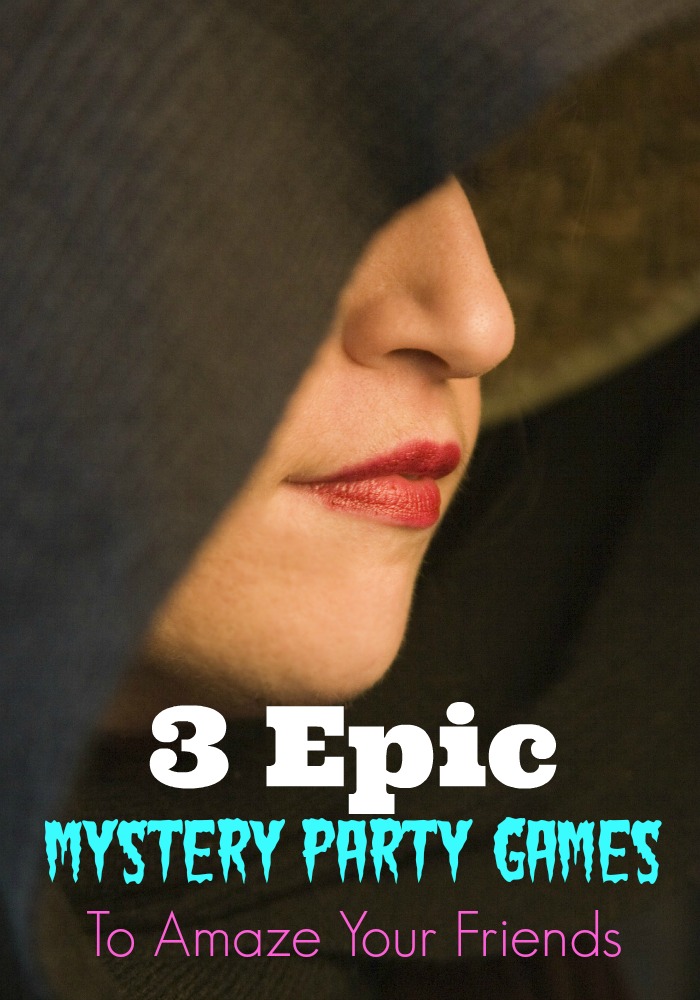 To play this mystery party game, you need two people who know the trick. Tell the group that two people have a psychic connection and can read each other’s minds. One of the two “psychics” then leaves the room. We will call the person who stays in the room psychic one, and the person who leaves the room psychic two. The group then decides on an object in the room that the psychic two will need to guess. Once the group decides on an item, psychic two is then allowed back in the room. Then psychic one then starts pointing out items in the room. Is it Molly’s t-shirt? Is it this chair? The psychic 2 continues saying no until psychic one picks an item that is black. “Is it this pen in my hand?” for example. After picking a black item, the next item psychic one names is the item the group picked and psychic two then guesses correctly. Another round it played until the rest of the players can figure out the trick! Between rounds, psychic one and psychic two can switch places of who goes outside the room, as they both know the trick. One of the two psychics MUST be the caller for the psychic connection to work! This game always has me laughing SO hard.

For this game, you need a piece of paper for each person playing, and this game is also best played with at least six to eight people. On every card write the letter V for victim, except on one write M for murderer. The cards are passed out, and everyone keeps their letter to themselves, before passing them back. Then the lights are switched off, and the person who is the murderer taps one person on the arm. The person tapped immediately pretends to be dead. The light is then switched back on. Players take turns making a guess as to who the murderer is. The murderer does guess, the person who is now “dead” does not guess. Once everyone has guessed the murderer speaks up. Players are awarded a point for a right guess, and loose a point if they guess wrong. At the end of the game, points are added to declare a winner!

Here is a fun murder mystery game to play, but it only works once with the same group until everyone knows the trick. This game is best played with at least five people, but can be played with more.  Have everyone sit in a circle on the floor. The leader says that there is a mystery that the group has to solve. The leader then says “I received the sticks (open/closed) and my friend on my right is (open/closed.) As you say your statement, if you are open you cross the sticks, and if you are closed, you keep the sticks uncrossed.  Each person around the circle then gets a chance to repeat the phrase and guess is they are open/closed and if the person next to them is open/closed. The answer to this riddle is if the person is sitting criss cross applesauce, they are “closed” and if they are not crossing their legs, they are “open.”

If the person is not sitting with legs or ankles crossed they are “open.” After each person guesses, the leader tells them if they are right or wrong before it is the next person’s chance to guess. If some people figure out the mystery first, ask them to keep the answer to themselves until others figure out the mystery. Play ends when everyone figures out the answer, and can sometimes take more than one round around the circle. If the game comes around the circle a second time, you may want to switch whether your legs are open or closed slyly as the leader.

So lovelies, what are your favorite mystery party games? Tell me in the comments!