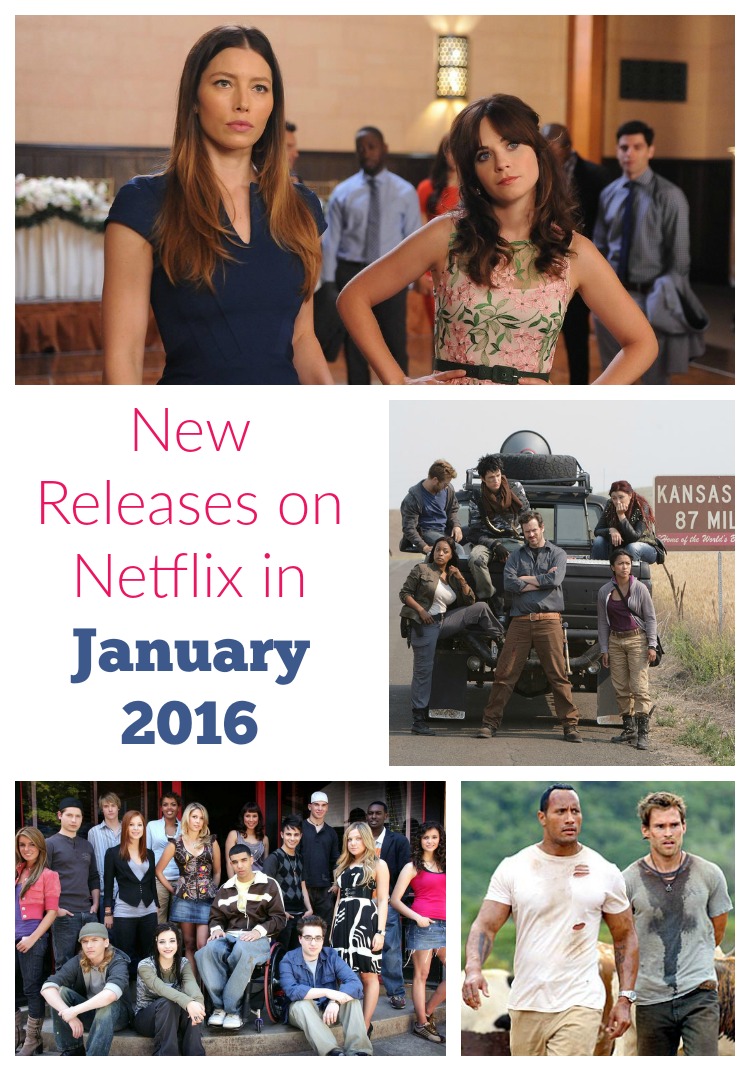 Netflix is bringing some awesome movies and TV shows to its lineup in January 2016. Between Season 4 of New Girl, Season 7 of Parks and Recreation and Turbo Kid, there will certainly be a movie and/or TV show for you to watch. Here are the new releases on Netflix in January 2016.

New Releases on Netflix in January 2016

2 Fast 2 Furious is filled with fast, shiny cars. The Bring It On movies feature rival cheerleading teams. House of Wax features teen favorites Elisha Cuthbert, Paris Hilton and Chad Michael Murray. Teens will love the motor racing documentary Journey to Le Mans. Pride and Prejudice movie is based on the 1813 novel of the same name by author Jane Austen. The Rundown features The Rock and Seann William Scott.

New Girl is a television series that showcases the life of Jess and her roommates, three single men.

Degrassi: The Next Class is a teen drama TV series that follows a group of students enrolled at Degrassi Community School, showcasing a variety of challenges they face including self-image, teen pregnancy and domestic violence.

Z Nation is a television series in several genres: horror, comedy, drama and post-apocalyptic, that features zombies and heroes.

Turbo Kid is a dystopian action-adventure comedy movie that takes place in a post-apocalyptic wasteland.

Are you looking forward to any of these new releases on Netflix in January 2016? Tell us in the comments!