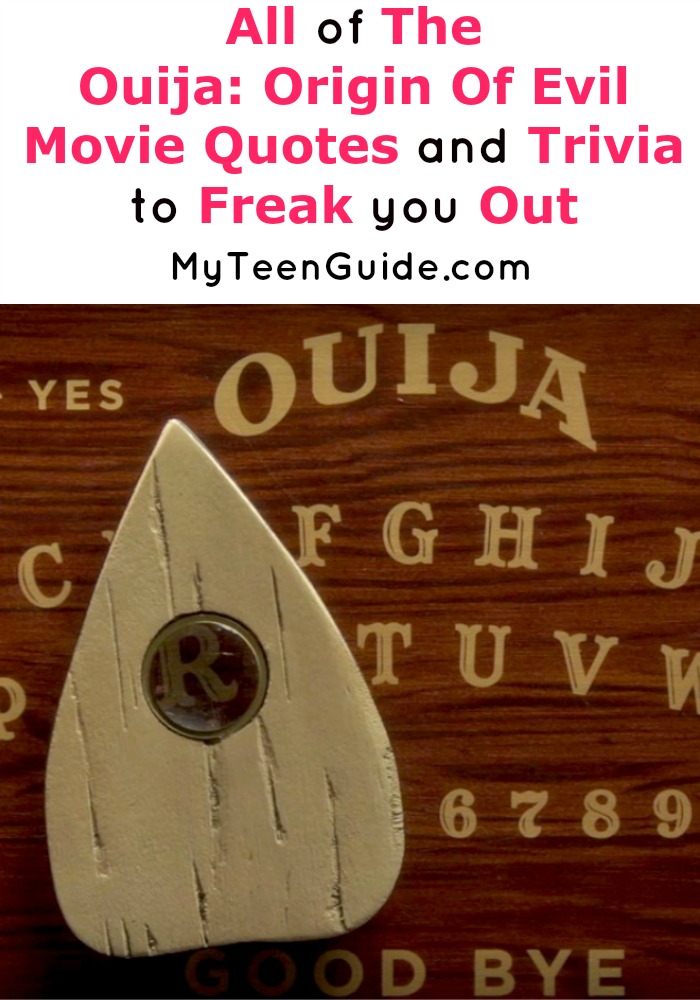 Who else is looking for Ouija: Origin of Evil movie quotes and trivia bits before the movie hits theaters? Me!! This film looks pretty freaky! This crazy movie reminds me a little of the classic movie The Exorcist and looks promising for a few good scares. Check out more insider  Ouija: Origin of Evil movie quotes and other bits of trivia that will get you excited about this new film.

All Of The Ouija: Origin Of Evil Movie Quotes And Trivia To Freak You Out

Ouija: Origin of Evil is an upcoming supernatural horror movie that is set to be released in theaters on October 21, 2016. The film takes place in 1967, 50 years before the first movie, Ouija in 2014 and centers on a mother and her two daughters, who unexpectedly invite an evil entity into their home. The film stars Elizabeth Reaser as Alice Zander, Annalise Basso as Paulina Zander and Lulu Wilson as Doris Zander. Here are some cool trivia and quotes from Ouija: Origin of Evil.

They should have never looked through the planchette. Get tickets to #OuijaMovie: http://unvrs.al/OOETix

Paulina- “Who are you talking to Doris?”

Alice- “An Ouija board, for work.”

Alice- “Your sister’s taking you to school today.”

Doris- “I don’t want to go! I’m going to stay here and talk to my friends.”

As friends we gather…Ouija: Origin of Evil – in theaters October 21.

Priest, talking to the Zander family about the Ouija board:

Priest- “The spirit world is dangerous. By using the board you’ve opened up a portal.”

Conversation between the priest and Alice Zander:

Priest- “I’m concerned about your girl.”

Alice- “What’s this about, Father?’

Conversation between Laine Morris and Sarah Morris, while using the Ouija board:

Laine- “Sarah, if you’re pushing it that is really messed up.”

Did these Ouija: Origin of Evil movie quotes and trivia get you excited for the new movie? Tell me what you think about this new film down in the comments!