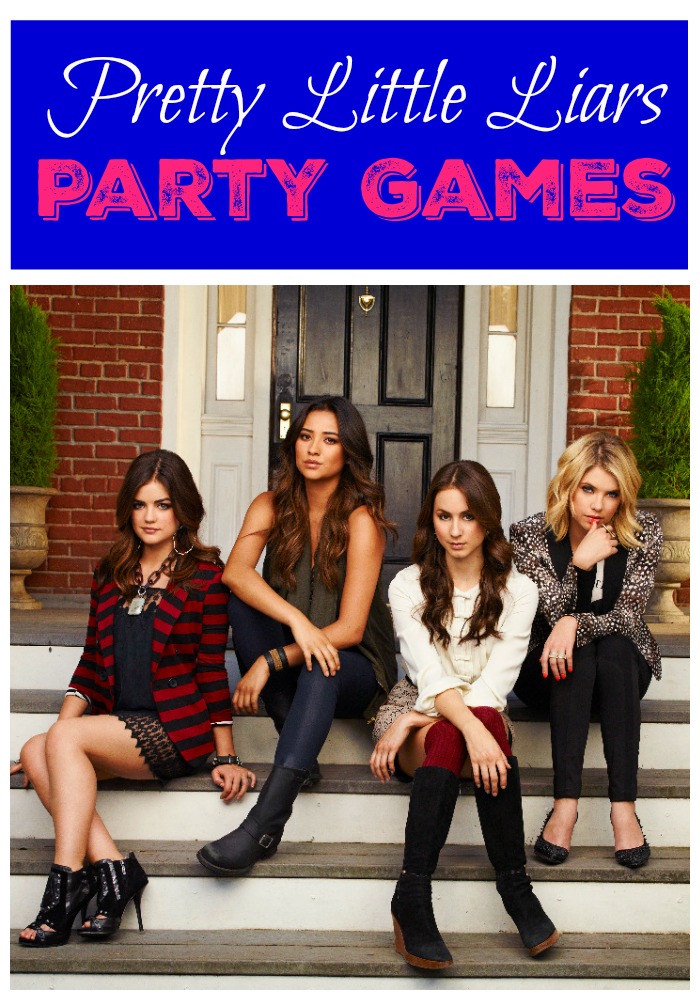 Everyone loves Pretty Little Liars, but it is not easy to find Pretty Little Liars Party games to play! Don’t worry, I have you covered.  I have rounded up some super fun games that are going to be perfect for your party. Once you are done playing games, round out your party with some fun quizzes and show an episode of the show. Ready for your game ideas? Let’s go!

This is a super easy game to do! Give each person a pair of oven mitts to wear and a bowl of kisses from “A.” When you say go each player races to unwrap as many of the kisses as possible while wearing the oven mitts until the timer goes off. Hilarious!

More than once things get a little dicey on Pretty Little Liars, and here’s a game that will have you friends in a dicey situation. Give each player a popsicle stick which they hold in their mouth. Players then try to stack six-sided dice in a tower on top of the popsicle stick. The person with the tallest tower at the end of sixty seconds wins the round!

Pair off everyone in small groups of two to four people per group. Each group gets several stacks of post-it notes and a few markers. Have each group pick a person to be “A’s” target. Teams then compete to cover the person with post-it notes with a note from A on each one. ANY note from A can be on the post-it note. The team with the most notes stuck on their target when the timer dings wins.

For this game, you’ll need a Clue board game and some creativity! Rework the character cards so they are characters from the show. You can do this by simply gluing your pictures over the original cards, then play as you usually would! You can also rework the score cards to include names from the show, but the weapons and rooms can stay the same and still be a hilariously fun game!

Which of these Pretty Little Liars party games will be happening at your party? Tell us in the comments!